The door is “ajar” for diplomacy with Iran but the UK will impose a cost if its new president chooses hostilities, the foreign secretary has said, describing this as a “crossroads” moment.

Dominic Raab said the inauguration on Thursday of Ebrahim Raisi – a hardline cleric – creates opportunities at a time of tensions after London accused Tehran of attacking an Israeli-linked tanker off Oman last week, killing a British national and a Romanian. “There is a new president who is inaugurated this week and there’s a crossroads, a set of opportunities,” Mr Raab said in an interview at the Foreign Office.

“Equally, the door is always ajar … for diplomacy and a batter path forward, but we cannot have incidents like the attack off the coast of Oman without Iran being held to account.”

The foreign secretary vowed a “concerted response” following the suspected drone attack against the Mercer Street tanker a week ago.

He declined to say what specific actions would be taken, nor whether it might include a military element.

“We don’t start signalling in media interviews or on Twitter precisely what we do,” Mr Raab said. 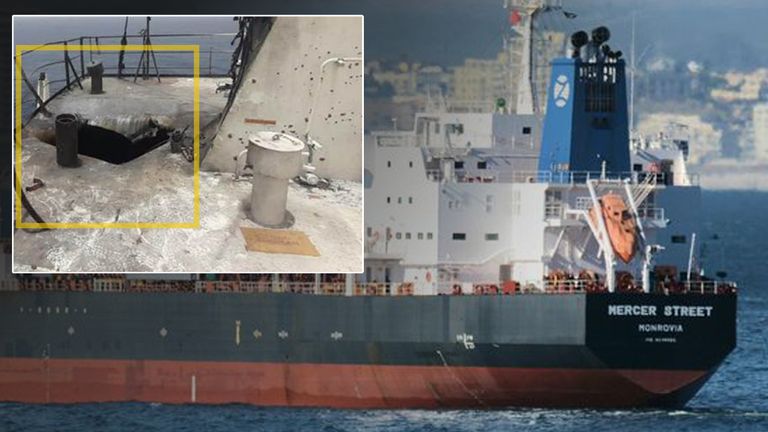 The UK, Romania and Liberia – the tanker was operating under a Liberian flag – have written to the United Nations Security Council president to draw attention to the tanker attack. Britain will raise the issue at a security council meeting in New York on Friday.

Britain also summoned Iran’s ambassador to a meeting at the Foreign, Commonwealth and Development Office on Monday.

In addition, other allies, including the United States and the NATO alliance, have released statements condemning the attack.

Adding to the tensions, a second tanker was targeted on Tuesday in what the UK described as a “potential hijack”.

Armed men, which sources said were probably backed by Iran, boarded the Asphalt Princess off the coast of the United Arab Emirates but by Wednesday morning the attempted seizure was over and the vessel was declared to be safe.

Iran has again denied any involvement. Mr Raab was also asked about the situation in Belarus under the regime of Alexander Lukashenko. Lithuania has accused Minsk of using migrants from Iraq as a weapon against the European Union – the country has allowed thousands of migrants to come to Belarus and then move across its border into the neighbouring Baltic state.

The foreign secretary described this action as “appalling”.

He also said other activities – including attempting to force a Belarusian athlete to return home from the Olympics after she criticised her managers – as “appalling” and signalled that the UK may be looking at further moves to hold the Lukashenko regime to account.

“We will be saying more on that shortly,” he said.