Donald Trump released a video on Twitter before the social media giant censored the post. Mr Trump addressed the audience telling them to “go home” before saying “this was a fraudulent election”. He was speaking out as violence raged across Capitol Hill and the National Guard prepared to act. 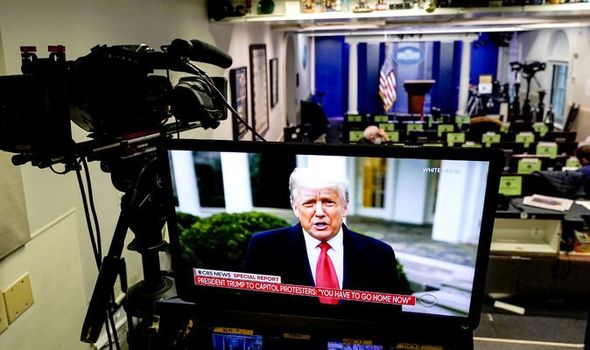 The video came after President-elect Joe Biden called for the Mr Trump to speak as protestors ran amok on Capitol Building.

Many stormed the building and broke into congress. Some were said to have made their way to Nancy Pelosi’s office.

The scenes received global condemnation including from business leaders and UK Prime Minister Boris Johnson who called them “deplorable”.

The violence came at the same time a runoff election in Georgia put control of Congress into Democrat’s hands. 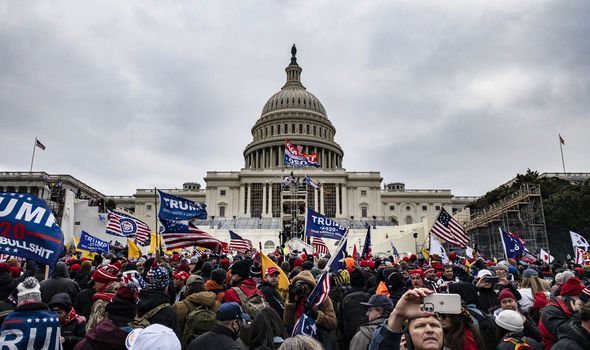 What did Donald Trump say?

Donald Trump had earlier spoken from a perspex box where he made a series of claims including denouncing Vice President Mike Pence for refusing to stop the handing over of power.

Following the violence, Mr Trump released a recorded video in which he urged people to go home but also raged against what he alleged to be a “fraudulent election”.

He said: “We had an election that was stolen from us, it was a landslide election and everyone knows it, especially the other side.

“But you have to go home now.

“We have to have peace, law and order and we have to respect our great people in law in order. 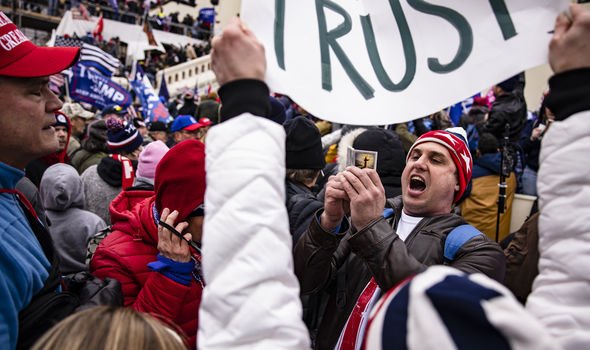 “We don’t want anyone hurt and it is a very tough period of time, there has never been a time like this where such a thing happened where they can take it away from all of us, from me, from you and from our country.

“This was a fraudulent election but we can’t play into the hands of these people, we have to have peace.”

In the video, Mr Trump addressed his supporters, who had clashed with police in Washington DC forcing a lockdown at the US Capitol building.

In the video the president told protesters that they “have to go home now”, adding “we don’t want anybody hurt”, but he also claimed that “this was a fraudulent election”.

Twitter added a warning to the video, which read: “This claim of election fraud is disputed, and this tweet can’t be replied to, retweeted, or liked due to a risk of violence”.

The US Capitol building was overwhelmed by mobs of Trump supporters on Wednesday, and there were reports of one person being shot during skirmishes between rioters and police.

The TwitterSafety account also tweeted: “In regard to the ongoing situation in Washington, D.C., we are working proactively to protect the health of the public conversation occurring on the service and will take action on any content that violates the Twitter Rules.”

It continued: “In addition, we have been significantly restricting engagement with tweets labelled under our civic integrity policy due to the risk of violence.

“This means these labelled tweets will not be able to be replied to, retweeted, or liked.”