JERUSALEM (Reuters) – A rising death toll in the coronavirus crisis is forcing a change in Jewish and Muslim burial and mourning traditions in the Holy Land. 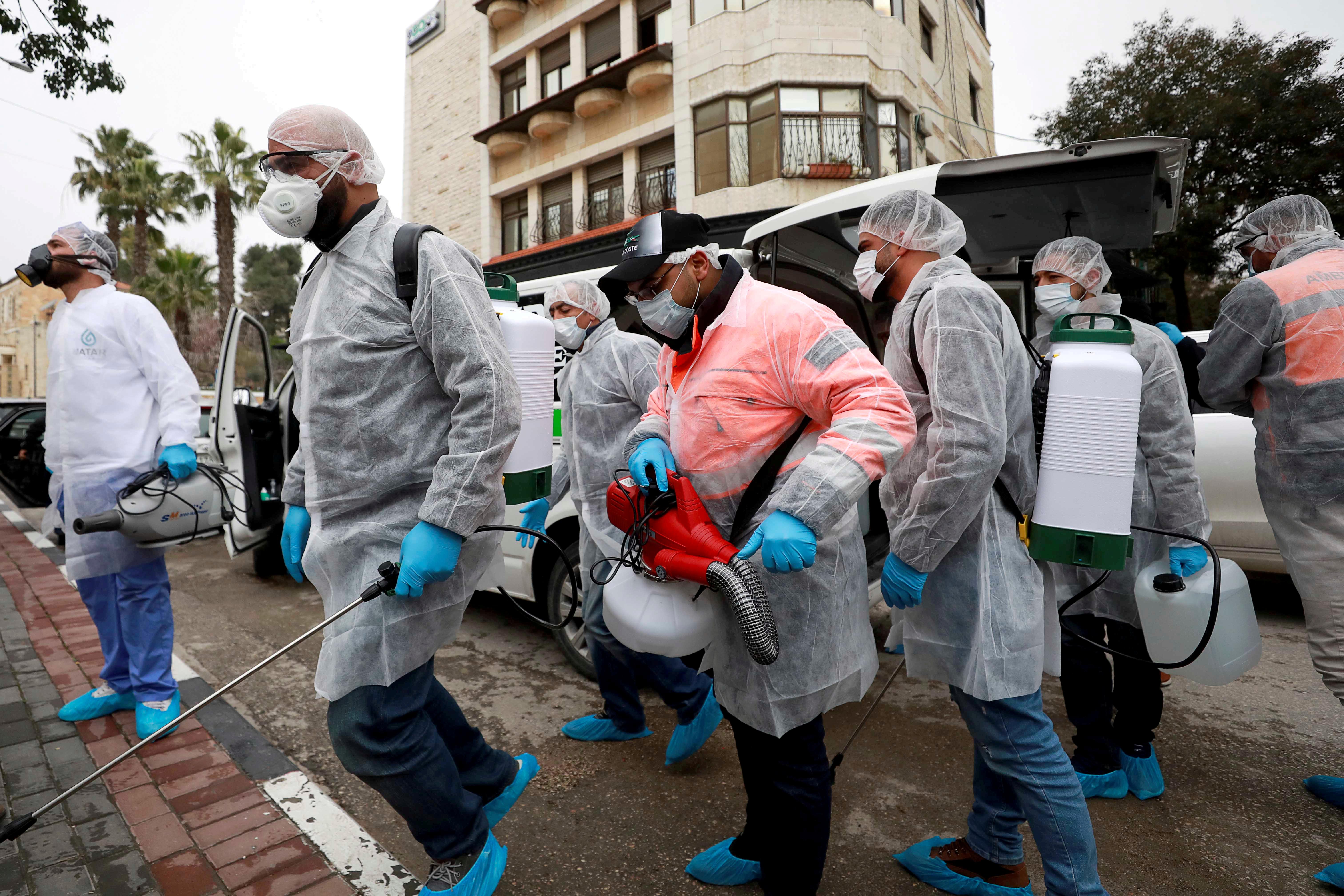 In Israel, Jewish dead are normally laid to rest in a cloth smock and shroud, without a coffin. Now, the bodies of coronavirus victims are taken for ritual washing – performed in full protective gear – wrapped in impermeable plastic.

They are wrapped again in plastic before interment.

“Feelings are very much mixed,” said Yakov Kurtz, who works for Chevra Kadisha, the main group overseeing Jewish burials in Israel. “We don’t know what to expect, we don’t know how many dead we will have to tend to. There are many fears.”

New decrees for handling the coronavirus dead have been given for Muslim burials, said Sheikh Muhammad Hussein, Grand Mufti of Jerusalem and the Palestinian Territories.

“This is a rule of necessity and necessities allow for prohibitions, therefore the deceased is not washed, nor shrouded and is buried in a plastic body-bag,” Hussein said.

Israel has reported 29 coronavirus deaths so far. The Palestinians have confirmed one fatality so far.

Funerals and mourning rituals have changed for everyone since Israeli and Palestinian authorities imposed stay-at-home directives and restricted the size of public gatherings to try to halt the spread of infection.

Funerals in Israel can be attended by no more than 20 people in an open space only. Social distancing rules mean that embracing the bereaved is just not done.

That has affected the Jewish tradition of Shiva – a seven-day period that begins after a funeral, in which people come to the family home to offer condolences, bring food and reminisce about the departed.

In Gaza and the occupied West Bank bereaved families have taken to accepting condolences over social media.

Ihab Nasseraldin lost his brother to cancer last week. His body was taken from the hospital to the cemetery, and the family could not hold a service they had planned at Jerusalem al-Aqsa’s mosque.

“We buried him and condolences were accepted at the burial site. We had already requested everybody not to shake hands, no hugging or kissing, which is custom here. This was uncomfortable,” said Nasseraldin.

Few were able to attend the funeral. Friends and relatives were told not to visit the family home during the customary three-day mourning period.

“I truly feel sad that we were not able to pray at al-Aqsa over the body,” said Nasseraldin. “But there is nothing we can do. May God accept this from us.”