Cubans are set to vote on Sunday on a new constitution that limits president’s term, broadens discrimination ban. 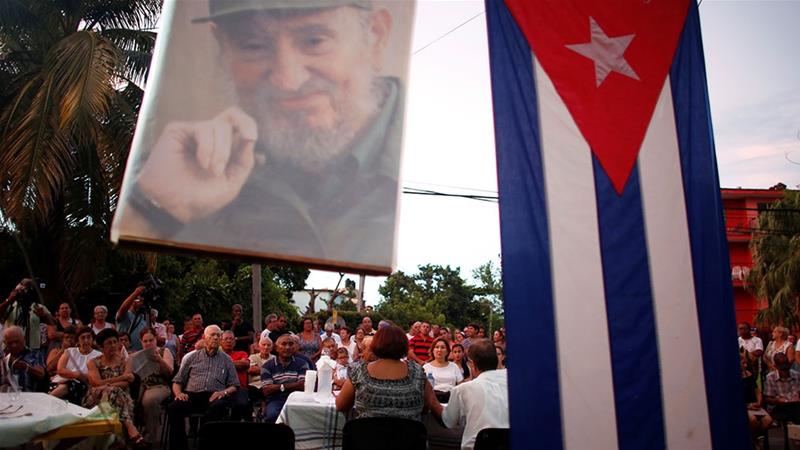 Cubans will decide on Sunday whether to accept or reject a draft new constitution that recognises the free market while still enshrining communism as the island’s official political ideology.

The National Assembly approved the updated version of the Cold War-era 1976 constitution in December after a popular consultation process.

In addition to recognising private property, the new charter also limits the president to serving two consecutive five-year terms, creates the position of prime minister to oversee day-to-day state affairs, introduces a presumption of innocence in the judicial system, and extends a ban on discrimination to include on the basis of sexuality and gender identity.

An earlier draft enshrined marriage equality, but the version to be put to a vote removed the clause and delayed defining marriage in response to church pushback.

“The Cuban reality has been changing in the last decades and especially in recent years,” said Luis Carlos Battista, a Stephen M Rivers Memorial Fellow at the Center for Democracy in the Americas.

The private sector, for example, already has been expanding on the island for years. “The constitution needed to be updated,” he told Al Jazeera.

Supporters say it’s a constitution for modern-day Cuba, reflecting developments on the island since the end of the Cold War and, more recently, the thawing of more than half a century of frozen relations with the United States.

Critics say the changes fail to restructure political power by keeping intact the one-party system and not introducing a direct vote to elect the president.

State media has widely promoted a “yes” vote, while the opposition has pushed for a “no”.

Andres Pertierra, a Cuban-American historian based in Washington, DC, told Al Jazeera the vote serves as a referendum not just on the new constitution, but also on the government of President Miguel Diaz-Canel, who took office last year, succeeding Raul Castro.

Pertierra said that a sizeable “no” vote could be a “huge symbolic win” for Cuba’s opposition. The 1976 constitution was adopted with the approval of 97.7 percent of voters.

“There are different visions even among government supporters of where the government should go,” Pertierra added. “But as long as US foreign policy is aggressive as it is, those things will be subsumed behind the need for unity.”

Long hamstrung by the 60-year-old US embargo and impacted in recent years by a strain on its oil access amid economic crisis in Venezuela, Cuba has recently sought to make its economy more sustainable in the long-term.

More than 580,000 Cubans are now independently employed, according to government statistics.

This week, the government announced reforms to clear additional activities for entrepreneurial ventures, including artistic production.

Despite opening up the economy, President Donald Trump has called into question the historic normalisation of US-Cuba relations achieved between former Presidents Barack Obama and Raul Castro, casting doubt on the potential deepening of economic ties between the two nations.

“I don’t think the fact that we’re having a referendum with likely high approval is going to change the US policy of hostility whatsoever,” Francisca Lopez Civeira, history professor at the University of Havana, told Al Jazeera.

“There’s a very aggressive policy in relation to Latin America as a whole and Cuba continues to be a target of regime change,” she continued. “All governments have had this objective from Eisenhower to Trump.”

Last month, the Trump administration hinted it could be considering activating a US law, dormant since it was created in 1996, that would allow lawsuits against companies profiting from property seized by the Cuban government in the wake of the 1959 revolution.

Potential litigation through the measure, known as Title III of the Helms-Burton Act, could make companies and investors from other countries increasingly wary of sinking cash into Cuba.

“Enacting Title III is a mistake for US national interests,” argued Battista. The move would likely alienate US allies including Canada, Mexico, and the European Union, spur a flood of lawsuits in US courts, negatively affect US business efforts in Cuba, and sour the potential for future normalization of bilateral ties with Cuba, he said. 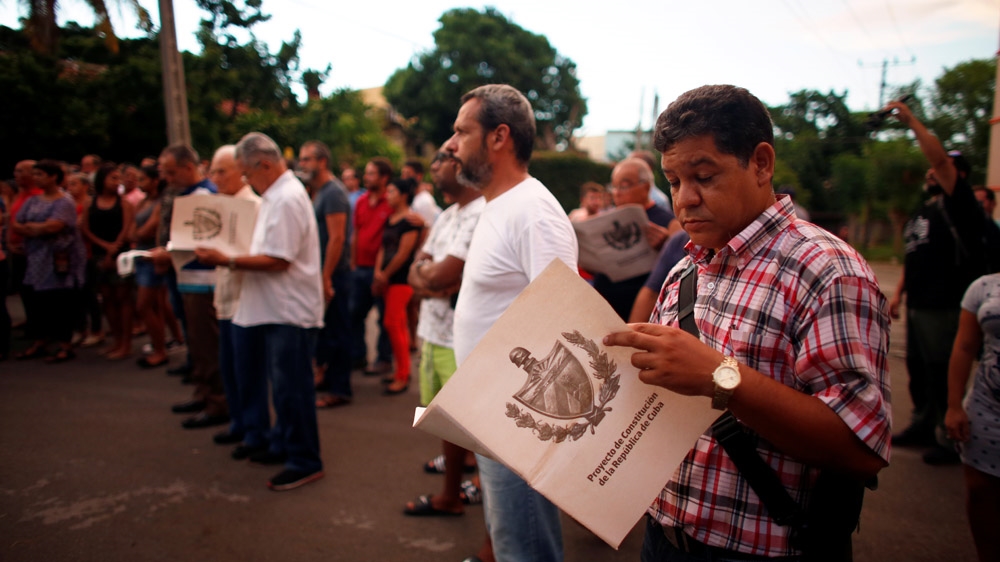 It’s unlikely the new constitution will change Trump’s mind on Cuba. The US president railed against Cuba this week in a speech in Miami in which he called the Venezuelan military to break ranks with President Nicolas Maduro.

“The days of socialism and communism are numbered not only in Venezuela, but in Nicaragua and Cuba, as well,” Trump said, also declaring “socialism is dying”.

“Our response: mobilisation for peace and against imperial intervention in Latin America and a successful triumph when we vote yes,” Diaz-Canel continued, using the hashtags for the referendum “Yes” campaign.

An earlier draft of the Constitution omitted communism, instead describing Cuba’s aspirations as socialist. But after the popular consultation, the phrase stating Cuba’s objective of “advancing toward a communist society” was added to the version to be put to a vote.

Lopez Civeira noted this was a result of popular demand to maintain the “aspiration” of building a “more just, more inclusive society” through communism.

The referendum is scheduled on the anniversary of the 1895 launch of Cuba’s independence war against Spain. Eight million Cubans are eligible to vote.