The international community has criticised a World Health Organisation (WHO) report into the origin of the coronavirus, claiming it is “lacking crucial information, access and transparency” and should be “free of surveillance”.

The report was released on Tuesday after experts travelled to Wuhan in China – the city where illnesses from COVID-19 were first detected in late 2019.

The UK, US, Australia, Israel and Canada were among 14 countries to issue a joint statement in which they said they had “shared concerns” over the report and that “we support a transparent and independent analysis and evaluation, free from interference and undue influence”. 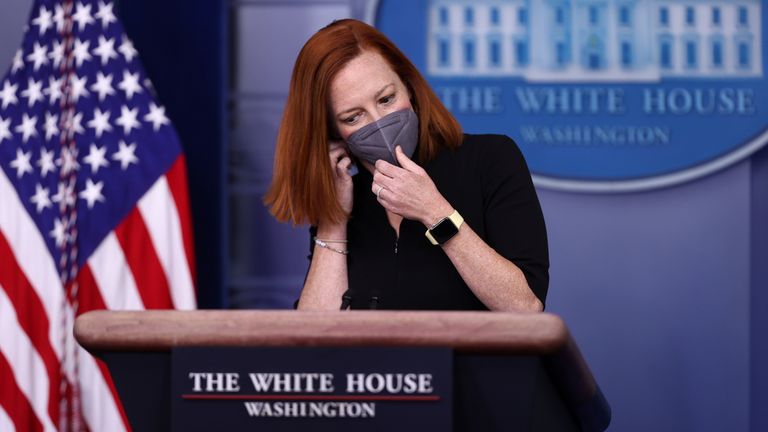 But a co-leader of the joint study in China, Liang Wannian, has claimed the work was “all done together” and denied data was not made available.

Japan has called for further studies to be carried out, claiming the WHO report was based on work that faced delays and lacked appropriate access.

Chief cabinet secretary Katsunobu Kato said: “In order to prevent future pandemics, it is indispensable to carry out prompt, independent and experts-led investigations that are free of surveillance.

“We are concerned that the latest investigation faced delays and the lack of access to virus samples.

“We will further cooperate with other countries in carrying out additional studies that are still necessary.”

White House press secretary Jen Psaki said President Biden “believes the American people, the global community, the medical experts, the doctors, all of the people who have been working to save lives, the families who have lost loved ones, all deserve greater transparency”.

She added: “There’s a second stage in this process that we believe should be led by international and independent experts.

“They should have unfettered access to data. They should be able to ask questions of people who are on the ground at this point in time, and that’s a step the WHO could take.”

The report said the virus had most likely come from bats and then spread to an unidentified mammal before being transmitted to people.

It called a laboratory leak an unlikely route of transmission that did not warrant further study.

WHO director-general Tedros Adhanom Ghebreyesus said China had withheld data from international investigators during their visit to Wuhan, where the coronavirus was first identified.

But Liang Wannian said Chinese and international researchers had access to the same data throughout the investigation and that the claims about lack of access were not accurate.

He said: “Of course, according to Chinese law, some data cannot be taken away or photographed, but when we were analysing it together in Wuhan, everyone could see the database, the materials – it was all done together.”