The agency says people who were in close contact with an infected person should be tested even if showing no symptoms. South Korea’s virus tracing has brought increased bullying.

As Argentina’s outbreak spreads beyond Buenos Aires, one expert says: “We run the risk of the death rate quickly increasing.” 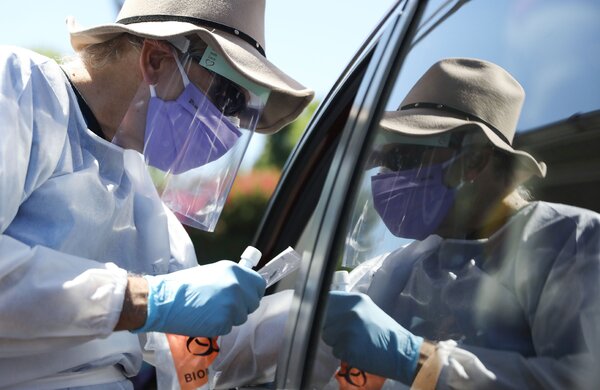 C.D.C. reverses guidance on testing for those exposed to the virus but showing no symptoms.

The Centers for Disease Control and Prevention on Friday reversed a recommendation that people who had close contact with someone infected with the coronavirus did not need to get tested unless they had symptoms.

The change came after widespread criticism of the earlier guideline, as well as reporting from The New York Times that the recommendation had come from political appointees in the Trump administration and skipped the agency’s usual rigorous scientific review.

The Times reported on Thursday that the guideline had been posted on the C.D.C. website despite strenuous objections from the agency’s scientists.

The previous phrasing, which said asymptomatic people who had close contact with an infected person “do not necessarily need a test,” now clearly instructs them: “You need a test.”

Public health experts welcomed the change as consistent with research showing that people without symptoms can spread the virus. Some research has suggested that they are most likely to transmit it to others starting around a day before the onset of symptoms.

“It’s good to see science and evidence taking a front seat for a change,” said Scott Becker, the chief executive of the Association of Public Health Laboratories.

The original guidance, posted on Aug. 24, drew sharp criticism from the C.D.C.’s partners, including the Infectious Diseases Society of America, which urged its members to continue testing people without symptoms.