Israel has announced it will offer a fourth dose of the COVID-19 vaccine to people over 60, saying it is the first nation set to roll it out.

The move comes amid concern over the spread of the Omicron variant – as the first known death of a patient with the strain in Israel was confirmed on Tuesday.

There were at least 340 known cases of Omicron in Israel on Tuesday, the health ministry revealed.

Prime Minister Naftali Bennett said of the extra vaccine dose: “This is wonderful news that will assist us in getting through the Omicron wave that is engulfing the world. 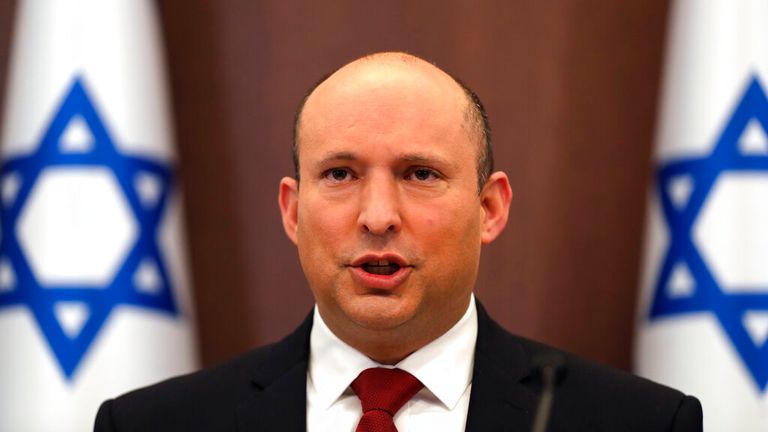 “The State of Israel is continuing to stand at the forefront of the global effort to deal with the pandemic.

“The citizens of Israel were the first in the world to receive the third dose of the COVID-19 vaccine and we are continuing to pioneer with the fourth dose as well.

“I call on everyone who meets the criteria that the members of the committee have set: Go and get vaccinated. Take responsibility for the health and livelihoods of us all.

“The vaccines save lives.”

The first patient with Omicron to die was a man in his 60s who suffered from a number of serious pre-existing conditions, the Soroka Medical Center in Beersheba said.

He died two weeks after he was admitted to a coronavirus ward at the hospital.

“His morbidity stemmed mainly from pre-existing sicknesses and not from respiratory infection arising from the coronavirus,” the hospital said in a statement.

Israel this week expanded a travel ban to countries including the US, Germany, Italy, Turkey and Canada in a bid to stop the spread of the virus. 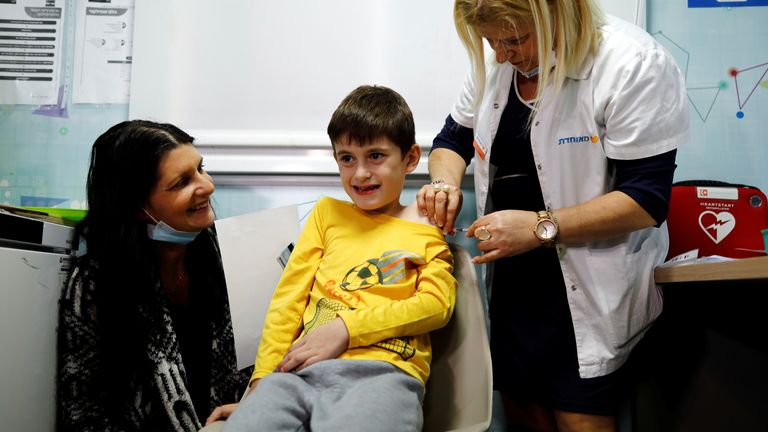 The government is also urging people to work from home, with the prime minister’s office approving reduced office attendance for 50% of public sector workers.

It comes as defence minister Benny Gantz ordered the military’s Homefront Command to brace itself for the possibility of 5,000 new cases each day.

Ministers announced in November this year that children aged 5-11 would be eligible for the vaccine.

Of its 9.4 million population, around 1.2 million children are aged between five and 11.

“The majority of experts on the committee were of the opinion that the benefit of vaccinating this age group outweighed any risk,” the health ministry said in a statement.