Germany will introduce new measures to curb the spread of COVID-19, Chancellor Olaf Scholz has said.

They include limiting private gatherings among the vaccinated to a maximum of 10 people before New Year’s Eve.

He also agreed with the premiers of Germany’s 16 federal states that big events, including football matches, would take place without fans.

It is hoped the measures will encourage people to get vaccinated, as a fifth wave of coronavirus threatens the country. 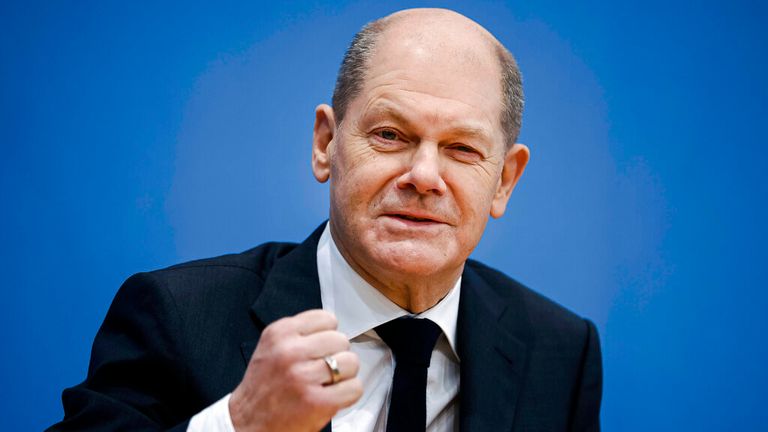 “It is only a matter of weeks before omicron is dominant here,” Mr Scholz said.

Meanwhile officials at Germany’s Robert Koch Institute for infectious diseases have called for “maximum contact restrictions” to be imposed at once.

The nation’s healthcare system has come under fire for being “outdated” – with doctors still mainly communicating via fax machine and paper.

It was revealed on Tuesday that the rollout of a digital prescriptions system in Germany will not meet a legally-binding deadline of 1 January next year, due to delayed testing and a lack of technological infrastructure, the country’s health ministry said.