A top-flight football game in Portugal was abandoned after one team ran out of players due to a COVID outbreak in the squad.

The match saw league leaders Benfica face off against relegation candidates Belenenses – the latter of whom was only able to field nine players at kick-off, including a goalkeeper playing outfield.

Belenenses’s squad was depleted after a player tested positive for COVID having returned from international duty in South Africa – before another 16 cases were reported in the team before the match.

Live COVID updates from UK and around the world 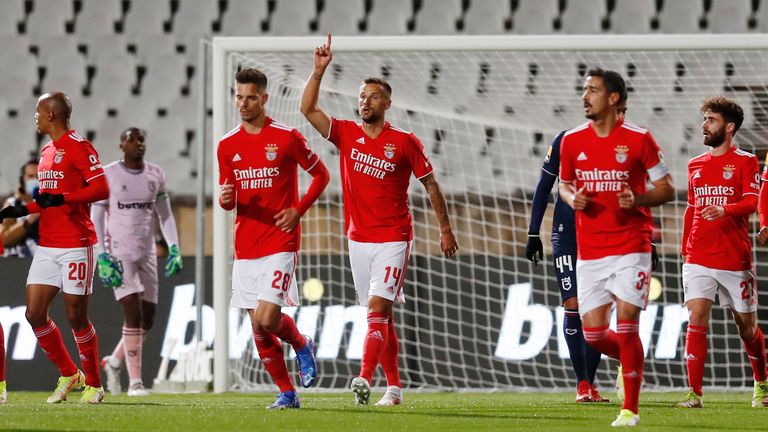 South Africa has seen the highest number of Omicron variant cases – and numerous countries have now placed restrictions on travel to the country.

Despite trying to get the match called off, both teams were made to start the fixture by the league.

Belenenses returned from the break with only seven players on the field.

Shortly after the game restarted, Jaoa Monteiro, the goalkeeper playing outfield, sat down and was unable to continue. With less than the minimum players needed for the game to continue, the referee called off the match – but the 7-0 result has been recorded.

Club president Rui Pedro Soares said: “In the middle of the afternoon we communicated to the Liga that we didn’t want to play the game.

“Playing here today was a shame for all of us.” 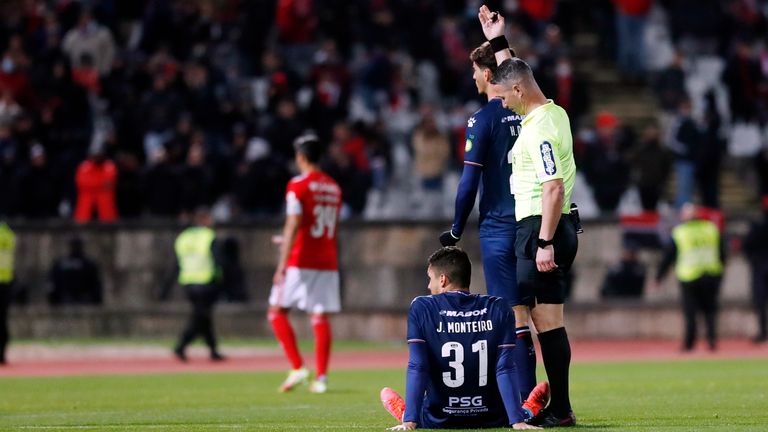 Benfica president Rui Costa said: “We did not like to enter the pitch under these conditions.

“Benfica was forced to do it like Belenenses. I regret what happened today, a dark chapter for Portuguese football and for the country itself.”