Some European countries are starting to relax travel restrictions as the number of new COVID-19 infections falls. 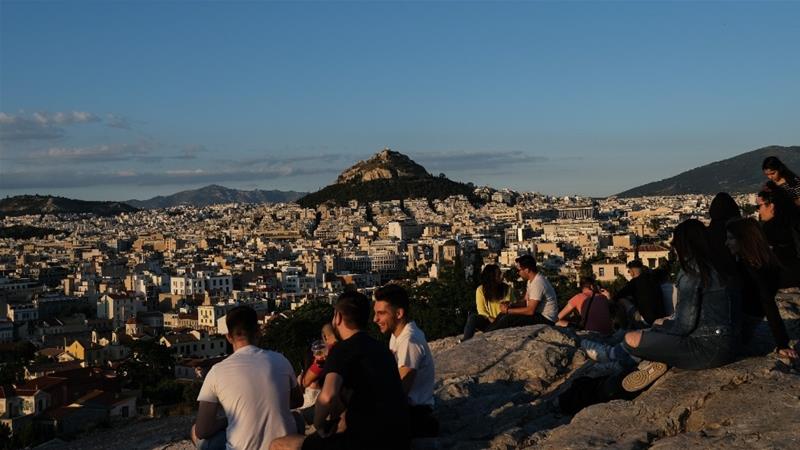 Many European countries have started easing coronavirus-related travel restrictions, with June 15 seeing several of them open up to visitors from certain countries.

Each country is following its own timetable. Here are the details of the current travel policies:

Austria will reopen its borders on June 16, and lift a quarantine requirement for incoming travellers from within the EU, excluding the United Kingdom, Sweden, Spain and Portugal. The country lifted border restrictions last week for all of its neighbouring countries except Italy.

Belgium is opening its borders to and from its fellow European countries on June 15, including the UK and the Schengen Zone countries Liechtenstein, Iceland, Switzerland and Norway.

Bulgaria allows most European travellers to enter freely, but citizens of countries heavily hit by the pandemic, including the UK, Spain, Italy, Ireland, Malta, Portugal, Sweden and Belgium, must spend 14 days in quarantine.

Croatia has opened its borders to citizens of Germany and nine other mostly Eastern European EU states. Other EU nationals need to prove a valid reason to enter, such as a tourist booking confirmation.

Cyprus will allow visitors from countries considered to have dealt with “the pandemic successfully”. Cyprus has created two lists, 19 countries in list A face no restrictions, while in category B they must provide a health certificate. The UK and Russia remain barred for now.

The Czech Republic opened its borders to citizens from more than 20 European countries from June 15. But visitors from the UK, France, Italy, Spain and the Netherlands will be required to take a test or stay in quarantine.

Denmark on June 15 started to allow travellers from Germany, Norway and Iceland to enter. They must show an accommodation booking for a minimum of six nights on their arrival. Tourists are allowed to visit Copenhagen, but their accommodation must be outside of the city.

Slovakia allowed people to travel to and from another 16 European countries from June 10. The border opened a week earlier for the visitors from the Czech Republic, Hungary and Austria. But all new arrivals must go into quarantine for 14 days.

Finland on June 15 opened its border to Norway, Denmark, Iceland, Estonia, Latvia and Lithuania. It also allowed recreational boats from Schengen countries. Visitors from other countries might be allowed in after July 14.

France opened its borders to the European Union and Schengen countries on June 15, excluding Spain until June 21. However, a voluntary quarantine will be requested for the travellers from countries that imposed a mandatory 14-day quarantine “in an uncoordinated way”, including the United Kingdom.

Borders with non-EU countries remain closed to all but essential travel, except for incoming foreign students who can now head to France.

Germany on June 15 stopped its land border checks and removed travel warnings for its citizens for 29 European countries. The country’s travel restrictions for visitors from outside the EU remains in place until at least July 1.

Greece opened its borders on June 15 with international flights limited to Athens and Thessaloniki. Visitors from some countries, including France, Belgium and Italy, will have to be tested on arrival, and go into quarantine, while others will be subject to random tests and no further restrictions.

Hungary has its borders open with Austria, Slovakia, the Czech Republic, Slovenia, Serbia and Croatia. The country is expected to lift a state of emergency on June 20.

Iceland on June 15 lifted its travel restrictions for passengers from the EU and the Schengen Zone, but they have to either get tested for COVID-19 or stay in self-quarantine.

Ireland is to lift all domestic travel restrictions on June 29. From July 20, theatres, cinemas and nightclubs will be allowed to resume operations. On June 18, the government will review a 14-day quarantine for international arrivals as the country seeks to reopen borders in the coming months.

Italy opened its borders on June 3 to visitors from the EU, UK, and Schengen area. Tourists from the rest of the world have to self-quarantine for 14 days on arrival.

Latvia opened its borders to its Baltic neighbours Estonia and Lithuania on May 15 to create a “Baltic Bubble”. Since June 1, there are no border checks with Lithuania. Latvia’s borders, in a similar scheme to the other Baltic states, are open to visitors from the European Union and European Economic Area countries. However, all passengers will have to self-isolate unless their country of origin has had fewer than 15 per 100,000 inhabitants infected in the past 14 days.

Lithuania allows visitors coming from EU and European Economic Area countries where the infection rate is less than 25 cases per 100,000 people in the past 14 days.

Luxembourg opened its border with Germany on May 15.

Malta will open its borders on July 1 to visitors from several European Union and Schengen Area member states, as well as citizens from Israel. Tourists will not need to enter self-isolation if they meet the requirements for entry.

The Netherlands has extended a ban on non-essential travel from outside the EU to July 1. Citizens of the European Union, United Kingdom, Norway and Switzerland can visit the Netherlands. People must self-quarantine for 14 days upon arrival.

Norway opened its border with Denmark and Finland on June 15. By July 20, entry from other nearby European countries may be considered.

Poland on June 13 reopened its borders to visitors from the EU without the obligation of undergoing quarantine. Some domestic flights are operating and international flights are expected to resume starting from July 16.

Portugal aims to open its borders to international visitors on July 1. Travellers will have to present negative COVID-19 test results from within 72 hours prior to travel, or be tested on arrival.

Romania on June 1 eased international travel restrictions. Visitors, including those arriving from the EU, Switzerland and the UK require self-isolation for 14 days.

Serbia on May 22 opened its borders to all foreigners without the need to self-quarantine or to undergo a medical test.

Slovenia opened its borders to tourists coming from the EU, Schengen Area countries and the UK. Visitors from these countries will not need to self-isolate for 14 days upon arrival. Masks are mandatory in public.

Restaurants and bars can operate their patios and some hotels have opened. Transportation remains somewhat limited.

Spain plans to reopen to international tourism from July 1. The country‘s Balearic Islands from June 15 allow thousands of German tourists to fly in for a two-week trial of tourism. Spain’s national state of emergency will be lifted on June 21.

Sweden has opened its borders to visitors from EU countries as well as Iceland, Liechtenstein, Norway and Switzerland. The borders remain closed to non-EU citizens.

Switzerland on June 15 lifted entry restriction on all EU countries, as well as the UK, Liechtenstein, Norway and Iceland.

The United Kingdom since June 8 requires all arrivals, including its own nationals, to self-isolate for 14 days as well as provide journey and contact details. Only people coming from Ireland, the Isle of Man or the Channel Islands will not have to be isolated.