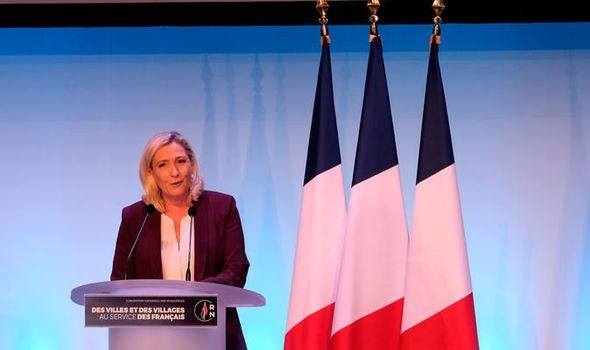 “The French government should be able to anticipate [a possible epidemic] and I would rather it overreact than under-react.” Mme Le Pen added France should have “suspended flights from China” to prevent the disease from spreading across Europe. She told  RTL radio, LCI television and Le Figaro in a joint interview: “What is the point of placing French people repatriated from China under quarantine but at the same time allowing planes coming in from China to land, without any control whatsoever, on national territory?”

Cases of coronavirus cases in Italy, the hardest-hit country in Europe, have surged since Friday to around 220 cases, with seven deaths, prompting the government to impose stringent measures in a bid to contain the outbreak.

But French health officials have disagreed with Mme Le Pen, saying while Paris was particularly watchful of the situation in Italy, border controls were not necessary.

France’s director-general of health Jerome Salomon told France Info radio on Monday: “Border controls are pointless. What we need is a rapid detection of cases.

“The situation in Italy is worrying. And yes, new cases are likely in France because of the proximity between the two.” 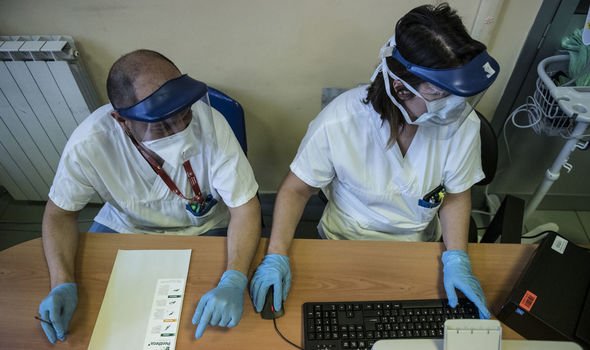 Anyone returning to France from affected towns in Italy “with symptoms must be considered suspicious,” Mr Salomon continued.

French junior transport minister Jean-Baptiste Djebbari made similar remarks, telling BFM Business “closing down the border would make no sense as the circulation of the virus is not just limited to administrative borders”.

The Italian outbreak is centred around small towns in the wealthy regions of Lombardy and Veneto, but in an effort to limit its spread, officials have imposed emergency measures across the area, including in Italy’s financial capital Milan.

Schools and universities were told to close until the end of the month, museums and cinemas were shuttered, major sporting events pushed back to a later date and Milan’s famous La Scala opera house was forced to cancel performances.

Residents have been urged to stay at home and special permission is needed to enter or leave the designated areas.

The regional governor of Veneto, Luca Zaia, said that he had tackled several natural disasters over the course of his career including floods and earthquakes, but that “this is the absolutely worst problem Veneto has faced”.

More than 2,470 people have been killed by the coronavirus, and more than 79,000 infected since it was first detected in China’s Hubei province in December.

Globally, the virus has been fatal in two percent of reported cases, with the elderly and ill the most vulnerable, according to the World Health Organisation.