Responding to the finds China’s food safety, China’s Import and Export Food Safety Bureau deputy director Bi Kexin urged consumers to be vigilant though he emphasised the chances of infection are low. According to Mr Bi, six positive samples had been found out of 223,000 samples tested.

As part of the tests frozen food, as well as the interior and exterior of its packaging, were tested.

Chinese authorities began carrying out mass coronavirus tests on imported food after a number of COVID-19 cases in Beijing in June were blamed on a food market selling imported salmon.

The virus was found on a cutting board used for the salmon, though the fish themselves are not believed to have been infected. 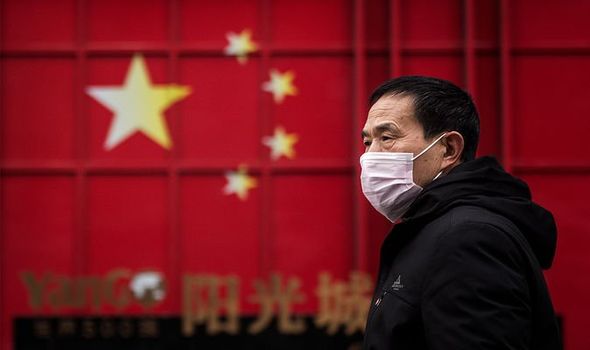 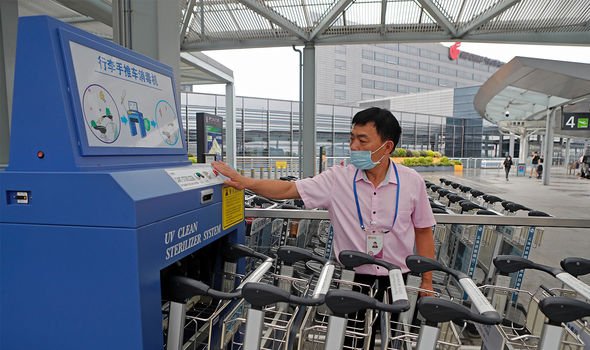 Traces of coronavirus were found on the outside of the food packaging and the inside of a container the shrimp were packed into.

However no COVID-19 was found on the shrimp themselves nor on the inside of their food packaging.

Reacting to the news Mr Bi said: “The results show that the container and the packaging of these companies are under the risk of becoming contaminated by the novel coronavirus.

“Experts said that while this does not mean they can transmit the virus, it shows that the management of food safety is not ideal.” 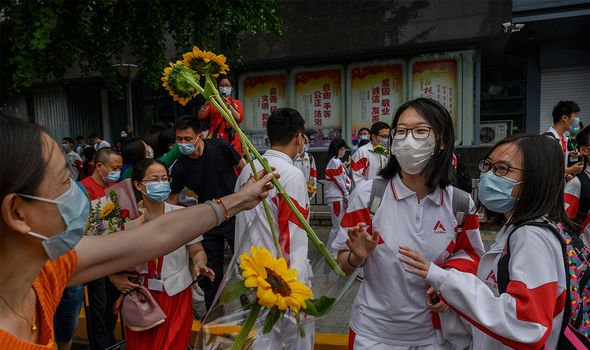 Chinese authorities said they would destroy or return all the food that tested positive.

They have also suspended imports from the three Ecuadorian companies affected.

Li Ning, deputy director of China’s National Centre for Food Safety Risk Assessment, said any staff involved with the infected products who suffer coronavirus like symptoms, such as a fever and fatigue, should not return to work. 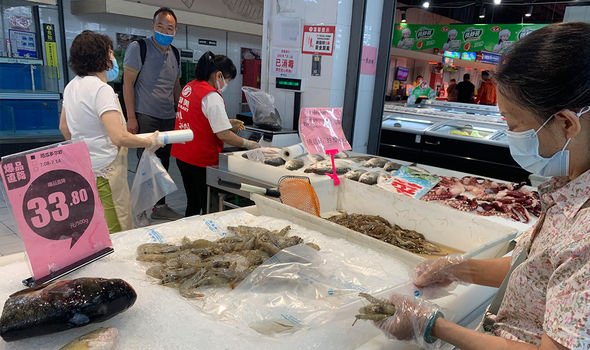 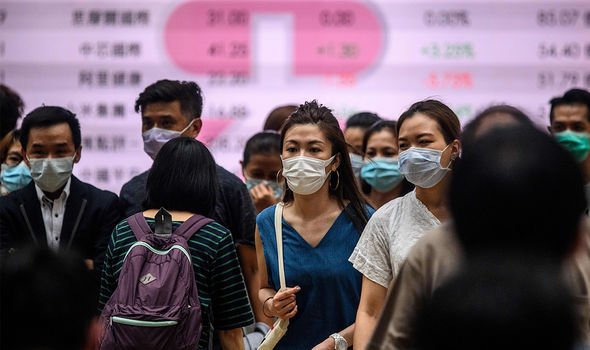 She also instructed shops and food processing centres to further improve their hygiene.

However Ms Li insisted the risk to consumers is low stating: “Overall, the likelihood of food being contaminated by the novel coronavirus remains very small.”

More than 11.8million people around the world have now been diagnosed with COVID-19.

Recently the World Health Organisation (WHO) warned the pandemic is not under control and is continuing to accelerate in countries like the United States and Brazil.

Over 544,000 people have been confirmed as having died from the disease worldwide.

Separately on Thursday the Chinese embassy in Kazakhstan warned of a “unknown pneumonia” spreading in the country which could be even deadlier than coronavirus.

It claimed 1,772 people have been killed by the condition this year, including 628 last month. 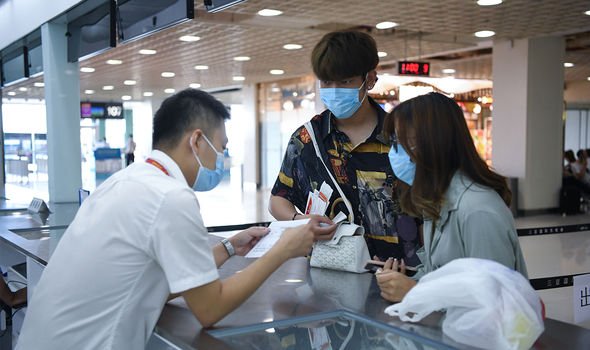 The embassy added Chinese nationals were amongst the dead and the cities of Aktobe, Shymkent and Atyrau have been particularly badly struck.

However on Friday the government of Kazakhstan strongly rebuke claims of a new illness which it said did “not correspond to reality”.

The WHO said it was aware of reports of a pneumonia type condition in Kazakhstan, which is said could simply be more COVID-19 cases.