MUNICH/BERLIN (Reuters) – Germany announced plans on Monday to close most shops, limit restaurants’ opening hours and ban religious services to try to slow the spread of the coronavirus. 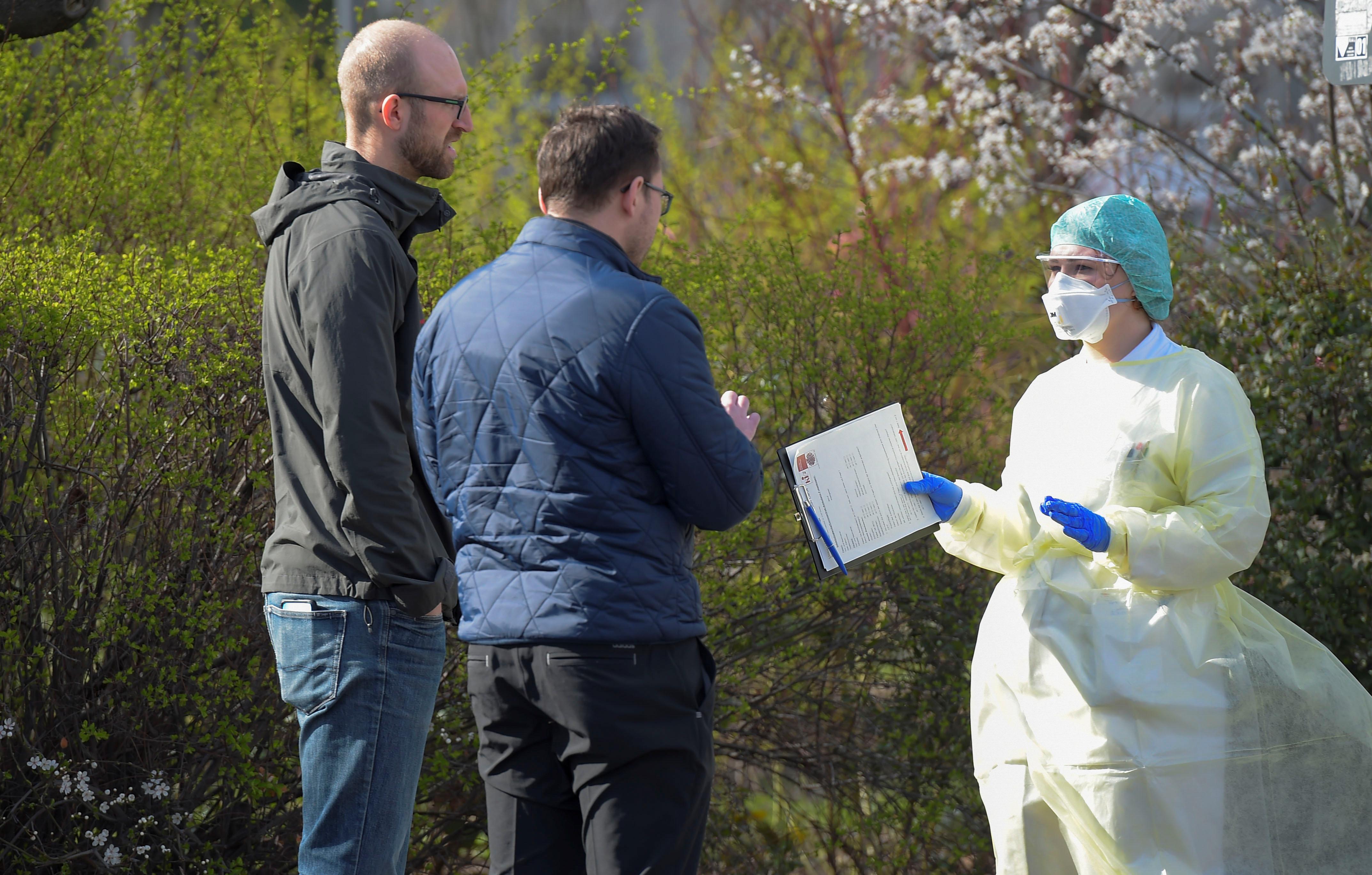 The decision took Germany a step closer to a total lockdown similar to those in Italy and Spain, where most people are confined to their homes.

The virus that has infected 5,000 and killed 12 in Germany is also taking a toll on Europe’s biggest economy, ending hopes of a first-quarter upswing and set to weigh on the economy until at least the third quarter, the Economy Ministry said.

Under guidelines agreed by the federal government and state governments, bars, clubs, theaters, zoos and brothels must close. Gatherings in churches, mosques or other religious establishments, or in sport or social clubs must also cease.

Grocery stores, pharmacies, banks and delivery services can remain open, the government said, but restaurants may open only between 6 a.m. and 6 p.m. Schools have already been closed.

Chancellor Angela Merkel was due to hold a news conference at 6 p.m. (1700 GMT).

The Economy Ministry warned that even in a best-case scenario, where the severed supply chains that link Germany’s export-dependent economy to the world are quickly repaired, stabilization would come in the third quarter at the earliest.

But with disruption being felt across the economy, it is not certain that will happen, even with the help of aid programs unveiled by federal and state leaders.

Baden-Wuerttemberg, the southwestern state that is home to carmaker Daimler, is closing Stuttgart and Karlsruhe airports to try to contain the virus.

The federal government has also loosened insolvency rules that risked forcing companies into declaring bankruptcy while they waited for state aid to arrive.

Bavaria, the wealthy southern state where some of Germany’s biggest companies are based, including carmaker BMW and engineering giant Siemens, has launched a 10-billion-euro ($11.13 billion) fund to let the regional government buy stakes in struggling companies.

“The situation is very serious and changing daily, unfortunately not for the better,” said Bavarian premier Markus Soeder. “We will not abandon anyone.”