MUMBAI (Reuters) – Hundreds of Indian police have tested positive for the coronavirus in recent days, raising alarm among an over-stretched force as it attempts to enforce the world’s largest lockdown. 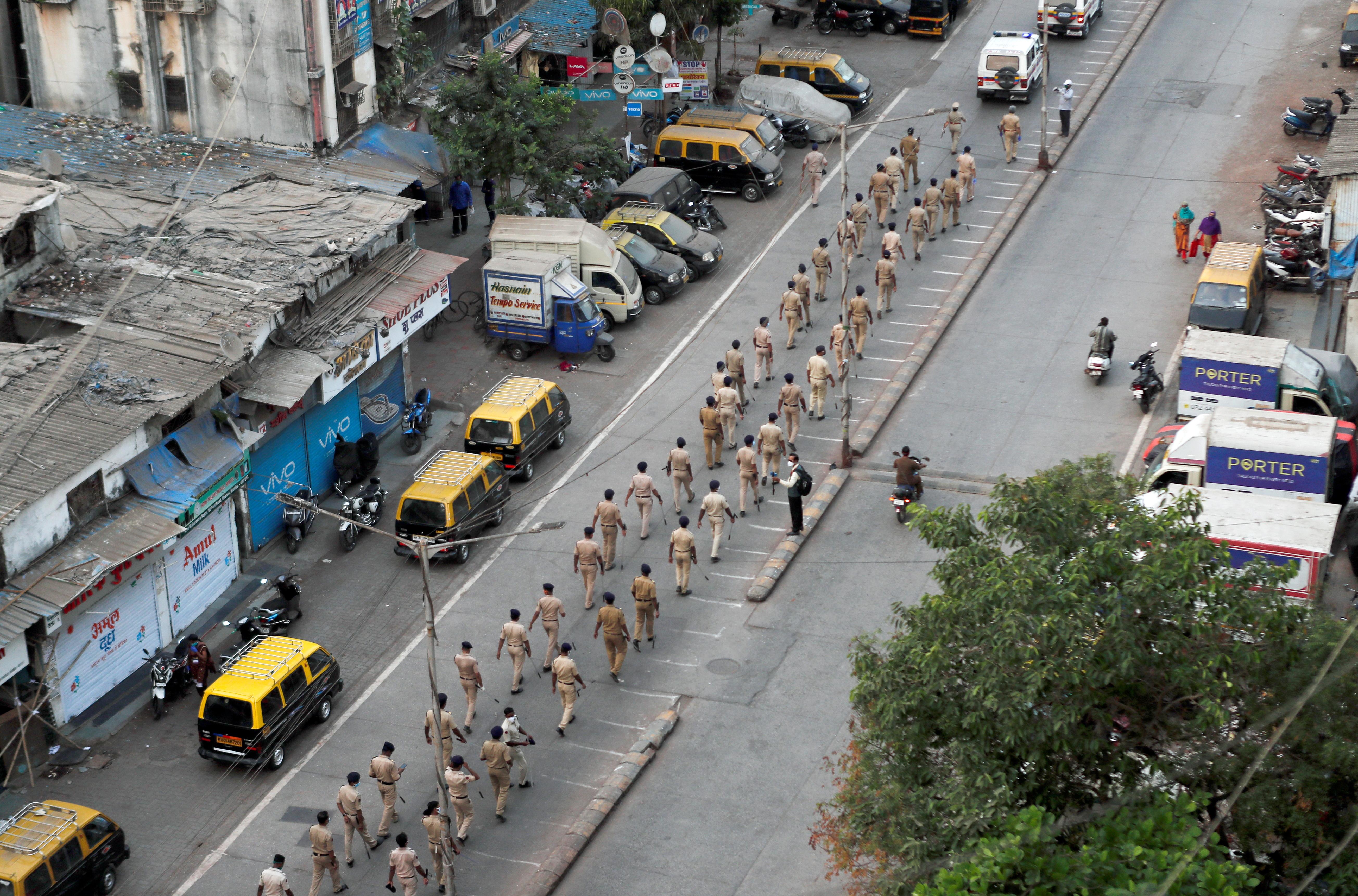 Some 3 million police are trying to ensure that the vast majority of India’s 1.3 billion people stay home, with TV footage early in the crisis showing police beating back migrant workers as they tried to board city buses to reach their villages, making a mockery of social distancing.

India has been under lockdown since March 25 and has confirmed nearly 50,000 coronavirus cases and some 1,694 deaths.

A senior officer in the western state of Maharashtra said the number of cases had nearly doubled in the police force there in the last week. Maharashtra, the hardest-hit state, has reported a total 15,525 cases as of Tuesday.

“More than 450 people from the state police force have now tested positive and four have died due to the virus,” the officer said on condition of anonymity.

Control rooms were being set up exclusively to deal with health issues faced by police in Maharashtra, according to the state’s home minister, Anil Deshmukh.

Police fired tear gas at a crowd of protesting migrant workers in the neighbouring state of Gujarat this week and launched baton charges against hundreds queuing at liquor stores in New Delhi, even as the first steps were being taken to relax the lockdown.

Last month, doctors had to re-attach the severed hand of a policeman, who was attacked while trying to enforce the lockdown in northern Punjab.

An official with India’s Home Ministry said it was aware of the matter and was monitoring the situation.

“Patrolling and crowd control in COVID-19-affected areas is becoming more dangerous than fighting criminals,” said Salunkhe, a Mumbai policeman who agreed to be quoted using his last name.

“At least in those cases we can see the enemy.”

In Gujarat, at least 155 police and some paramilitary personnel had been infected, according to a senior official.

The police commissioner of the state’s main city, Ahmedabad, told Reuters that 95 police and paramilitary members had been hospitalized with COVID-19.

A senior federal home ministry official said he feared that thousands more police could test positive and spread the virus among their families in police housing.