Shocking videos of ravaged supermarkets in the north of Italy are emerging on social media showing the huge panic caused by the deadly outbreak of coronavirus in the European country. The sudden outbreak of the disease over the weekend triggered alarm in Milan, bringing a noticeable drop in the number of people in public places and prompting shoppers to rush to supermarkets to stock up on basics.

Esselunga, one of the biggest supermarket chains in northern Italy, said it was capable of keeping branches fully stocked and that shoppers had no need to buy more than they would for their normal requirements.

While the outbreak has so far largely been confined to northern Italy, there were signs it could spread. Authorities in the Sicilian city of Palermo said on Tuesday a tourist from the northern town of Bergamo had tested positive and been placed in quarantine pending further tests.

Italy has reported more than 220 cases and seven deaths, mostly in Lombardy, the northern region that includes the financial capital Milan and Veneto, which together account for about half of Italy’s exports.

Milan cathedral was closed to visitors, the Venice carnival, one of the world’s premier tourist attractions, was shut early for the first time in decades and airlines began restricting flights to Italy. 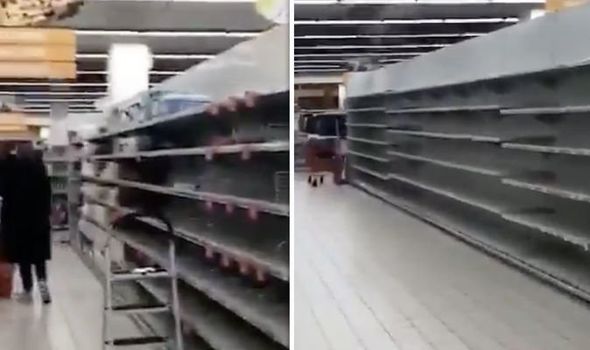 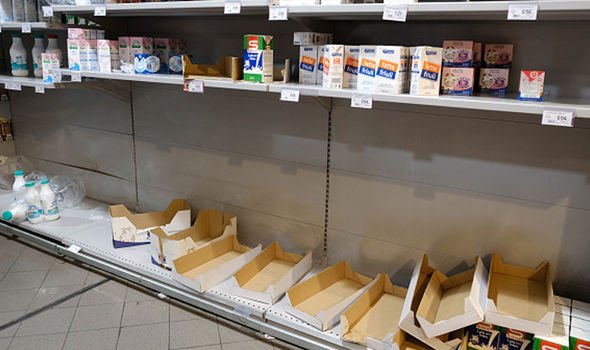 Health Secretary Matt Hancock has said that the official advice around coronavirus is being updated so that people returning to the UK from anywhere in northern Italy should self-isolate if they have flu-like symptoms.

Speaking on BBC Breakfast on Tuesday, Mr Hancock added that people returning from any areas quarantined by the Italian government should self-isolate whether they show symptoms or not.

He said: “Yes, the official advice which will be formally updated at eight o’clock this morning is going to change so that those who have been to northern Italy – north of Pisa – if they have flu-like symptoms should self-isolate.

“If people have been to the affected areas that the Italian government have quarantined then they should self-isolate whether or not they have symptoms.”

The spread and infection rate of the coronavirus has caused concern in the World Health Organisation.

WHO spokesperson Dr Margaret Harris insisted countries across the globe should be on alert to deal with the deadly disease.

Despite the spread of the coronavirus leading to seven deaths in Italy, the EU’s Health Commissioner Stella Kyriakides has rejected the idea that the virus warrants restrictions on travel or trade.

She said today: “For the moment WHO has not advised imposing restrictions on either travel or trade.” 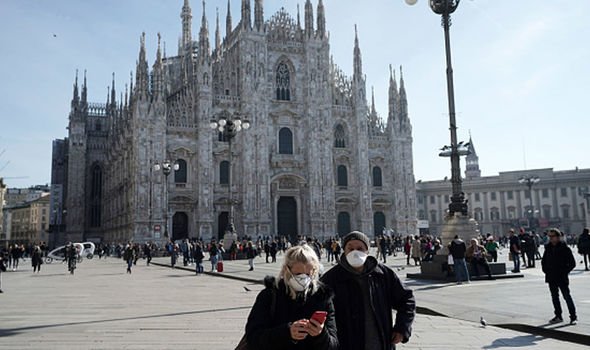 However, the European Parliament later advised its staff to “stay home in self-isolation” if they have travelled to the Northern Italian regions affected by coronavirus in the last 14 days, according to an email sent on Monday evening.

The advice says staff should not come to the EU Parliament and should work from home following travels to the Italian regions of Lombardy, Piedmont, Emilia-Romagna and Veneto, as well as China, Singapore and South Korea.

The EU’s legislative institution recommends that staff take their temperature twice daily for 14 days and may return to work after 14 days after having received the green light from a doctor.