SHANGHAI/SEOUL (Reuters) – China and South Korea reported 500 new coronavirus cases on Wednesday, including the first U.S. soldier to be infected, as the United States warned of an inevitable pandemic and an outbreak in northern Italy spread to several European countries. 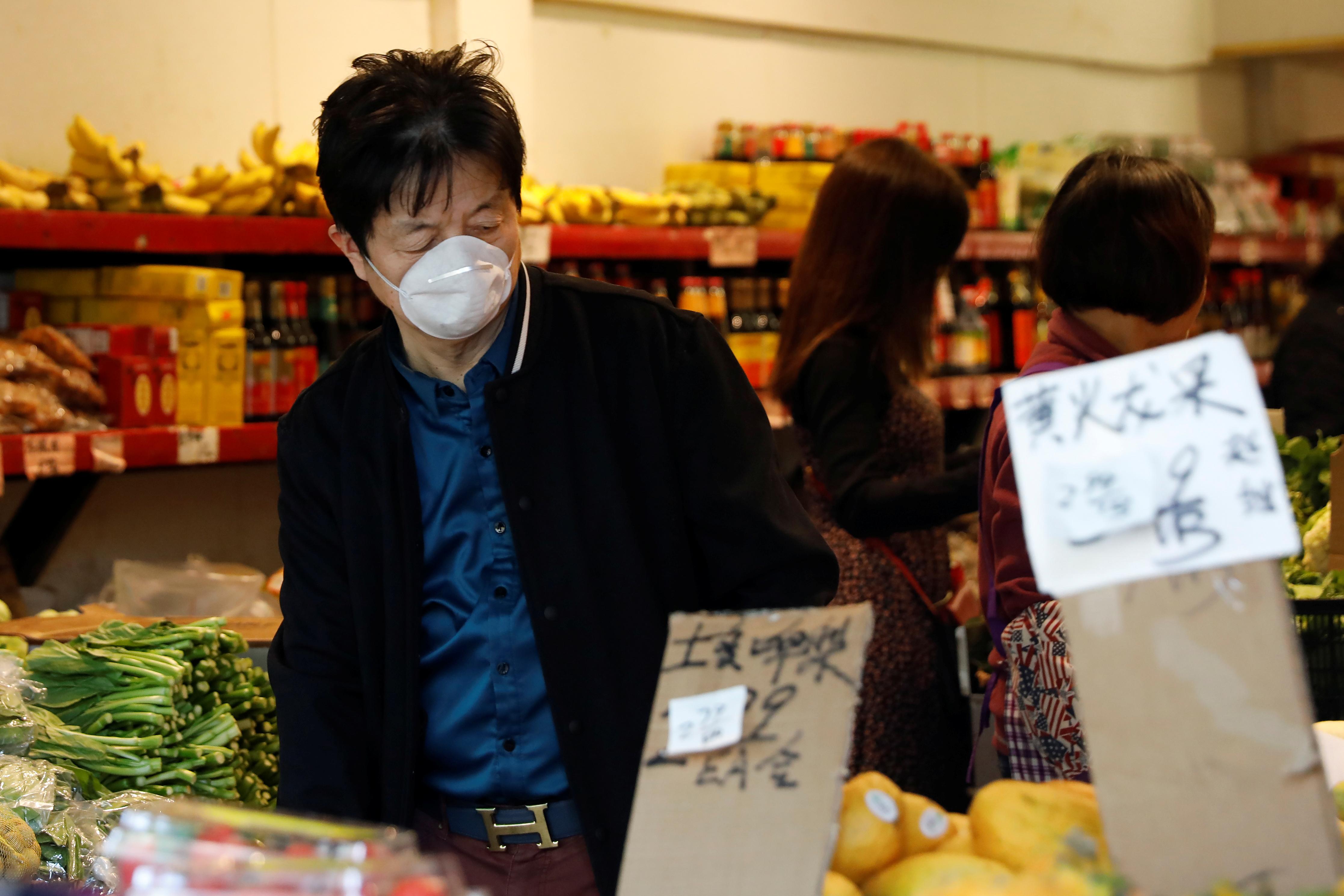 Worsening outbreaks in Iran and Italy, along with China and South Korea, are raising the risk of a pandemic and drove Asian shares down on Wednesday, following falls on Wall Street.

In the past four trading sessions about $3 trillion has been wiped off the value of the MSCI World .MIWO00000PUS, a market cap weighted stock market index of 1,644 stocks globally.

Dr. Anne Schuchat, the U.S. Centers for Disease Control and Prevention (CDC) principal deputy director, said that while the immediate risk in the United States was low, the current global situation suggested a pandemic was likely.

“It’s not a question of if. It’s a question of when and how many people will be infected,” Schuchat said on Tuesday. The United States has reported 57 cases of the virus.

The disease is believed to have originated from a wildlife market in the central Chinese city of Wuhan late last year and has infected about 80,000 people and killed more than 2,700 people, the vast majority in China.

China’s National Health Commission (NHC) reported another 406 new infections on Wednesday, down from 508 cases a day earlier and bringing the total number of confirmed cases in mainland China to 78,064.

The death toll in mainland China rose by 52 with another 406 confirmed cases.

South Korea, which has the most virus cases outside China, reported 169 new infections including the U.S. soldier, as authorities readied an ambitious plan to test more than 200,000 members of a church at the center of the outbreak.

Of the new cases, 134 were from Daegu city, where the virus is believed to have been passed among members of the Shincheonji Church of Jesus, the Korea Centers for Disease Control & Prevention (KCDC) said.

The U.S. military reported its first case of the coronavirus, in a 23-year-old soldier based in Camp Carroll, about 20 km (12.4 miles) from Daegu. The camp is also near a disability center that has had its own outbreak of the virus.

Japan has 164 virus cases and 691 on a quarantined cruise ship docked south of Tokyo.

Japanese Prime Minister Shinzo Abe on Wednesday called for sports and cultural events to be scrapped or curtailed for two weeks as the country battles to stem coronavirus contagion amid mounting concerns the 2020 Tokyo Olympics could be canceled.

Officials have said the Olympics are going ahead and have told the International Olympic Committee (IOC) that preparations are continuing.

But Tokyo has been forced to postpone training for volunteers and restrict large-scale events, such as the Tokyo Marathon which has been limited to elite athletes.

Iran’s coronavirus death toll rose to 16 on Tuesday, the most outside China. Iran’s deputy health minister and a member of parliament were among those infected.

Kuwait said on Wednesday there were two new coronavirus cases in the country, among people returning from Iran. The new cases bring the total number to 11 in Kuwait.

There have been about three dozen deaths outside China, including 11 in Italy, according to a Reuters tally.

In Europe, a second hotel was in lockdown on Wednesday and Italians or people who had recently visited the country tested positive in Algeria, Austria, Croatia, Romania, Spain and Switzerland.

Austria sealed off the 108-room Grand Hotel Europa in the Alpine tourist hub of Innsbruck after an Italian receptionist tested positive for the flu-like virus that originated in China and has spread to about 30 countries.

Italy has become a frontline in the global outbreak of the virus, with 280 cases and 10 deaths, most in Lombardy and nearby Veneto. The receptionist and her partner, who also tested positive, visited their home in Lombardy last week.

A similar story was unfolding at the four-star H10 Costa Adeje Palace hotel in Tenerife on the Canary Islands, which was locked down on Tuesday after an Italian doctor and his wife were found to be infected. Spain also reported its first three cases of the disease on the mainland.

There was misery too for 34 South Korean newlyweds whose honeymoons on the Indian Ocean island of Mauritius became a holiday from hell after they were put in isolation.

The World Health Organization (WHO) says the outbreak peaked in China around Feb. 2, after Beijing isolated central Hubei province and imposed other extreme containment measures that have paralyzed the world’s second-biggest economy.

Beijing has urged “low-risk” regions to get back to work as quickly as possible. Several provinces and regions have lowered their emergency levels this week, including Inner Mongolia, Xinjiang and Sichuan on Wednesday.

China quarantined 94 passengers on a flight from the South Korean capital Seoul to Nanjing on Tuesday after three showed signs of fever, the state broadcaster CCTV reported.

The effects of the coronavirus outbreak are likely to reverberate beyond China as most major economies in the region are expected to either slow down significantly, halt or shrink outright in the current quarter, Reuters polls found.

With the contagion interrupting global supply chains that most countries depend on for trade and commerce, economic activity is likely to slow, but at varying degrees. 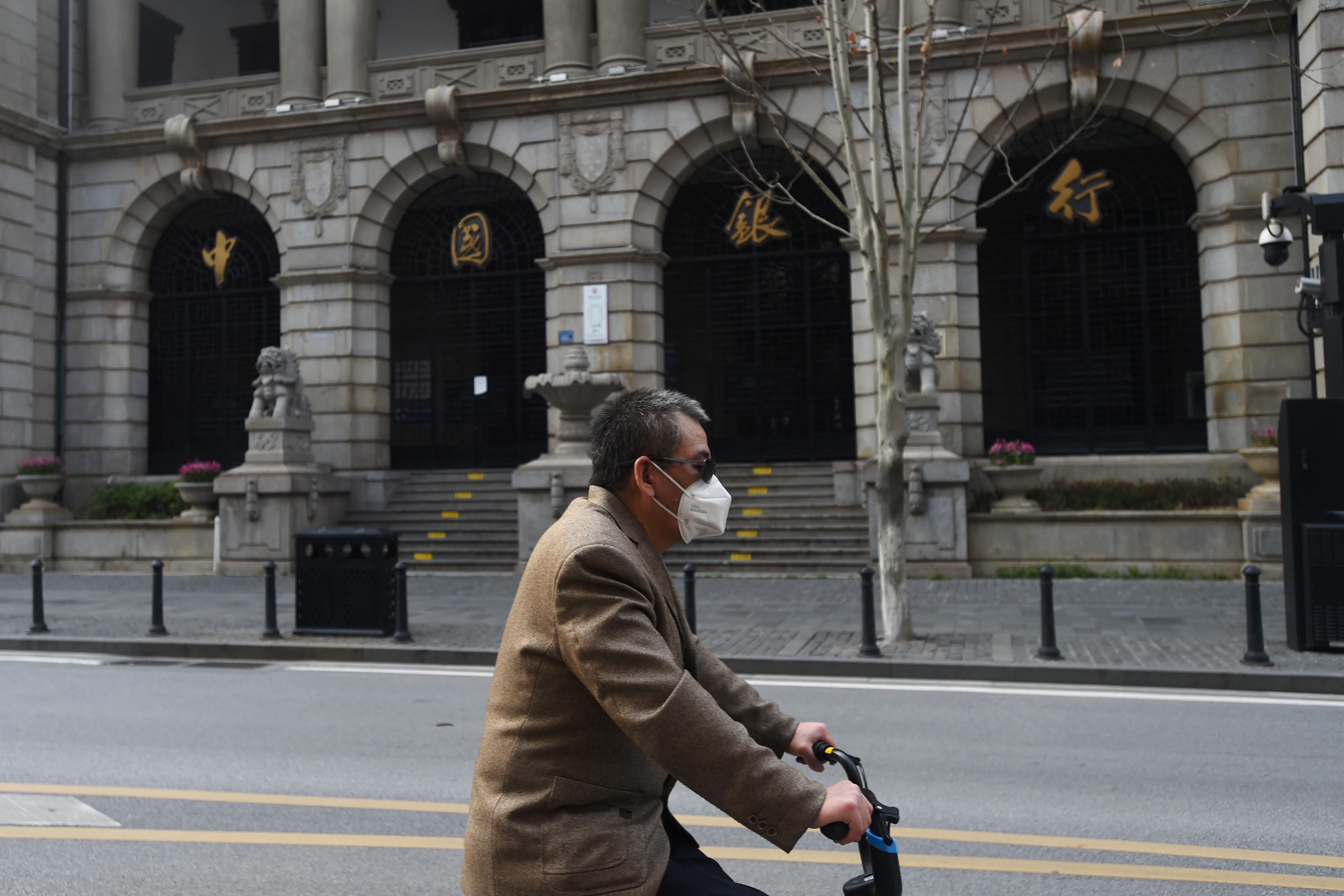 Forecasts from economists collected by Reuters on Feb. 19-25 showed that Australia, South Korea, Taiwan, Singapore and Thailand are all expected to put in their worst performance in years in the first quarter.

A similar Reuters poll published a little over a week ago, found the Chinese economy will grow at its slowest pace in the current quarter since the global financial crisis of 2008-2009.