The coronavirus outbreak has so far infected more than 1.4 million people across the world, with the number of deaths exponentially rising in countries like Spain and the United States. World leaders have so far mostly acted unilaterally in their response to the outbreak but former US UN Ambassador Samantha Power urged the United Nations to “get their act together” and work on a common response to the deadly virus. Ms Power told the Today programme: “There are leaders in the world who probably need to be more outspoken, who need to be hustling more.

“For example, the Secretary-General of the United Nations has been waiting for the UN Security Council to get its act together to do the kind of things we did during the Ebola crisis.

“That’s not going to happen so the Secretary-General now needs to use the authority that he has under the UN Charter and convene the Security Council and put the issue on the agenda.

“That doesn’t mean that when the countries come into the Security Council that the US becomes any less petty and cease to try to refer to this as the Wuhan virus, and all the things we’ve seen at work here in the last few weeks may usually play themselves out in an international institution.”

Ms Power suggested the US could take a leading role in international efforts but warned the “dog eat dog mentality” of US President Donald Trump could hinder efforts to work together. 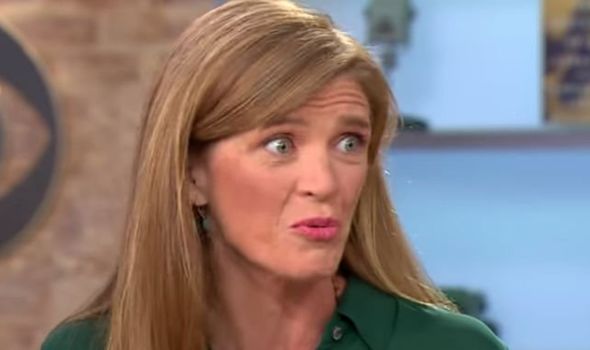 She continued: “We don’t just have a scrum with the French and others in terms of getting precious protective equipment, we have a scrum among the different states that comprise the United States of America.

“This collective action problem is something we have even in the US.

“So Boris Johnson and somebody like him will have an incredible role to play.

“There are countries that are coming out of the virus that could look a further down the field, what resources they can provide that can be pooled again in order to tend to the commons.”