SEOUL (Reuters) – South Korea reported 161 new cases of the coronavirus, bringing the total number of infected patients in the country to 763, health authorities said on Monday, a day after the government raised its infectious disease alert to its highest level. 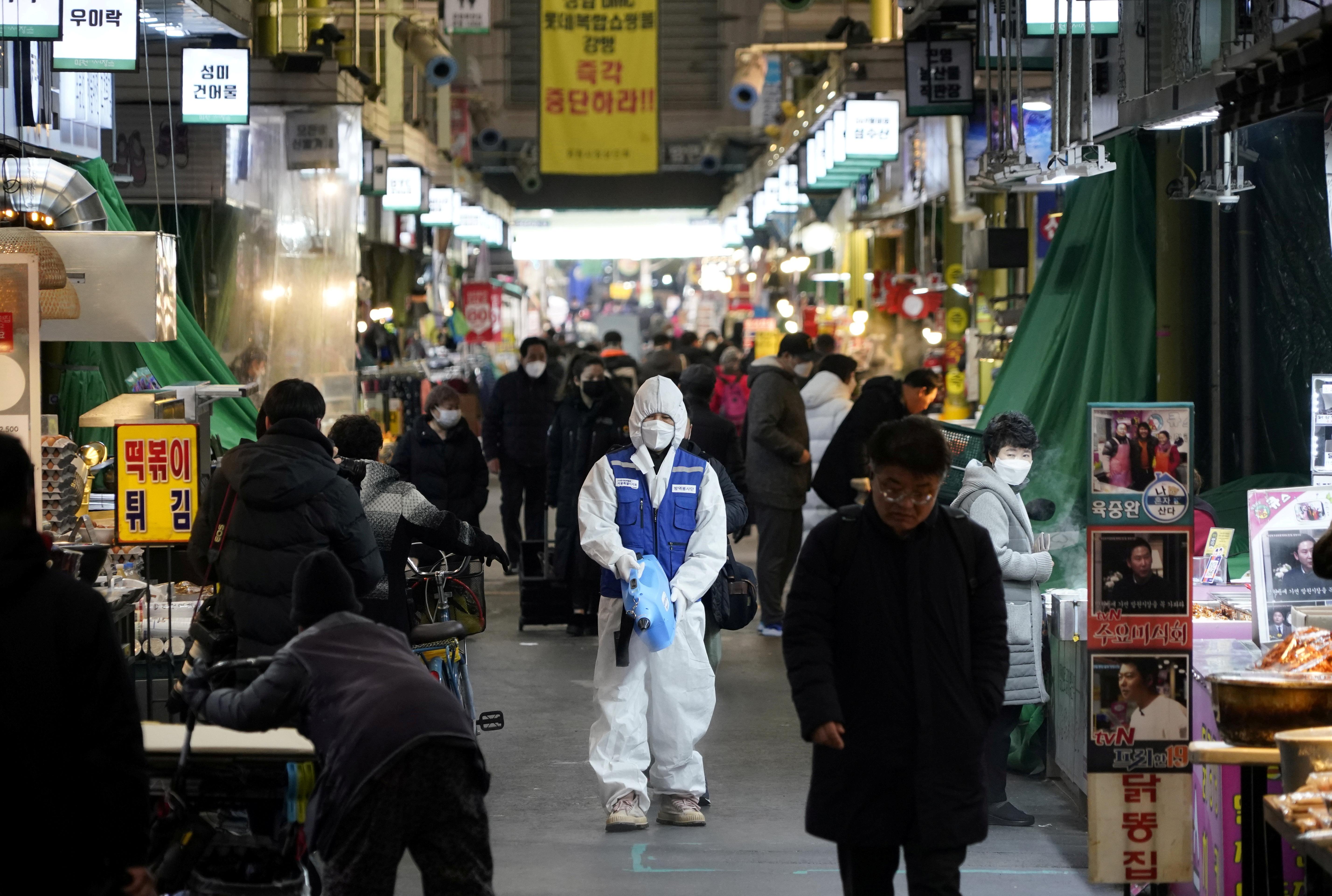 Of the new cases, 115 were linked to a church in the southeastern city of Daegu after a 61-year-old woman known as “Patient 31” who attended services there tested positive, according to the Korea Centres for Disease Control and Prevention (KCDC).

KCDC also reported the seventh death from the virus, a 62-year-old man from a hospital in Cheongdo, a county that saw surges in confirmed cases along with nearby Daegu in recent weeks.

“If we cannot block the spread in the Daegu region in an effective way, there are high possibilities it would lead to a nationwide transmission,” Vice Health Minister Kim Kang-lip told a regular briefing.

While most of the new cases were traced to Daegu, almost all major cities and provinces reported some infections.

Authorities are still investigating the exact cause of the new outbreak, with Patient 31 having no recent record of overseas travel.

Kim said the government has taken self-quarantine measures and is conducting tests on about 9,500 people who took part in services at a Daegu branch of the Shincheonji Church of Jesus, also known as the Temple of the Tabernacle of the Testimony, attended by Patient 31.

In Daegu and elsewhere, citizens flocked to large supermarkets and pharmacies to buy surgical masks and supplies. Local media photos showed hundreds of people lining up in front of E-Mart stores in Daegu starting as early as 8 a.m.

A series of political and cultural events for this week has been canceled, while the culture ministry said on Monday a total of 24 national museums and libraries will temporarily close.

The National Assembly called off a government questioning session slated for Thursday afternoon as at least three lawmakers underwent a check after coming in contact with an education official who tested positive.