Twenty-nine Chinese aircraft entered Taiwan’s air defence zone, including bombers that flew to the south of the island and into the Pacific. This marks the largest air defence zone violation by China since late May, and has further heightened tensions between Taipei and Beijing. It comes after US President Joe Biden appeared to change his previously neutral stance on the conflict. Taiwan’s defence ministry reported that the latest mission by China included 17 fighters and six H-6 bombers.

The kitted-out force also featured electronic warfare, anti-submarine and aerial refuelling aircraft. Taiwan responded by deploying fighter aircraft as a warning, while missile systems were put in place to monitor their route.

The self-ruled island has long been claimed by China as its own territory, echoing Putin’s insistence that Ukraine belongs to Russia. The country has complained for over two years about constant missions by the Chinese air force in the southwestern part of its air defence identification zone, or ADIZ, close to the Taiwan-controlled Pratas Islands.

Some of the Chinese aircraft flew in an area in the northeast of the Pratas, according to the Taiwanese ministry of defence. Bombers then flew into the Bashi Channel, which separates Taiwan from the Philippines. 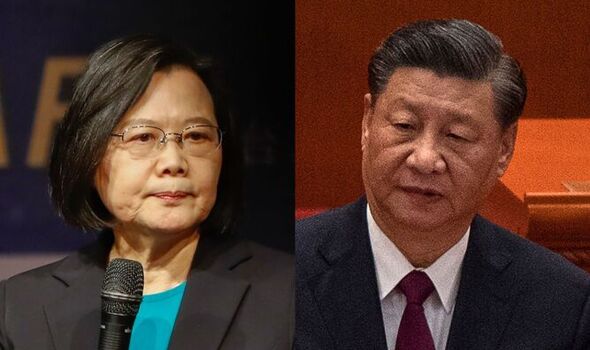 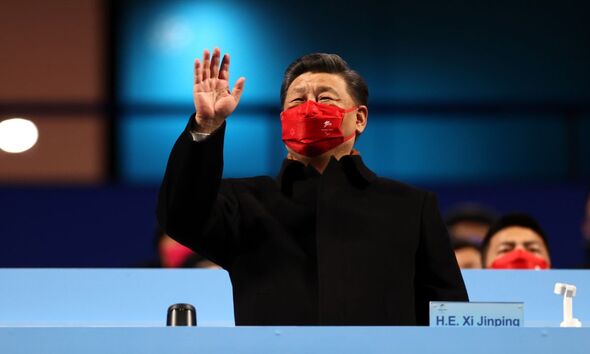 They then returned to the Pacific and back to China.

The largest air zone incursion prior to this was the appearance of 30 Chinese aircraft entering Taiwan’s ADIZ on May 30.

Taiwan has described the military activity as “grey zone” warfare. This form of warfare is designed to both wear out Taiwanese forces by repeatedly scrambling them, as well as testing how they respond – all without formally declaring war. 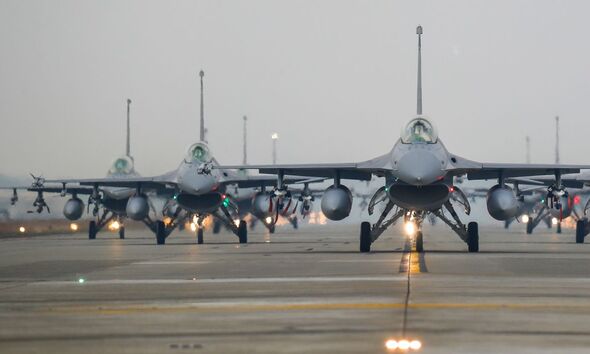 China has yet to respond, although has in the past stated that moves of this kind were designed to protect its sovereignty.

A military exercise conducted by the dictatorship around Taiwan last month was described by its leaders as a “solemn warning” against the island’s “collusion” with the US.

This came after Joe Biden angered Beijing by appearing to change the US’ policy of “strategic ambiguity” on Taiwan. The president did so by declaring the US would become involved militarily if China were to attack the island. 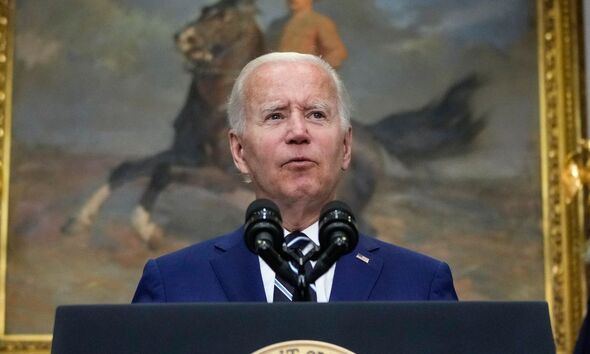 In response to mounting Chinese pressure, the Taipei government has said that while it wants peace, it will defend itself if attacked.

The final quarter of 2021 witnessed a spike in ADIZ incursions by China, with the biggest single-day breach on October 4 when 56 Chinese warplanes entered the zone.

Chinese aircraft have not entered Taiwan’s air space, but in its ADIZ, a broader area that Taiwan monitors and patrols and that acts to give the island more time to respond to any threats.