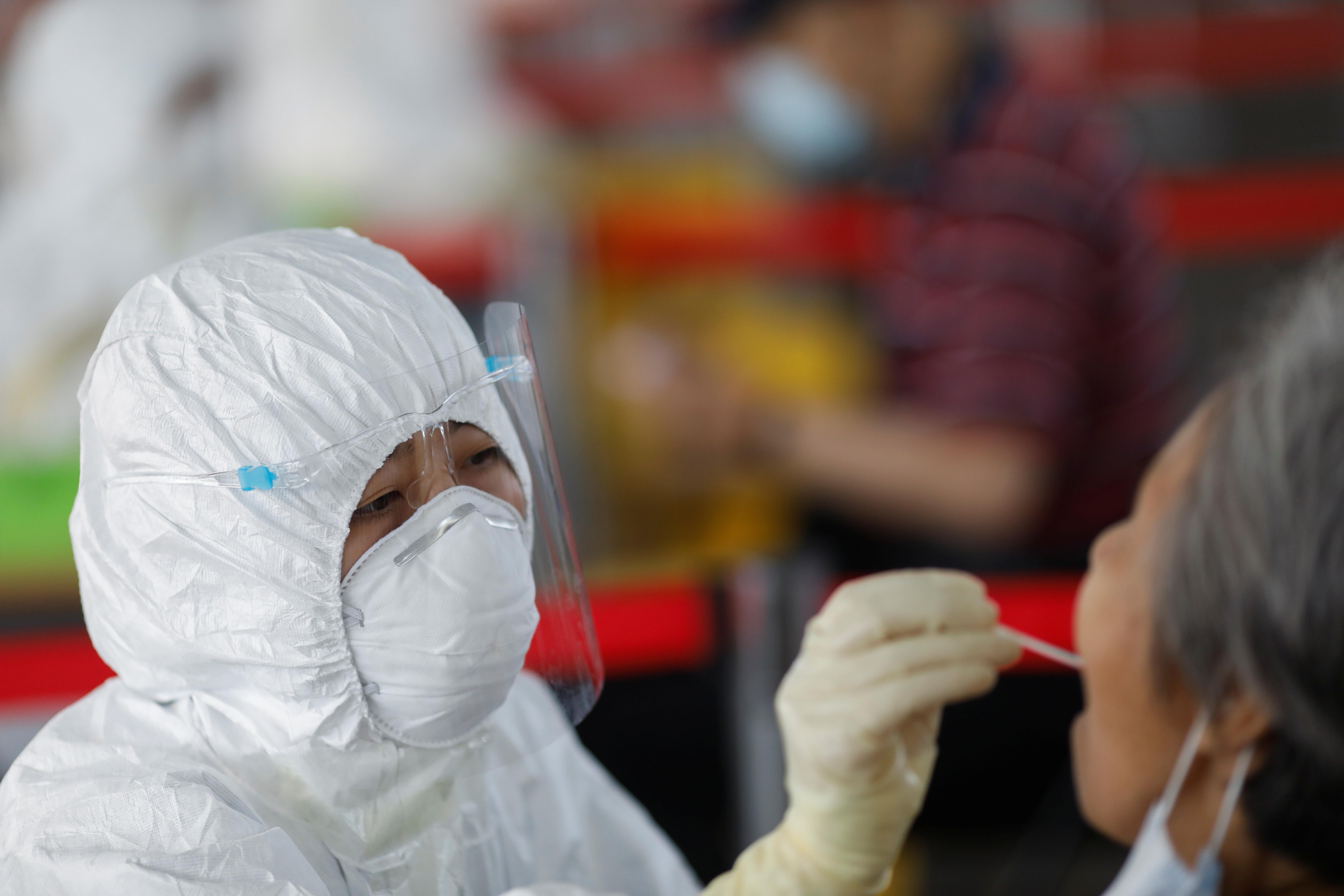 BEIJING (Reuters) – China reported 12 new confirmed COVID-19 cases as of end of June 28, down from 17 reported a day earlier as the country’s capital tries to curb a new wave of infections that emerged from a wholesale market in mid-June.

The National Health Commission (NHC) said in a statement that five of the new COVID-19 cases were so-called imported infections involving travellers from overseas, compared with three such cases reported a day earlier. The seven local infections were all in the capital city of Beijing.

Beijing had tested about a third of its population as of noon Sunday as part of the city government’s efforts to ensure the outbreak that emerged from the Xinfadi market did not spiral out of control.

A total of 311 people in the city, which has a population of more than 20 million, have tested positive for the virus since the first case linked to the market was reported on June 11.

Regions around Beijing remain on high alert. The county of Anxin, less than 100 miles from the Chinese capital, announced on Saturday that it would seal off residential compounds and villages until further notice.

Anxin, which forms a part of the Xiongan New Area launched in 2017 to provide living space for Beijing, has also instructed residents to stay indoors, with “the epidemic prevention and control situation now extremely serious”, according to state media.

The NHC also reported six new asymptomatic cases as of the end of June 28, compared with seven such cases a day earlier.

The total number of COVID-19 cases for mainland China now stands at 83,512, while the total death toll remained unchanged at 4,634.

Related posts:
Hot News
hair loss synthroid
The best pizza in Denver, from Neapolitan to New York-style, 2021 edition
Chinese journalist shoved to ground by police ‘to stop her filming in hospital’
Dad took pics of student through window and ‘told friend she was a sexy b****’
Nicola Sturgeon’s deputy hints at stricter travel quarantine than rest of UK for Scotland
Recent Posts
This website uses cookies to improve your user experience and to provide you with advertisements that are relevant to your interests. By continuing to browse the site you are agreeing to our use of cookies.Ok