China insisted the move was a necessary response after the US closed Beijing’s own cosulate in Houston. China also placed all respnsibility for the current state of tensions on the US. In a statement, China’s foreign ministry said: “This is a legitimate and necessary response to the unreasonable actions taken by the United States.

“The current situation between China and the United States is something China does not want to see, and the US bears all responsibility for that.”

The consulate in the Chnegdu was established in 1985 and has more than 200 staff.

The consulate is essential due to its position in relation to Tibet.

Washington has not yet responded to the move by Beijing. 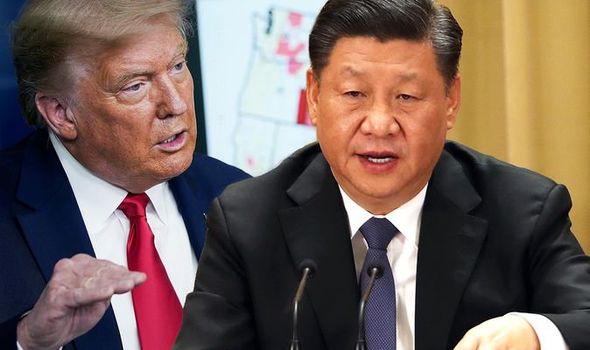 China’s demand comes as the US closed Beijing’s consulate in Houston earlier this week.

US officials reasoned the closure of the consulate in Houston amid accusations China has been stealing American intellectual property.

US Secretary of State, Mike Pompeo said: “We are setting out clear expectations for how the Chinese Communist Party is going to behave.

“And when they don’t, we’re going to take actions.”