Nine Catalonian separatists have been pardoned by Spain’s prime minister.

The group had been jailed for their role in the failed Catalonian independence bid of 2017 but what was left of their prison sentences has now been wiped.

They are expected to be released on Wednesday but will continue to be barred from holding public office. 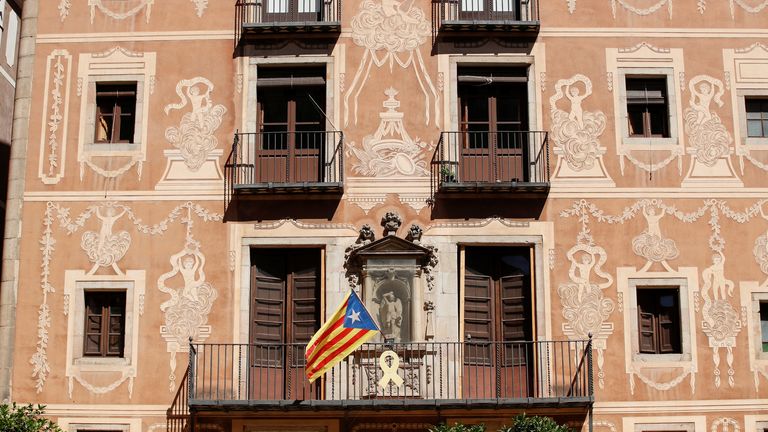 Spain’s prime minister, Pedro Sanchez, said he hoped their imminent freedom would “open a new phase of dialogue” and lead to “reconciliation”.

The intention is to “stop, once and for all, all the divisions and confrontation”, he added.

“These pardons do not depend on their recipients renouncing their ideas, and nor do we expect them to do so,” Mr Sanchez continued.

“These people were never put in prison for the ideas they hold, but rather for having violated the laws of our democracy.”

The group of politicians and activists were jailed in 2019 for between nine and 13 years for sedition and misuse of public funds. Former Catalonia president Carles Puigdemont and other well-known separatists who fled Spain following the attempt at a breakaway are not included in the pardons.

One of the nine, Raul Romeva, tweeted that the struggle for independence would continue.

“We won’t give up the fight: amnesty and self-determination!” he wrote.

The current head of Catalonia, Pere Aragonès, said the pardons showed that prosecuting the separatists had been unjust.

“It’s the time for us to agree on a referendum on independence,” he said in a televised address. A majority of Spaniards oppose the pardons, surveys have suggested, and people protested against the plan in Madrid earlier this month.

Conservative parties in the capital have said they will challenge the pardons in court.

They fear the activists’ release will fuel the separatist movement.

But the government is said to be convinced there will be no new unilateral bid for independence.