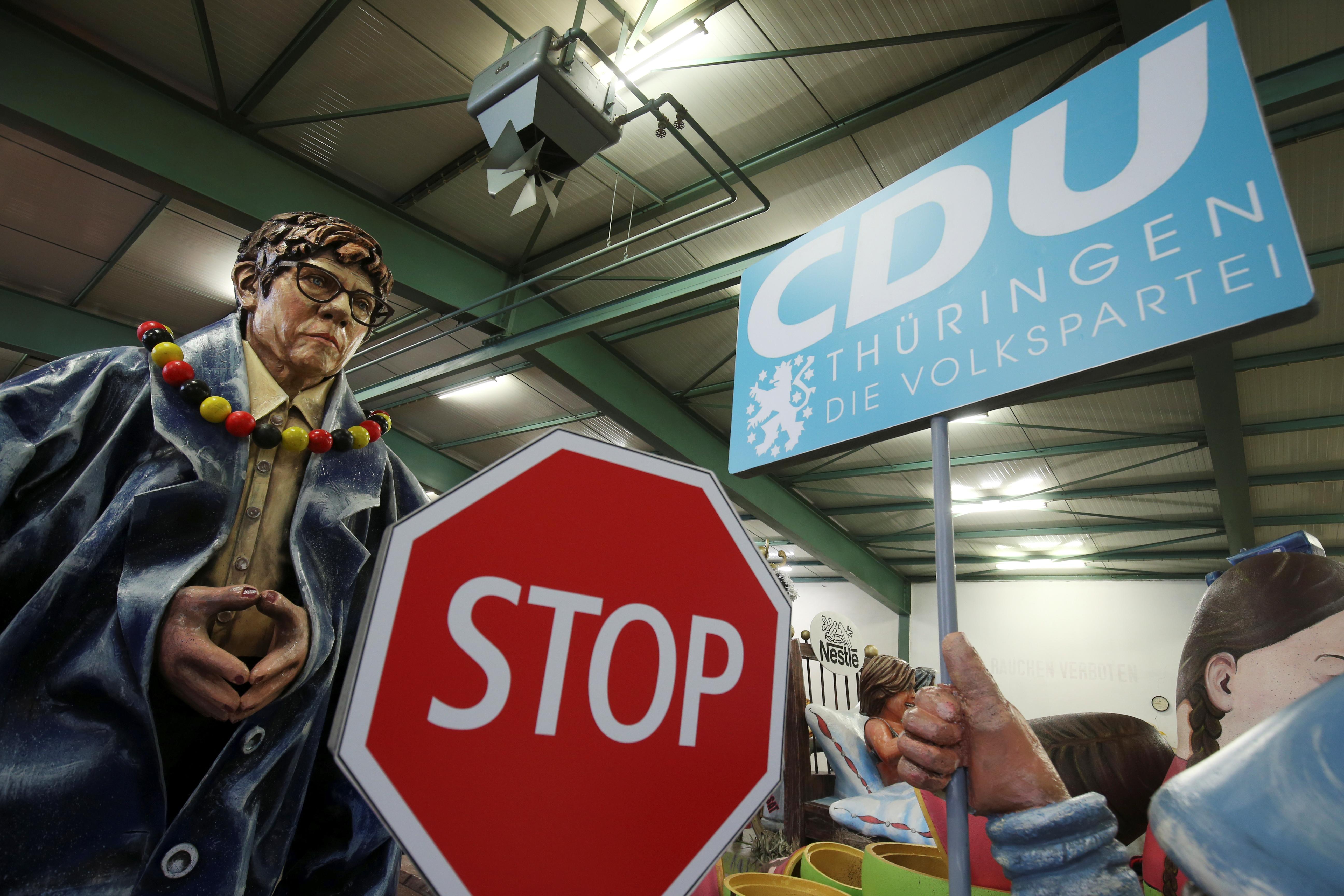 BERLIN (Reuters) – German carnival revelers are milking the opportunity to mock Christian Democrat (CDU) leader Annegret Kramp-Karrenbauer over her failure to stop the party siding with the far right in a regional election – a move that precipitated her downfall.

A carnival float unveiled in Mainz on Tuesday depicted her next to a banner for the CDU’s branch in the state of Thuringia and a ‘stop’ sign.

Kramp-Karrenbauer’s inability to prevent the CDU in Thuringia joining the nationalist Alternative for Germany (AfD) in a vote for a state premier this month shattered the post-war consensus among established parties of shunning the far right.

She duly gave up her ambition of running to succeed Chancellor Angela Merkel, her mentor, as chancellor.

Germany’s six-day long pre-Lent carnival festivities are a chance for politicians to lampoon each other, dress up and drink a lot of beer – and the floats afford party-goers the opportunity to make fun of their leaders.

This year’s float in Mainz carrying a papier-mâché figure of Kramp-Karrenbauer showed her in a pose adopted by Merkel and in a coat she could not fill, making fun of her inability to size up to her mentor’s role.

Revelers parade floats through the streets of Rhineland cities including Cologne and Mainz on Shrove Monday – or ‘Rosenmontag’ – which falls on Feb. 24 this year.