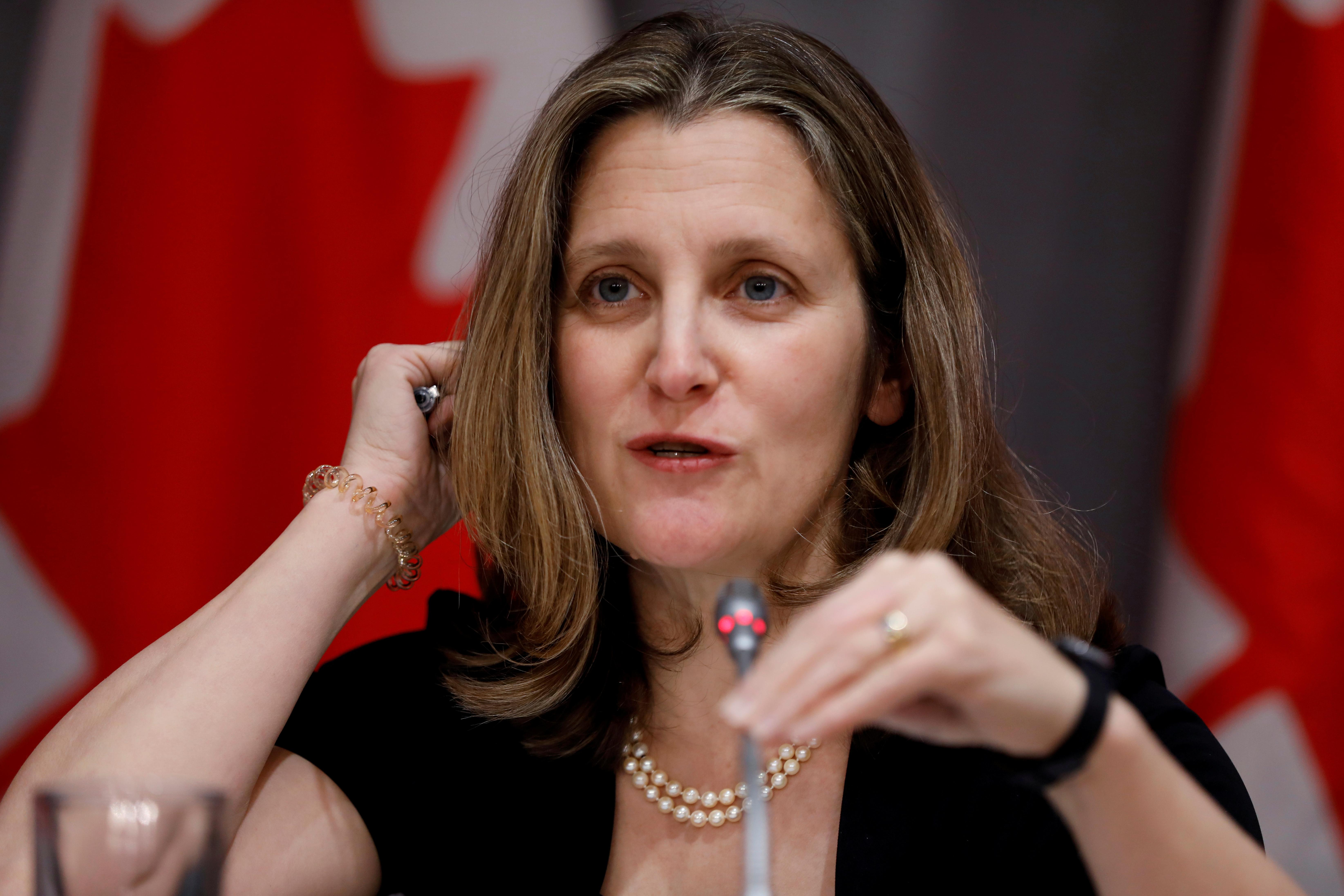 Freeland, 52, a former journalist and foreign minister, will become the country’s first female finance minister after her predecessor resigned on Monday amid friction with Trudeau.

The appointment comes after a tumultuous week for the government that ended in Bill Morneau stepping down as finance minister on Monday night. Sources told Reuters that Morneau and Trudeau had clashed over pandemic spending, including on green initiatives the prime minister views as key for the economy.

Freeland’s experience renegotiating a North American trade deal and her relationships with provincial premiers make her a good choice, one source said, confirming reports by CTV and the Canadian Broadcasting Corp.

Trudeau also plans to end this parliamentary session and restart a new one in October, when he will deliver a new agenda outlining a COVID-19 pandemic recovery plan, the source said.

Now she will be tasked with reviving an economy crippled by the COVID-19 pandemic, with the budget deficit this fiscal year forecast to hit C$343.2 billion ($253.4 billion). That would be the largest shortfall since World War Two.

“Freeland does not have the business background of her predecessor, but she managed the ministry of foreign affairs file remarkably well, including dealing with the difficult renegotiation of free trade with the United States,” said Craig Alexander, chief economist with Deloitte Canada.

“Markets will likely anticipate that the new minister of finance will work exceedingly well with the prime minister,” he said.

The Canadian dollar notched its strongest intraday level in nearly seven months at 1.3148 per U.S. dollar, or 76.06 U.S. cents, amid broader declines for the greenback. Bond yields were little changed.

Markets are reassured because Trudeau is taking advice from some economic heavyweights, including former central banker Mark Carney.

Before entering politics in 2013, Freeland worked with several media companies, including the Financial Times, the Globe and Mail, and Reuters.