SHUBENACADIE, Nova Scotia (Reuters) – Canadian police are facing mounting criticism for using social media and not a provincial emergency alert system to notify the public that a gunman was at large for some 13 hours after he murdered the first of his 22 victims over the weekend. 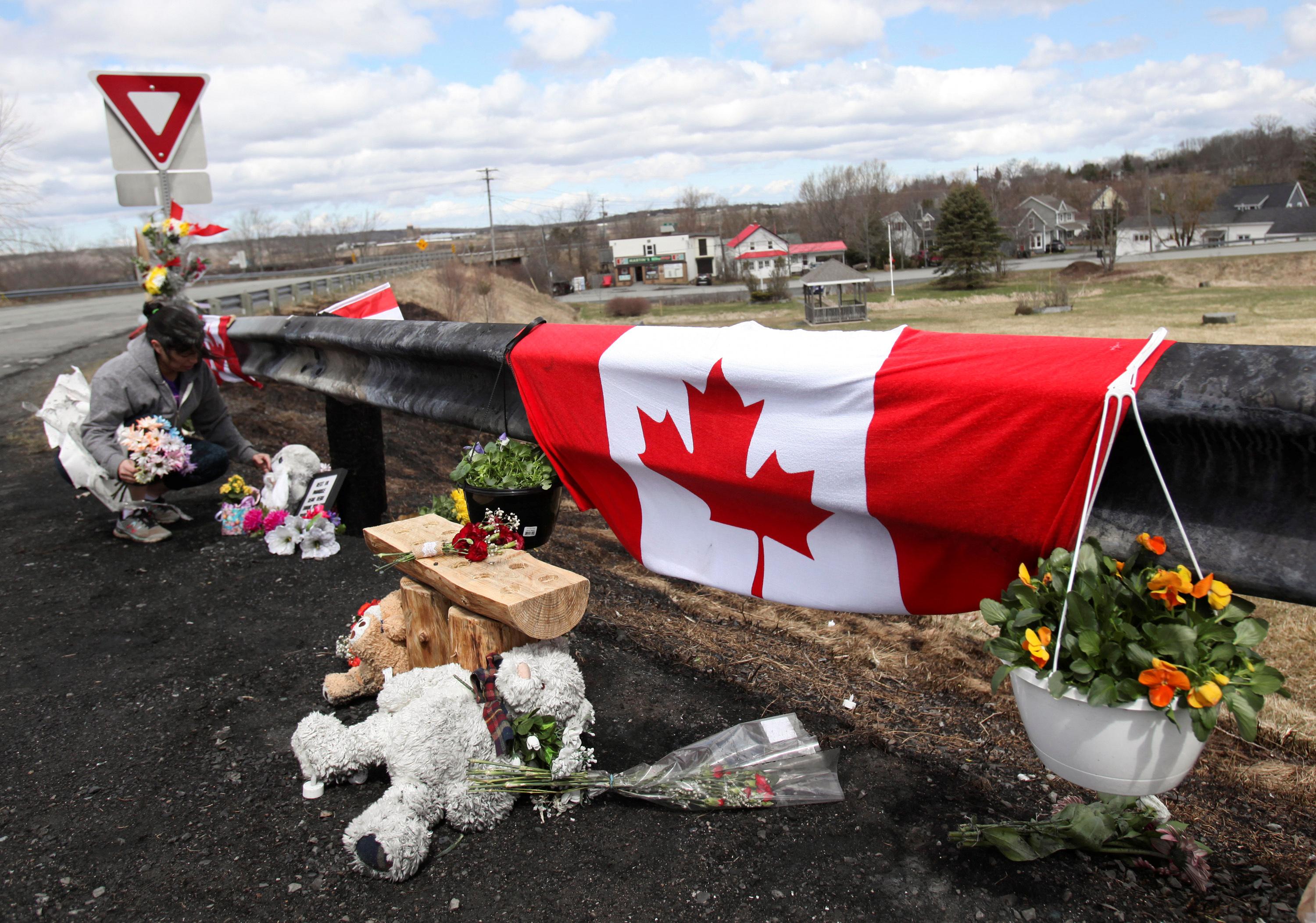 During the worst mass shooting in the country’s history, the Nova Scotia provincial detachment of the Royal Canadian Mounted Police (RCMP) sent a series of tweets to about 90,000 followers warning that there was an active shooter in the area.

But some of the families and friends of the victims said a provincial warning system, which would have sent out text, radio and TV warnings, might have saved the lives of their loved ones.

“I don’t use Twitter, and I don’t know anyone that does use Twitter,” Nick Beaton said in an interview broadcast by CTV News. Beaton’s wife Kristen, a nurse and mother from Debert, was shot dead on Sunday while on her way to work.

Beaton said he would have never let his wife leave the house that morning had he known the gunman was still at large.

RCMP Commissioner Brenda Lucki acknowledged on Monday that the force would have to evaluate “what could we have done better to make Canadians safer” when asked about the failure to send a provincial alert.

The shooter, 51-year-old Gabriel Wortman, began a rampage on Saturday night that continued in many small Nova Scotian towns and ended around noon on Sunday, when he was shot and killed by RCMP officers.

Wortman’s motive is still unknown. Police have said that some of his victims were known to him, but others appear to have been random.

There are 22 confirmed victims, but police have cautioned they are still investigating crime scenes, including more than five homes Wortman burned to the ground, which could yield more victims.

The RCMP are due to hold a news conference at 3:30 p.m. ET (1930 GMT) to provide further details on the investigation.

Police have said Wortman was driving a car nearly identical to a police cruiser, and that he was wearing a genuine RCMP uniform, helping him to escape notice during the shooting spree.

Meghan Nearing, a resident of the area where many of Wortman’s victims lived, was home with her son on Saturday night and heard about the shootings, but did not know the gunman was still active when she woke up the next morning.

“There was nothing, no alert, so I thought everything was OK,” she told Reuters, speaking not far from where RCMP Constable Heidi Stevenson was shot and killed by Wortman on Sunday.

“Little did I know he was in my town when I was thinking that.”