With Ratko Mladic in ailing health, survivors worry he may die before the appeals ruling in his war crimes trial. 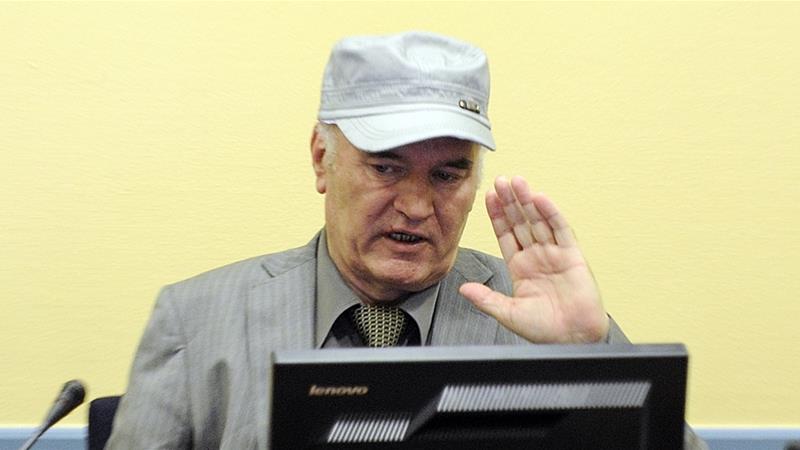 Bosnian Serb general Ratko Mladic, the chief architect of the Srebrenica genocide, was still without a final verdict even 25 years after the massacre.

In July 1995, Serb forces killed more than 8,000 Muslim men and boys in Srebrenica in a few days. The episode – labelled as genocide by two international courts – came at the end of a 1992-95 war between Bosnia’s Croats, Muslims and Serbs that killed some 100,000 people.

Mladic was handed a life sentence in 2017 for genocide and other crimes by the UN International Criminal Tribunal for the former Yugoslavia (ICTY), but the appeal has yet to begin.

His victims’ relatives have been worrying that the now frail former general may die before being dealt incontestable justice.

Born in Bosnia and Herzegovina, an ethnic melting pot once showcased as an example of “brotherhood and unity” in Yugoslavia, Mladic – now 77 – was an anonymous army officer until the violent breakup of the federation in 1991.

A year later, he was appointed the overall commander of Bosnian Serb forces. He carried out a swift, merciless campaign against the then far weaker Bosniak and Croat forces, grabbing swathes of land for the Serbs.

At one point, the Serbs, who virtually inherited the Yugoslav army in Bosnia, controlled three-quarters of the country. His forces also launched a campaign of terror against Bosniaks and Croats wherever possible.

The ICTY judgement detailed gruesome details of murder, beatings, rape and other atrocities, some of which he ordered or witnessed personally.

During the trial, Mladic showed no remorse; on the contrary, despite being frail and occasionally not fully coherent, he attempted to radiate the same arrogance which showed during the 1992-95 war.

“I want my enemies, and there are many, to drop dead because I am still alive,” he said as the trial opened eight years ago.

During the 1992-95 Bosnian war, Mladic reportedly enjoyed showing off his might for cameras, be it by lifting weights or by strutting among terrified Bosniak prisoners – just before his troops killed them.

“Good evening, I am General Mladic,” he was filmed telling terrified women and children waiting in a bus as they waited to be expelled from their homes in Srebrenica in July 1995.

Even as he spoke, his soldiers were rounding up able-bodied males – the youngest was 14 – and setting up their execution.

A US diplomat then involved in the region, Christopher Hill, described Mladic as “brutal, arrogant and vain”.

He recounted how during talks called in 1995 in a bid to ease the siege of Sarajevo, the general slaughtered a pig to demonstrate his ruthlessness.

When the war ended a few months after Srebrenica, Mladic – then already under an ICTY indictment, but also under the protection of Slobodan Milosevic in Belgrade – remained on the same track.

There were reports of him confronting armed British commandos while skiing with his bodyguards in the mountains above Sarajevo and attending a football match in Belgrade.

After Milosevic fell in 2000 and pressure from the West began to grow on Serbia to hand over ICTY indictees, most of all Mladic, he went underground and remained on the run until May 26, 2011.

He was arrested in a relative’s home in Lazarevo, in northern Serbia. The arrest, his extradition and the start of the trial a year later were met with huge attention in Serbia and the region.

‘The Butcher of Srebrenica’

In spite of the detailed, well-documented accusations shown daily on TV channels which aired the proceedings live, Mladic retained the status of the nation’s hero defender, a role he was given by Milosevic’s media during the Yugoslav wars.

The ICTY finally sentenced Mladic to life on November 22, 2017, for the Srebrenica genocide and other crimes. Both he and the prosecution appealed the verdict, the latter because Mladic had been cleared of some accusations.

The appeal, now handled by the Mechanism for International Criminal Tribunal for proceedings unfinished by the ICTY before its closure in December 2017, had been delayed twice from the initial scheduled date on March 22 and the verdict is not expected before 2021.

Many Serbs see the trials of Mladic and other Serbs as an instrument of western pressure on their orthodox, Russia-friendly nation.

For the other side in the Yugoslav wars, however, Mladic will always be a mass murderer nicknamed “the Butcher of Srebrenica”.

Now, with Mladic reportedly surviving a series of strokes and appearing very frail, his victims worry that he may actually die before the appeals ruling and leave the door open for a debate over his guilt or innocence.

That has happened before, with none other than the biggest player in the Yugoslav wars: Serbian strongman Slobodan Milosevic succumbed to heart failure in 2006 with the verdict months ahead and so died as a legally innocent man.