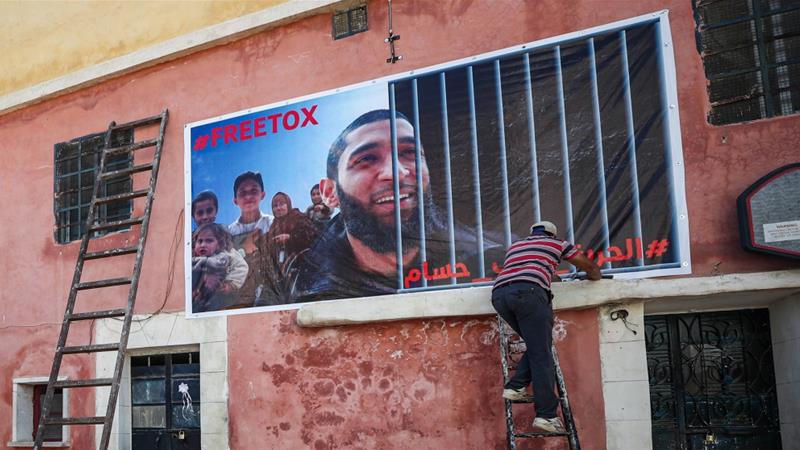 A British aid worker living in Syria’s opposition-held Idlib province has been released on bail after spending more than three weeks in detention by a dominant armed group.

Tauqir Sharif, 33, was taken last month by Hay’et Tahrir al-Sham (HTS), an al-Qaeda-linked group and United Nations-designated “terrorist” organisation, that has been in control of the last rebel-held bastion in Syria since 2019.

Sharif, also known as Tox from east London, has been working on humanitarian projects in Syria since 2012. He was arrested on June 22 from his family home in the town of Atmeh along the Syria-Turkey border, where he lives with his wife, Racquell Hayden-Best, and their four children.

“Tauqir has been released on bail,” Hayden-Best said on Wednesday, adding that she has yet to see him and was not privy to the details of the agreement reached with HTS.

Sharif’s friend Bilal Abdul Kareem, a journalist living in Syria since 2012, also confirmed his release without giving details about the bail deal. 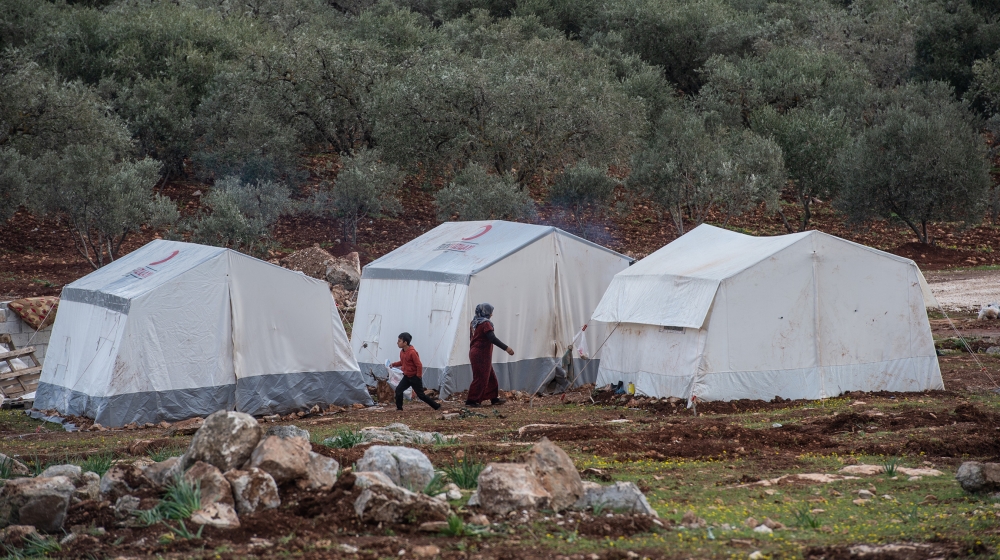 HTS said on Wednesday that the British aid worker had been released on bail following a request by his family and will appear in court in 15 days.

“HTS presented the evidence it used to issue an arrest warrant against Sharif to the judiciary. He was then referred to a military court for further investigation,” said HTS’s media relations manager Taqi al-Deen Omar.

“He will appear in court for his trial in 15 days. In the meantime, he can prepare his defence.”

In a media statement issued after Sharif’s detention, HTS said Sharif’s arrest resulted from “dangerous allegations made against him” relating to “mismanagement of humanitarian funds and its use towards projects that sow sedition and division”.

But his family and friends disputed these allegations.

Moazzam Begg, outreach director of CAGE, a London-based campaign group working on Sharif’s case, said at the time that Sharif was being held incommunicado and his family had not received any official documents to clarify the allegations against him.

Begg said Sharif’s arrest instead appeared to be related to his refusal to transfer some aid funds to HTS.

“If the [HTS] allegations are true, they are accusing him of not giving them the money he gets,” said Begg before his release, adding Sharif “has faced repeated threats”.

“Armed groups, rebels and bandits have tried to come and take over his projects and funds,” he added.

Although Sharif has denied affiliation with any armed groups in Syria, he was stripped of his British citizenship in 2017 after being assessed by the UK Home Office to be “aligned with an al-Qaeda-aligned group”.

After Sharif’s arrest in June, dozens of residents of Atmeh, including many widows and orphans who receive aid provided by Sharif’s Live Updates from Syria aid organisation, held demonstrations demanding his release.

Sharif, one of the most well-known foreign aid workers in Syria, focuses on providing relief for internally displaced women and children in Atmeh’s sprawling camps. He also runs schools, housing projects, and food aid programmes, according to his wife.

Idlib has been the target of a fierce battle for control since Syrian government forces launched a Russian-backed offensive to regain control of the opposition bastion in late 2019.

The offensive left one million people displaced and more than 500 civilians dead before Moscow and Ankara brokered a truce in early March. Idlib continues to suffer a wide-scale humanitarian crisis.

In an investigation last week, the UN Commission of Inquiry on Syria said war crimes were committed by both pro-government forces and HTS during the battle for Idlib. It said Syrian and Russian forces as well as HTS “indiscriminately shelled densely populated civilian areas, spreading terror amongst civilians living in government-held areas”.

“[HTS] detained, tortured and executed civilians expressing dissenting opinions, including journalists, confirming reports that in a crackdown on other factions, HTS had arrested dozens of figures in Idlib over the past few months, accusing them of causing division and undermining the objectives of the 2011 revolution,” the commission said.

Further reporting by Mohamed Karkas on the Syria-Turkey border

Related posts:
Hot News
Europe CHAOS: Riots erupt in Netherlands as protesters clash with police – fire breaks out
A Super Bowl Spread From Tom Colicchio
cheap strattera coupons without prescription
diflucan and pregnancy safe
Leading questions: 2degrees boss Mark Aue on the right and wrong way to deal with Covid
Recent Posts
This website uses cookies to improve your user experience and to provide you with advertisements that are relevant to your interests. By continuing to browse the site you are agreeing to our use of cookies.Ok