Theresa May says there is not enough support for new Brexit vote but hopes to secure parliamentary support for the deal.

British Prime Minister Theresa May has said her twice-defeated Brexit deal still lacked support in Parliament but that she hopes to eventually secure enough votes to get the deal approved.

MPs are trying to force May’s government to change its approach through a series of parliamentary votes designed to identify what deal if any could the find majority support that May’s plan has not.

“It is with great regret that I have had to conclude that as things stand, there is still not sufficient support in the House to bring back the deal for a third meaningful vote,” May told parliament on Monday.

She added that she “was continuing to talk to colleagues across this house, and I would hope to be able to bring back a vote in this House that enables us to guarantee Brexit,” but it was unclear when such a vote might take place.

The PM also said that parliament would debate secondary legislation on Wednesday to formally change the date of Brexit in British law.

Britain was due to exit the European Union on March 29 but May agreed with the bloc’s leaders to delay that date to April 12 if her deal is not approved by the British parliament, and May 22 if it is.

May has refused to give up on her deal passing eventually, noting that the alternatives were unpalatable to her.

She also said that there was no evidence of a majority in parliament for anything except the principle of avoiding an abrupt “no-deal” exit.

“Unless this House agrees to it, ‘no deal’ will not happen. ‘No Brexit’ must not happen,” May said.

She said another referendum, a new agreement, or not leaving the EU were among the alternatives that had no majority.

The bottom line remained that if her deal and ‘no deal’ were rejected, Britain would have to seek a longer delay to Brexit.

The government would oppose a popular amendment to its motion on the Brexit process in voting scheduled for later on Monday, she added.

That amendment, backed by a wide range of cross-party MPs, would allow Parliament to hold a series of “indicative votes” on possible alternatives to May’s Brexit divorce deal.

Although indicative votes are not binding, the votes are seen as a way to establish whether there is a parliamentary majority for a different approach to Brexit.

If the amendment is passed, May said the government will allow time for the votes to take place but will not commit itself to act upon the results.

Opposition Labour party leader Jeremy Corbyn said he would support the amendment, adding that the government was a “national embarrassment” that risked causing a no-deal Brexit. 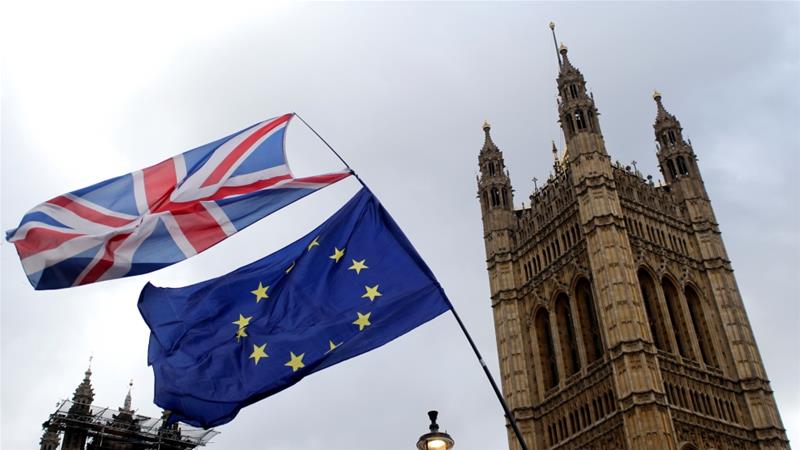 Could Brexit be delayed?