Former Brazilian leader who is already serving a 12-year sentence jailed for nearly 13 years in another corruption case. 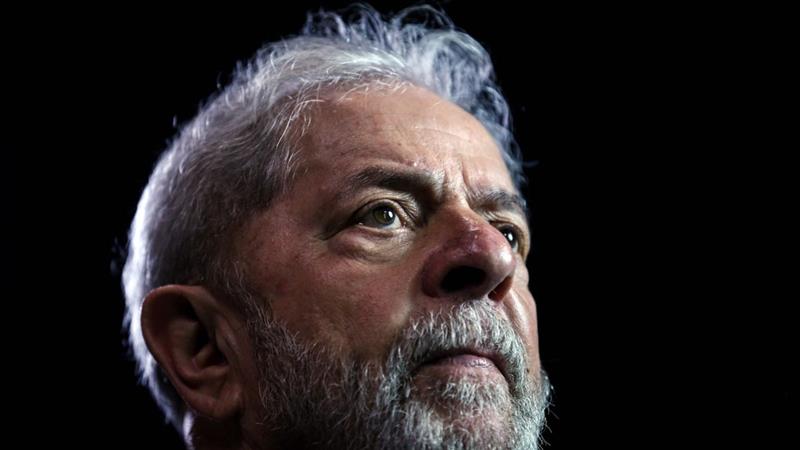 Brazil’s former President Luiz Inacio Lula da Silva has been convicted for a second time on charges of corruption and money laundering and sentenced to nearly 13 years in prison.

Lula was on Wednesday found guilty by a court in the southern city of Curitiba of accepting renovation work by two construction companies on a farmhouse in exchange for ensuring they won contracts with the state-run oil company Petrobras.

He was given a sentence of 12 years and 11 months by the court in the southern city of Curitiba.

Last April, Lula began serving a sentence of 12 years and 11 months after being convicted on the same charges involving renovations at a beach-front apartment paid for by construction companies.

A legal expert, Thiago Bottino do Amaral of the Getulio Vargas Foundation, told AFP news agency that, under Brazilian law, prison terms can be served one after the other as long as the total time behind bars does not exceed 30 years.

The 73-year-old, who ruled Brazil between 2003 and 2010, has denied all the charges against him, claiming they were politically motivated with the aim of preventing him from competing in the election last year that was won by current far-right President Jair Bolsonaro.

Defending himself in the latest case, he said the farmhouse did not belong to him and its title was in the name of one of his friends, Fernando Bittar.

But the Curitiba judge, Gabriela Hardt, was not persuaded and noted that “the family of ex-president Lula very often frequented the farm as if he was the owner”.

She also observed that Bittar had said in 2014 that his own family did not visit the property as often and that it was used more by Lula’s family.

“The accused received these unjustified benefits because of his position as president of the republic, of whom exemplary behaviour is demanded,” she said.

The value of the renovation work carried out was put at more than one million reais ($270,000).

The investigation uncovered a vast illegal operation involving Petrobras and major construction companies and bribes to politicians of several parties.

Lula is the most high-profile of several political and corporate figures to be brought down by the probe. Moro handed him his first prison sentence after finding the ex-president guilty of accepting a luxury seaside apartment as a bribe by a construction company, also in exchange for contracts with Petrobras.

Hardt took over “Car Wash” at the end of last year when Moro accepted his new post under Bolsonaro, who vowed to eradicate corruption taking a tough line.

Bolsonaro has said he hopes Lula “rots in prison”. On Wednesday, the president tweeted a news headline of Lula’s new conviction and sentence without comment.

The head of Lula’s Workers Party, Gleisi Hoffmann, tweeted that “the persecution of Lula continues”.

Last week, Lula asked for permission to leave prison to attend the funeral of his brother, but the authorisation arrived too late, only after the burial.

“They didn’t let me say goodbye to Vava out of pure cruelty. All I can do is stay here and cry,” Lula said at the time.