SAO PAULO/BRASILIA (Reuters) – Brazilian President Jair Bolsonaro said on Tuesday he tested positive for the novel coronavirus after months minimizing the severity of the pandemic and defying medical experts, even as the virus killed more than 65,000 people in his country.

The right-wing populist gave the news to reporters at his official residence standing just inches away from him, adding to criticism of his cavalier approach to the outbreak in Brazil, the world’s worst outside the United States.

Even as he announced his infection, the 65-year-old former army captain dismissed the dangers of the virus and credited unproven treatments for his mild symptoms, echoing his political role model U.S. President Donald Trump.

“If it weren’t for the test, I wouldn’t know the result. And it turned out positive,” he told the television cameras, adding he had started to feel sick on Sunday and grown worse on Monday, with a fever, muscle pains and exhaustion.

The president said he was taking hydroxychloroquine, an anti-malarial drug with unproven effectiveness against COVID-19 that has been touted by Trump and some of his supporters and pro-government factions in Brazil as a potential cure.

Finishing the interview with three TV channels, Bolsonaro stepped back and removed his mask to reveal a smile, adding: “You can see from my face that I’m well and I’m calm.”

Bolsonaro, like Trump, has blasted experts at the World Health Organization and voiced skepticism about the virulence of the virus, although the U.S. president has moderated his tone.

The Brazilian leader repeated his claim on Tuesday that the risks of COVID-19 were exaggerated and most Brazilians did not need to worry: “Be assured that for you the chance of something more serious is close to zero.”

With more than 1.6 million confirmed coronavirus cases in Brazil, Bolsonaro’s handling of the crisis has drawn criticism from public health experts as he fought state and city efforts to impose social distancing, arguing that the economic damage would be worse than the disease itself.

He has fired two health ministers during the pandemic, both trained doctors, and replaced them with an active-duty army general on an interim basis.

Asked about Bolsonaro’s health, a White House spokeswoman said “we wish him well and a speedy recovery.”

Brazilian financial markets retreated after the news on Tuesday, with Brazil’s currency swinging into negative territory and its main stock index falling as much as 1.7%. BRBY .BVSP 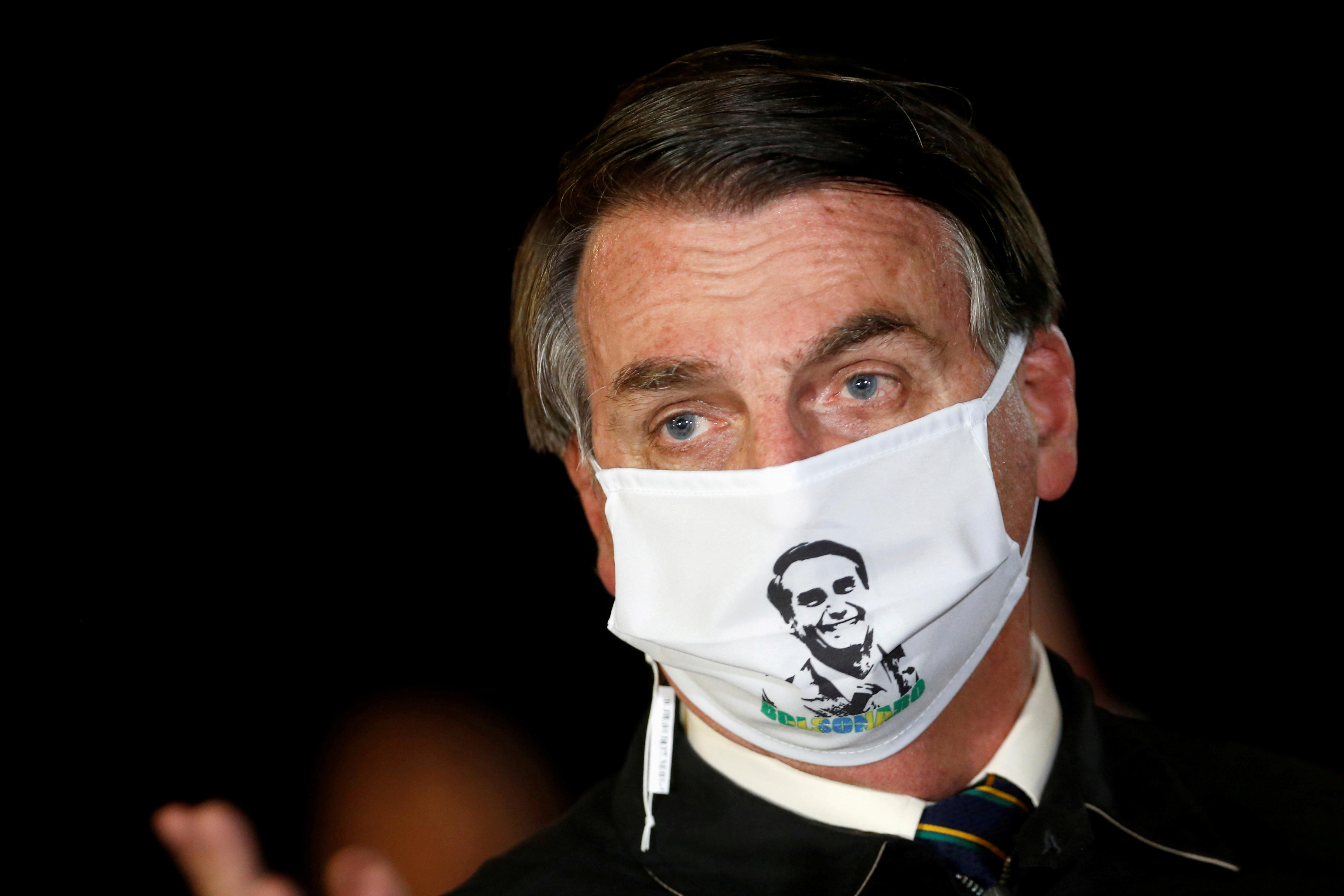 Bolsonaro joins a short list of government leaders infected with the coronavirus, including British Prime Minister Boris Johnson and Honduran President Juan Orlando Hernandez, both of whom were treated in hospitals and needed extra oxygen.

Over the weekend, Bolsonaro was also in close contact with U.S. Ambassador Todd Chapman during July 4 celebrations, and pictures showed neither wearing a mask. The U.S. embassy said Chapman had tested negative, but would remain in quarantine.

After his diagnosis, Bolsonaro said he would keep working via videoconference and “rarely receive one person or another to sign a document.”

“The message is that this virus is unpredictable and does not respect race, class or people in power, despite security around any president,” Espinal said. “For Brazil, the infection of its president should reinforce the need to strengthen implementations of social distancing recommendations and the use of masks to mitigate the spread of coronavirus.”

Bolsonaro has often defied local guidelines to wear a mask in public, even after a judge ordered him to do so in late June.

In March, he suggested in a televised national address that he was not concerned by the idea of contracting the coronavirus.

“With my history as an athlete, if I were infected by the virus, I would not have to worry. I would feel nothing or, at most, it would be a little flu or a little cold,” he said.

Related posts:
Hot News
U.S. health chief arrives in Taiwan on trip condemned by China
Sturgeon under threat as new group plans to halt independence dream – ‘Scots have spoken!’
Severe storm warning: Thunderstorms to BATTER UK following three-day scorcher
US COVID-19 cases hit 5 million; Brazil deaths at 100,000: Live
Trump signs coronavirus relief orders after talks with Congress break down
Recent Posts
This website uses cookies to improve your user experience and to provide you with advertisements that are relevant to your interests. By continuing to browse the site you are agreeing to our use of cookies.Ok