MEXICO CITY (Reuters) – Mexico’s bustling capital was once seen as a relative oasis in the country’s raging drug war, but a shocking military-style assassination attempt on the city’s police chief offers proof at least one gang is unafraid to shatter the peace. 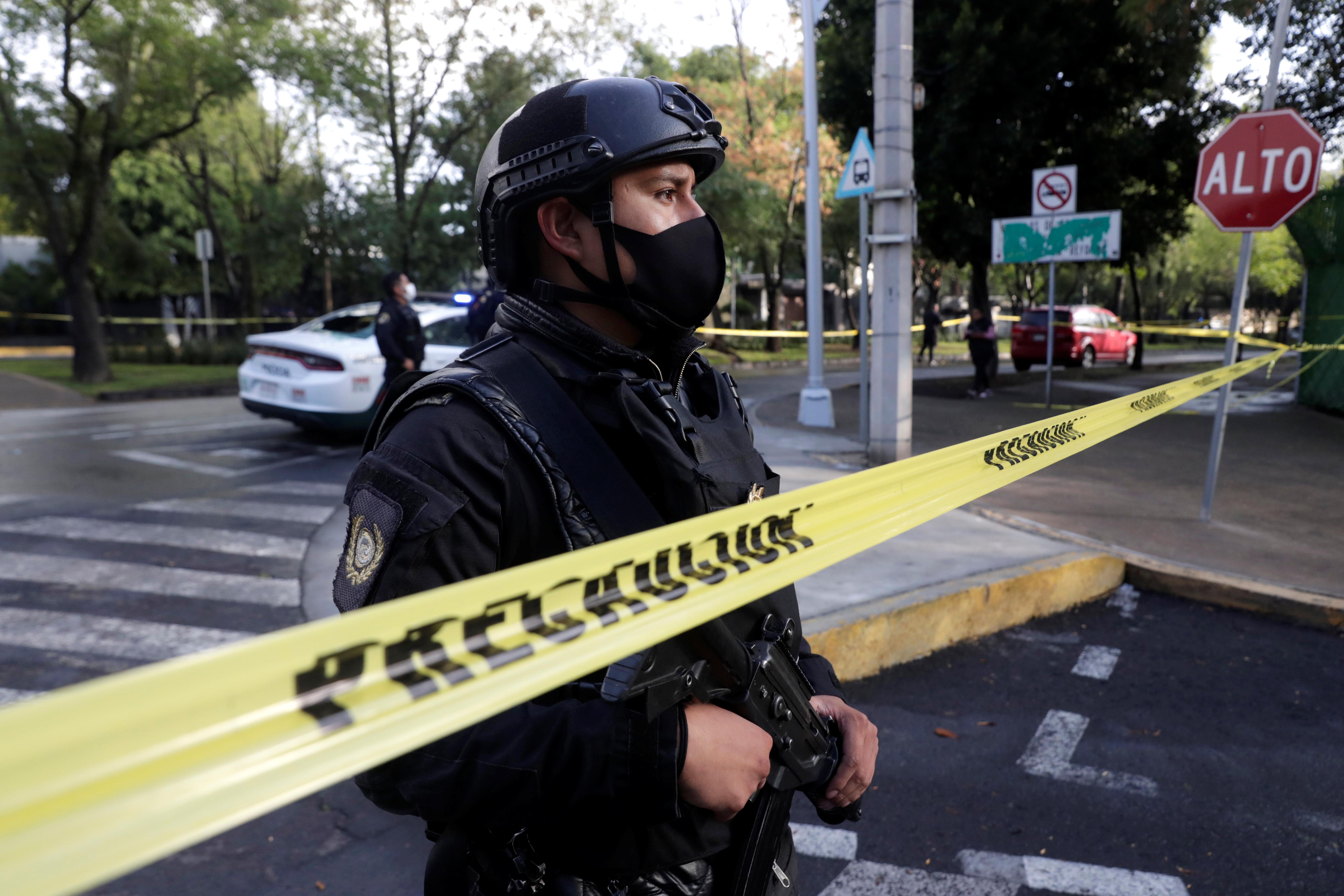 The hyper-violent Jalisco New Generation Cartel, or CJNG, was quickly fingered as the probable culprit by the wounded target of the attack, Mexico City security head Omar Garcia Harfuch, in a message tapped out on his phone shortly after the shooting, likely from his hospital bed.

The 38-year-old Garcia Harfuch – who was shot in the shoulder, collarbone and knee during the attack – defiantly pledged to keep working.

While cartel gunmen failed to kill Garcia Harfuch in Friday morning’s daybreak hit in one of Mexico City’s most upscale neighborhoods, two of his bodyguards plus an innocent bystander on her way to work were gunned down in the crossfire.

Officials said nearly 20 suspects have already been arrested, including the man described as the leader of the attempted assassination.

Many analysts described the hit as a show of strength by CJNG and evidence that drug gangs are probably expanding their presence in Mexico’s capital. Some, however, offered a contrarian view.

“For me, this looked like the futile struggle of a drowning man more than a show of strength,” said cartel expert Tomas Guevara.

He noted that preliminary reports describe some three weeks of planning that went into the attack, and pointed to a well-executed counteroffensive by police immediately following the attack in which fleeing cartel gunmen were swiftly rounded up.

“In Mexico City, at least, the police are doing a good job … and I hope this can boost other police departments in other states.”

CJNG is regarded as Mexico’s strongest gang, along with the Sinaloa Cartel formerly led by jailed kingpin Joaquin “El Chapo” Guzman. It is often credited with successfully infiltrating poorly paid and trained local police departments across the country to better protect its wide-ranging criminal rackets.

Unlike his predecessors, President Andres Manuel Lopez Obrador has sought a less confrontational approach to crime-fighting, preferring to attack what he describes as root causes like poverty and youth joblessness, via social spending.

But during Lopez Obrador’s first full year in office last year murders hit a new record, and the homicide rate is on pace to surpass it this year.

The grisly crime wave will likely apply new pressure on the president to change tack.

“The army will need to be brought in,” said Tirado, even as he acknowledged it will not likely contain the growth of sophisticated actors like CJNG or new rounds of deadly shootouts.

“We’ve seen this movie before.”