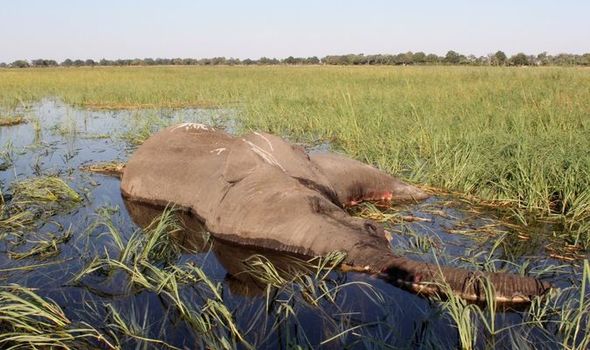 Officials have verified 281 elephant carcasses since the first bodies were discovered two months ago but conservationists fear the actual death toll could be closer to 400.  The deaths have been concentrated in an area of more than 3,000 square miles in Botswana’s Okavango Delta which is home to about 18,000 elephants.

Yes, it is a conservation disaster – but it also has the potential to be a public health crisis

Poaching and anthrax have been ruled as possible causes and there has been no drought, another mass killer of elephants.

But researchers have reported seeing elephants looking confused, wandering in circles and falling onto their faces before dying.

And conservationists fear an unknown pathogen – a novel elephant virus – could be behind the mass deaths.

Referring to the global COVID-19 pandemic, Niall McCann, director of conservation for the charity National Park Rescue, said: “We are currently living with a zoonotic spillover event. 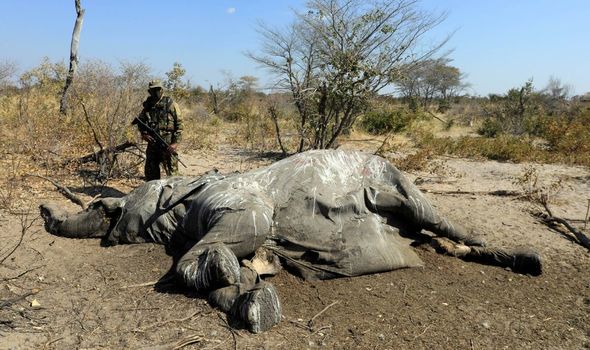 “The absolute worst case is that this could turn into another one. It is incredibly important to rule out the prospect of this crossing over into people.

“Yes, it is a conservation disaster – but it also has the potential to be a public health crisis.

“The whole environment needs to be sampled — the vegetation, water and soil. All the tissue of the carcass, the muscle, blood, brain, spleen.” 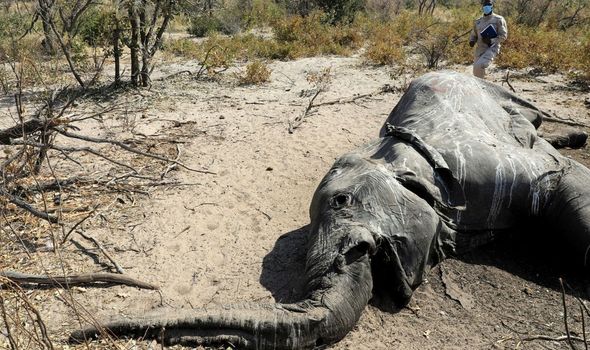 Test results from samples sent to Zimbabwe to determine the cause of death of hundreds of elephants are being studied but experts are waiting for more results from South Africa next week before sharing findings with the public.

Oduetse Kaboto, a senior official in the environment and tourism ministry, said: “We have to wait for another set of results and reconcile the two to see if they are saying the same thing before we come to a definitive conclusion

“We are hoping the second set of results will come in next week and that’s when we should be able to communicate to the public the cause of deaths.”

Mary Rice, executive director of the Environmental Investigation Agency in London, said: “There is real concern regarding the delay in getting the samples to an accredited laboratory for testing in order to identify the problem – and then take measures to mitigate it.

“The lack of urgency is of real concern and does not reflect the actions of a responsible custodian.

“There have been repeated offers of help from private stakeholders to facilitate urgent testing which appear to have fallen on deaf ears. And the increasing numbers are, frankly, shocking.” 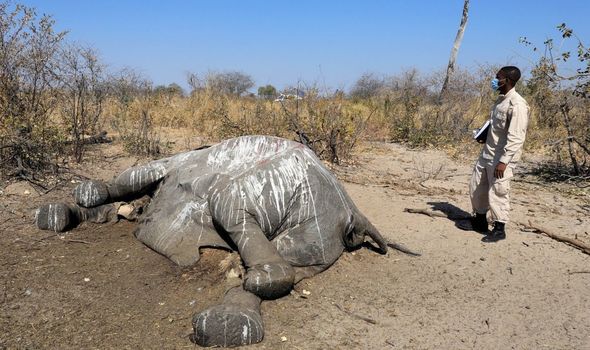 Dr Cyril Taolo, acting director for Botswana’s department of wildlife and national parks, said: “We are aware of the elephants that are dying. Out of the 350 animals we have confirmed 280 of those animals. We are still in the process of confirming the rest.”

Although the number of deaths so far represents a fraction of the estimated 130,000 elephants in Botswana, there are fears more could die if authorities cannot establish the cause soon.

Chris Foggin, from Zimbabwe’s Victoria Falls Wildlife Trust, which conducted the tests on elephant samples from Botswana, said only that country’s government could share the findings.

The Botswana wildlife department said the government contacted neighbours Zimbabwe, Angola, Namibia and Zambia but they had not seen similar elephant deaths.

Africa’s overall elephant population is declining due to poaching, but Botswana, home to almost a third of the continent’s elephants, has seen numbers grow from 80,000 in the late 1990s.