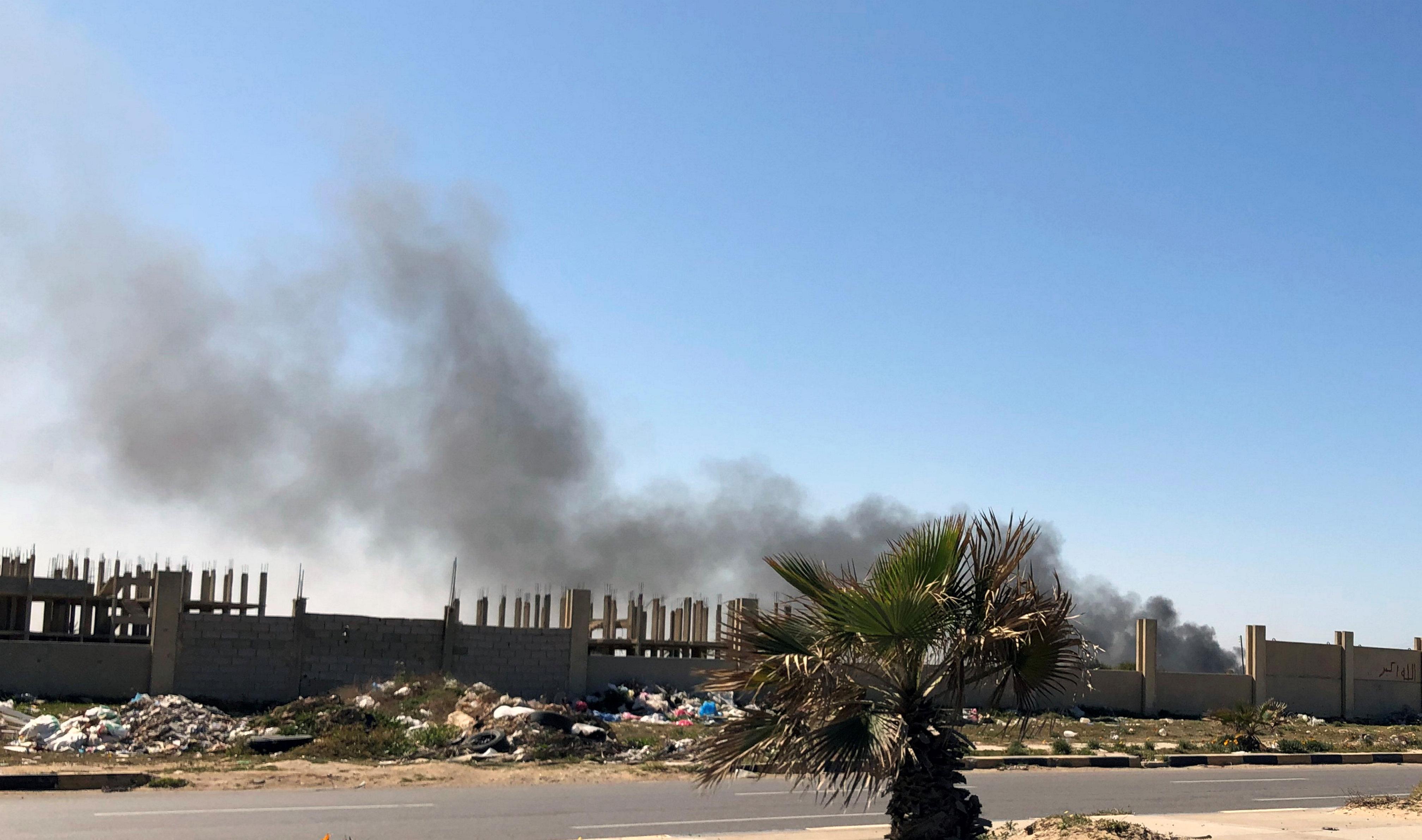 TRIPOLI (Reuters) – Bombardment of the Libyan capital Tripoli intensified on Friday, residents said, forcing the evacuation of some patients from a hospital near the capital’s only functioning airport.

Residents said the shelling was among the hardest since the two sides said they had agreed a ceasefire in January, as blasts of artillery echoed in the city center and black smoke billowed near Mitiga airport held by the government.

The fighting, between the Libyan National Army (LNA) of eastern-based leader Khalifa Haftar and the internationally recognized Government of National Accord (GNA) based in Tripoli, came as the United Nations tried to hold peace talks in Geneva.

Shelling of Mitiga airport has forced a suspension of flights for hours at a time on consecutive days this week and new damage to a hangar was visible after Friday’s bombardment.

The town council of Abu Salim, a Tripoli neighborhood, posted pictures of damaged houses on Facebook, saying a woman and child had been taken to hospital.

The LNA is backed by Egypt and the United Arab Emirates, while the GNA is supported by Turkey and allied fighters it has brought from Syria. Haftar began his attack on Tripoli last year in the latest round of fighting in Libya since the 2011 toppling of strongman Muammar Gaddafi.