The statue of Black Lives Matter protester Jen Reid put in place without the knowledge of Bristol City Council. 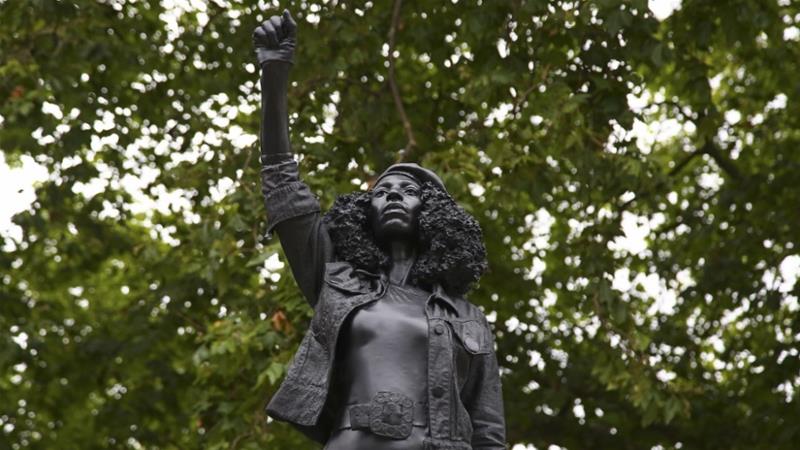 A statue of a slave trader removed by anti-racism protesters in the southwestern UK city of Bristol last month has been replaced – in secret – with a sculpture of a Black woman who helped pull it down.

The new statue, showing Black Lives Matter (BLM) protester Jen Reid with her fist raised, occupies the plinth where the likeness of Edward Colston stood before crowds threw it into Bristol harbour.

Entitled A Surge of Power, the sculpture by artist Marc Quinn was put in place early on Wednesday without the knowledge of Bristol City Council.

Reid was at the early morning unveiling and told the Guardian newspaper that it was “just incredible”.

“This is going to continue the conversation. I can’t see it coming down in a hurry,” she said.

The local authority had said any decision to replace the Colston statue would be taken democratically. 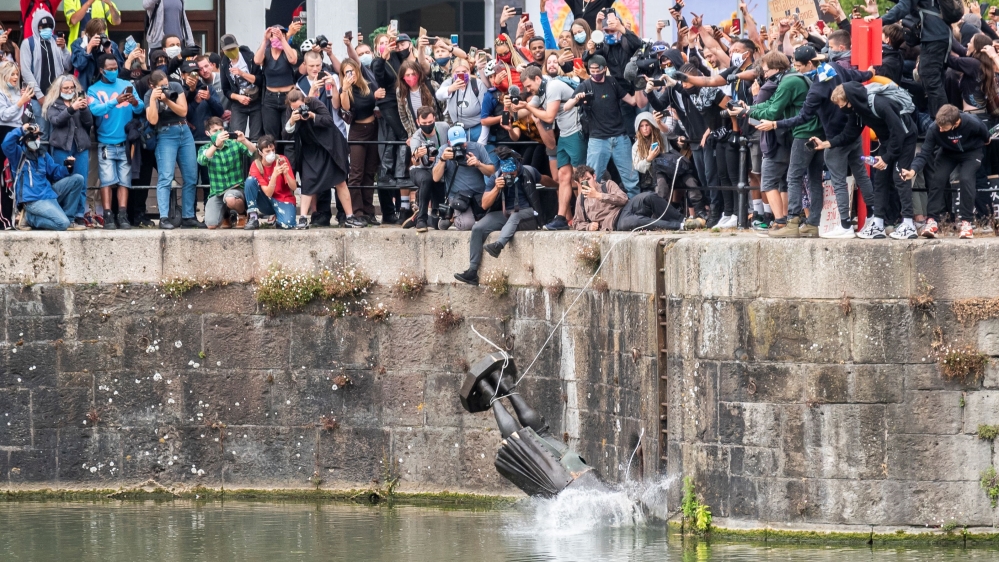 Colston’s statue, which had occupied the plinth since 1895, was torn down by BLM protesters who took to the streets following the killing of African American George Floyd by police in the US city of Minnesota in May.

Floyd’s death prompted global protests, including in the UK, where much of the focus of demonstrations has been on Britain’s colonial past.

A native of Bristol, his name is commemorated in many landmarks across the city.

The impact of the march in Bristol has seen calls for other statues to be taken down, including that of colonialist Cecil Rhodes at Oxford University’s Oriel College.

There have also been counter-demonstrations to protect some statues, including one of Winston Churchill in London and one of Scout movement founder Robert Baden-Powell in Poole on England’s south coast.

Ripples from the Bristol protest have been felt elsewhere in the UK, including the southern coastal city of Brighton and Hove, which has pledged to work towards becoming “anti-racist”.

Quinn’s previous works include a self-portrait, Self, and a sculpture entitled Alison Lapper Pregnant, which was displayed in the capital London’s Trafalgar Square.