The attacks came on Nowruz, a Persian festival to mark the start of spring celebrated in many parts of Afghanistan. 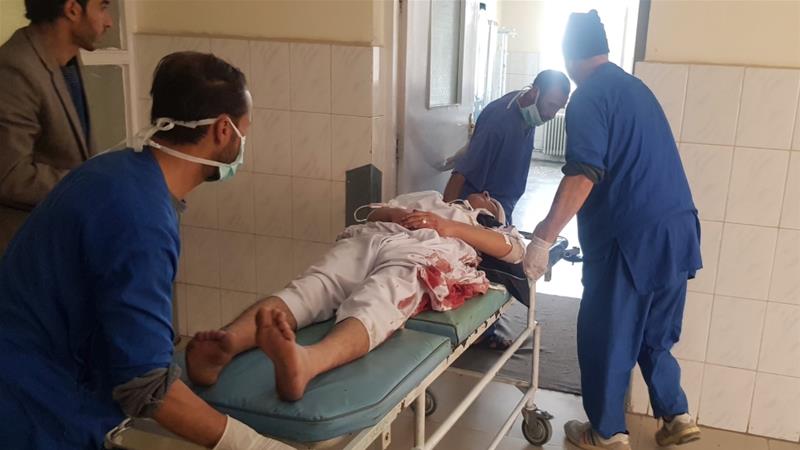 At least six people were killed by blasts in a Shia part of Afghanistan’s capital during Persian New Year celebrations, officials said.

The Taliban denied responsibility for Thursday’s attack, which police said had been caused by three remote-controlled explosives – one placed in the washroom of a mosque, one behind a hospital, and one in an electricity meter.

The blasts were near Kabul University and the Shia Karte Sakhi shrine, where many Afghans gather every year to mark Nowruz, which is the traditional Persian New Year holiday.

“As we celebrate this auspicious day to bind us together our fellow citizens witnessed another devastating day in #Kabul,” President Ashraf Ghani wrote on Twitter.

“We lost peaceful citizens to a coward enemy that knows no bounds.”

Kabul police spokesman Basir Mujahid said a fourth explosive was defused near Kabul University, and that authorities were searching for any others that may have been placed in the area.

But he added that the explosives were far from the main site of the celebrations.

Exactly one year ago, a blast near a crowd celebrating at the shrine killed 33 people in an attack claimed by the Islamic State of Iraq and the Levant (ISIL or ISIS) group.

ISIL, which regularly targets Shia communities in Sunni-majority Afghanistan, has also attacked the shrine once before, in October 2016, when its gunmen killed 18 people gathered there to mark Ashoura, a particularly important period of mourning for Shia Muslims, as it marks the anniversary of the 7th century Battle of Karbala in present-day Iraq, when Imam Hussein, grandson of Prophet Muhammad, was killed.