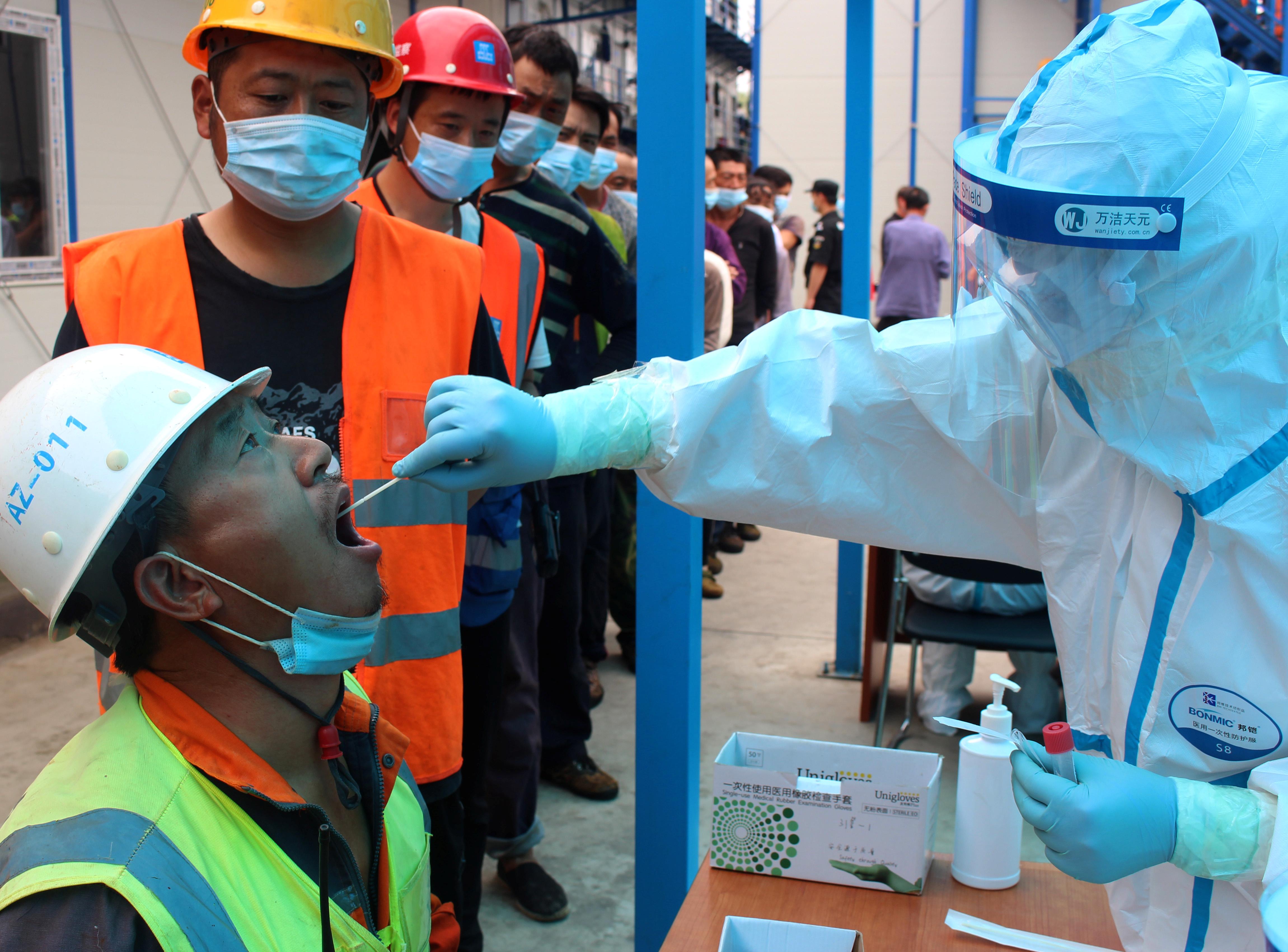 SHANGHAI (Reuters) – Beijing has ramped up coronavirus testing efforts and has tested about a third of the Chinese capital’s population so far, a city official said on Sunday, as authorities seek to control an outbreak stemming from a wholesale market in mid-June.

“This means we have already tested all the people that need to be tested. We are also rolling out large scale screening to key regions and key populations (of the city) and improve our capability of testing,” said Zhang, adding that Beijing was also receiving medical support from other provinces.

Beijing reported its first case from the outbreak at Xinfadi market on June 11 and 311 people in the city of over 20 million have tested positive for the virus since then.

According to Zhang, the testing is being done in batches and includes workers from the market and residents in surrounding neighbourhoods. Students, front-line medical staff, and workers in the transportation, banking, supermarkets, express deliveries and beauty salon industries will also be tested.

Zhang added that Beijing’s daily testing capacity has increased to 458,000 per day.

China on Sunday reported 17 new coronavirus cases, of which 14 were from Beijing.