Halloween weekend plans across the UK are at risk after the latest BBC weather forecast warned of heavy rain and strong winds of speeds up to 70mph. BBC meteorologist Matt Taylor issued a “weather health warning” to BBC Breakfast viewers ahead of this weekend. He said that two Atlantic storms, emerging from the fallout of ex-Hurricane Zeta, will strike the UK on Saturday and Sunday.

Mr Taylor said: “It will be mild temperature-wise through this weekend but it does come with a weather health warning.

“We have more heavy rain to come and some pretty strong winds especially on Saturday.”

The BBC meteorologist said that the Atlantic weather front “is why we have such mild conditions at the moment”.

Temperatures will range between 16C to 17C on Friday, according to the forest. 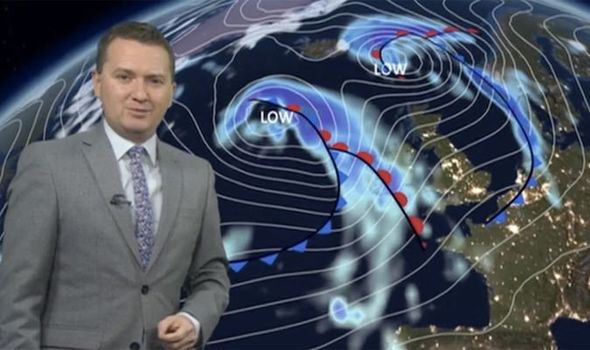 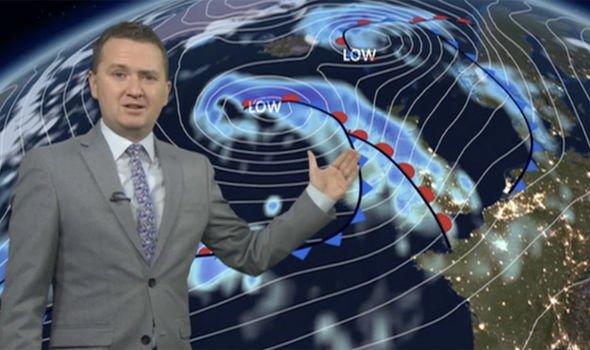 He said: “Overnight, that rain still there in the south-west to begin with then starts to work its way northwards, with some heavier pulses.

“That cloud from the mid-Atlantic begins to develop into an area of low pressure in the west of Ireland, bringing more rain and strong winds.

“It means windy, it means wet. All of us will see rain at some point through Saturday.”

Mr Taylor said the driest region on Saturday in the UK will be East Anglia, while the wettest will be across the west of the UK. 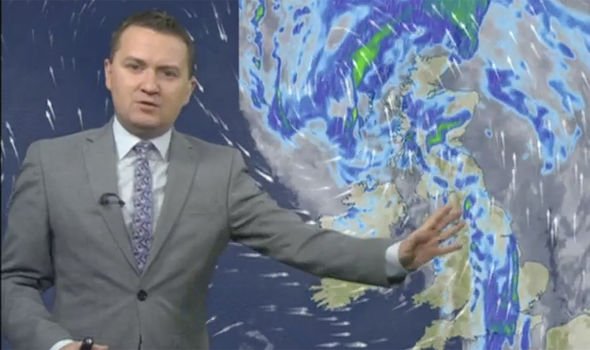 He added: “There will be widespread gales on Saturday along the Irish Sea coast.

“We could see wind speeds top 60 to 70mph, so expect some travel disruption and even some damage as well.

“With heavy rain in the forecast, there could be some minor flooding as well.”

Mr Taylor warned Halloween-goers that “temperatures will briefly drop on Saturday evening, if you’re out for Halloween”. 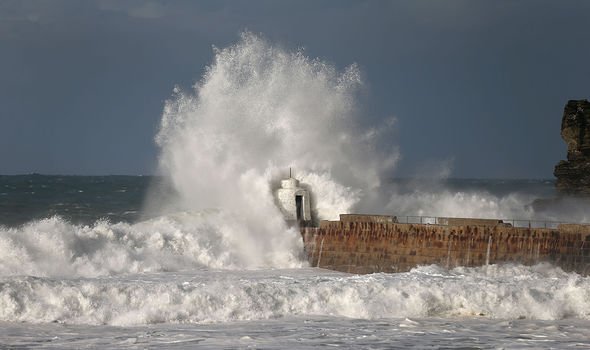 Another area of low pressure from the Atlantic will continue to bring widespread rain and winds on Sunday, according to the forecast.

However, the forecast map also showed that next week, “things will turn drier and brighter and all in all, the nicer side of autumn”.

Gary White, duty tactical manager for Natural Resources Wales, said flooding is “likely” up and down the country in the next few days.

Related posts:
Hot News
EU's Michel invites Biden to 'rebuild' trans-Atlantic alliance
China threat: Satellite images hint Beijing building road near India border flashpoint
A Turkey to Dream About
New lockdown rules explained in full and why pubs could still stay closed
Mystery as kitten found ‘with throat slit’ after going missing for two weeks
Recent Posts
This website uses cookies to improve your user experience and to provide you with advertisements that are relevant to your interests. By continuing to browse the site you are agreeing to our use of cookies.Ok