Wet weather is expected to dominate Europe this weekend, according to BBC meteorologist Nick Miller. The presenter forecast appearances of snow in some parts of the continent as temperatures see “quite a change” in numbers. However, he also noted that high pressure is keeping a large part of Europe dry and also very warm for the time of year.

Mr Miller told viewers: “So that dry and sunny weather will continue for many into the start of the weekend.

“We are seeing low pressure beginning to push into Scandinavia.

“As the weekend goes on, that’s going to take an area of wet weather, rain and snow, mainly to higher ground and then further north. 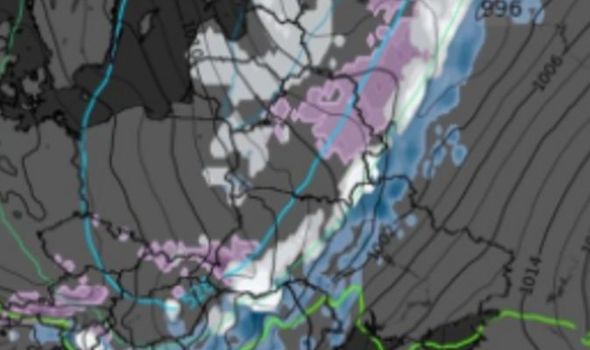 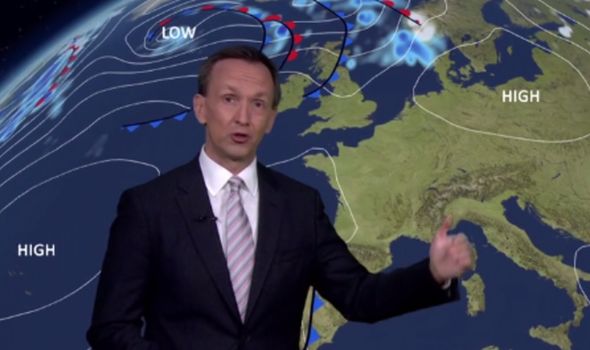 He continued: “That will produce more cloud, some showers and thunderstorms in places here.

“Going into Sunday, that area of wet weather will push across Scandinavia, with the rain and snow.

“Some of these showers will start to push into parts of France, but mainly into Spain and Portugal.

“Elsewhere, you can see a lot of dry weather around during Sunday.” 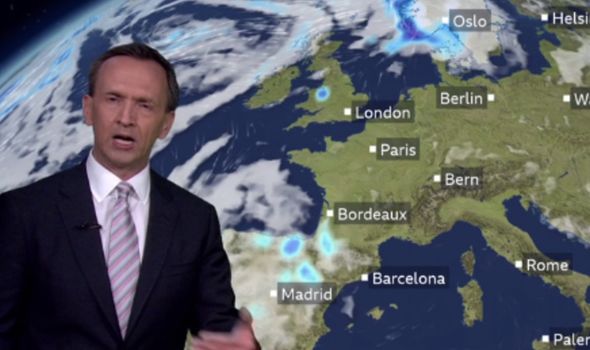 The weather presenter added: “You can see temperatures quite widely into the 20s through much of France as well.

“Temperatures will be suppressed a little bit through Spain and Portugal, where, of course, we’ve seen that cloud build.

“There’s a chance of some downpours affecting more of southern and western France as well.” 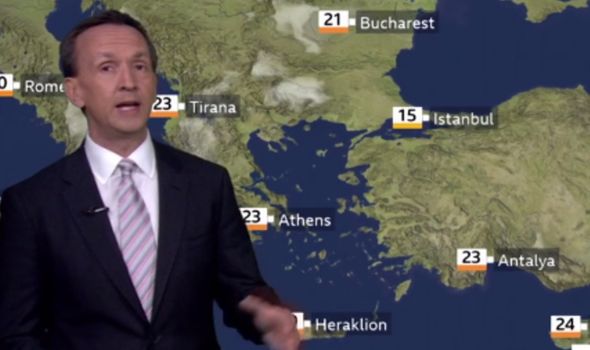 Mr Miller also said: “There may be a few downpours affecting parts of the UK, where it’s turning colder from the north.

“As we take a look at the longer forecast, it will be much cooler in London and Paris by the time we get to Monday.

“That’s quite a change before temperatures recover again later in the week.

“We’ll also see that cooler air pushing down through Berlin as well, even though it will stay mainly dry and sunny.”