BBC Weather meteorologist Stav Danaos recapped the extreme heat across the southwest yesterday, which was exacerbated by high humidity. He explained to BBC Breakfast the heatwave drifted up from the continent where temperatures in parts of France were in the low 40s. This weekend’s weather isn’t looking too bad with high pressure dominating so it should be mainly dry with plenty of sunshine for most.

Mr Danaos told viewers: “We saw 36C in London. It was hot quite widely over central and eastern England, but not everywhere.

“Parts of west Wales, as well as Scotland and Northern Ireland, were much cooler and fresher with more cloud and some showers around.

“An area of high pressure through this weekend is going to continue to build in and produce a lot of dry weather.

“We’ve got some variable amounts of cloud around, some mist and fog too this morning.” 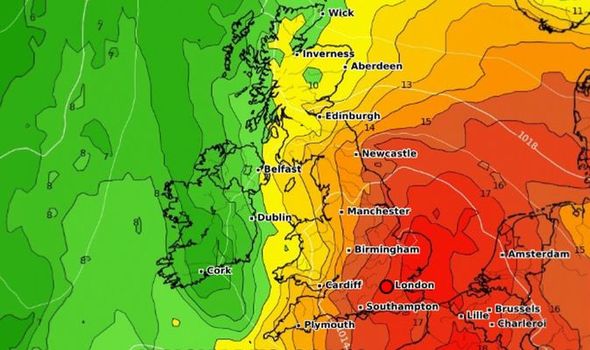 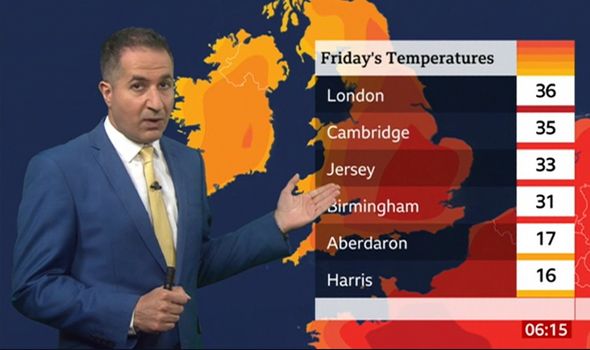 He continued: “A few showers around the extreme southeast, which will tend to clear away.

“Then for most of us as we head through the morning and afternoon, it’s going to be dry with plenty of sunshine.

“Bit of a different wind direction today, coming in from the northeast.

“That means it will be a bit cooler across the North Sea coast.” 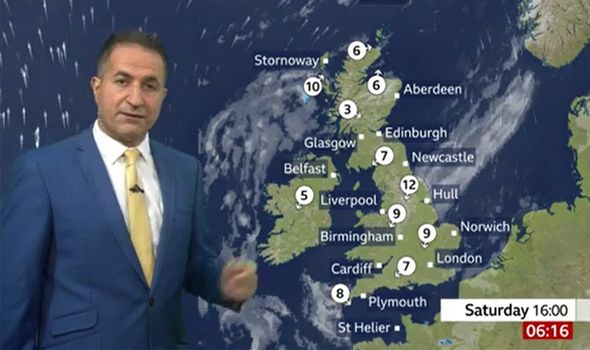 The weather presenter added: “It will be mid to high 20s Celsius again to mid 30s in the southeast, the heatwave continues.

“It will be much more comfortable across Scotland and Northern Ireland with sunshine.

“Tonight it will be mostly dry, a bit of cloud building into central-eastern parts of England.” 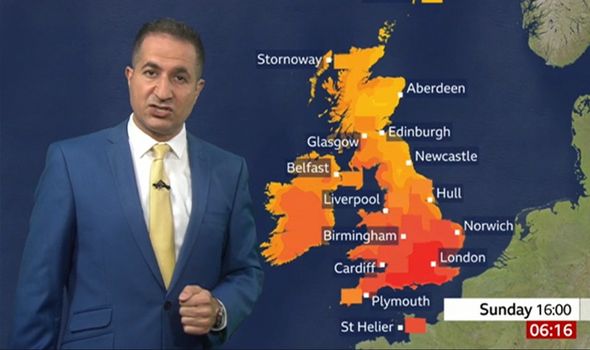 “It will be a bit fresher for Scotland and Northern Ireland.

“Much better here for sleeping than it will be in the southeast.

“Sunday starts off then with a little bit of cloud across central and eastern parts.

“One or two showers will be around, but most places will be dry through the day again.”