An extreme heatwave will blanket Spain by Monday, as some regions experience temperatures over 36C amid an unusual warning from the national weather agency. Spain’s Meteorological Agency AEMET has warned that the country faces “abnormally high temperature levels” following a blast of Saharan air from Africa.  It is set to be the first official heatwave of 2020, as daytime temperatures push into the mid-30s for several consecutive days.

The BBC’s meteorologist Ben Rich warned that Iberia will experience “pretty hot” weather for this time of year.

It is believed that temperatures could be 12C higher than the average temperature for May.

Rich added that while it is “fine and dry” it could also spark patchy rain across the north-west of Spain.

Weather maps on WXCharts showed the temperatures so “extremely hot” in Spain that the colour chart went from red to black. 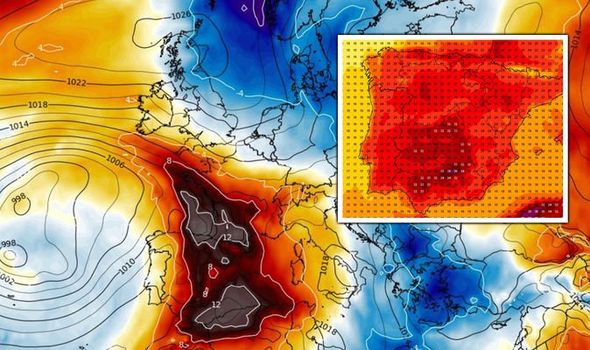 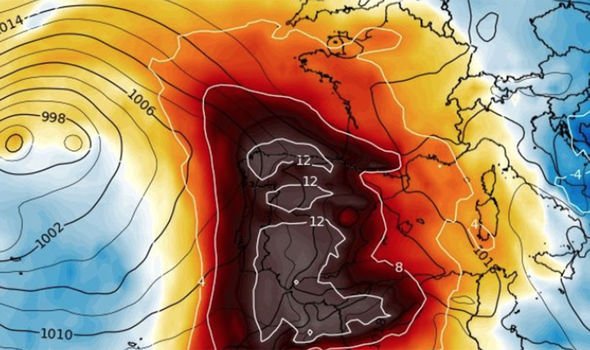 The lockdown eased on Friday, meaning that everyone was able to go for sanctioned walks and exercise for the first time since 14th March.

The warm weather is expected to last throughout the week, according to the long range forecast, before showers return to the region.

Meteorologists have traced the heatwave to a warm air mass that moved across Morocco into southern Iberia. 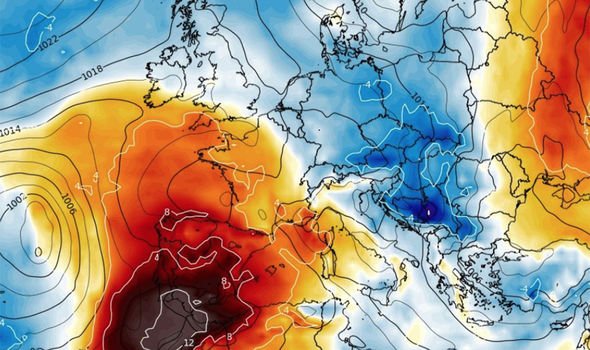 This weather front significantly strengthened on Sunday and is expected to get stronger by Monday.

Costa del Sol experienced temperatures as high as 33C on Saturday, according to AEMET.

In coastal areas temperatures will be lower, with the Levante region staying closer to 26 degrees. 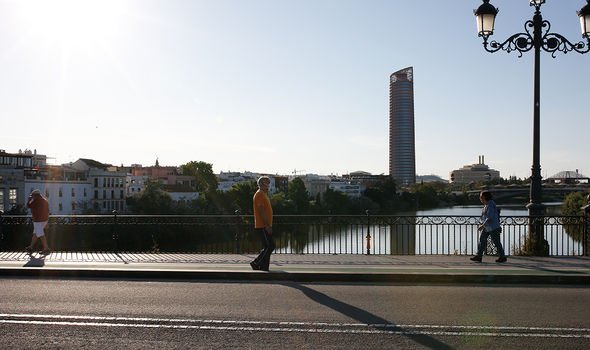 A WXcharts forecast tweeted: “Immense heat will be pumped into Iberia heading into next week, just as the initial stages of easing lockdown begin.

“People venturing outside for the first time since March may be in for a bit of a shock as temperatures rise >10-12C above average in places.”

In the UK, the latest BBC wewather forecast showed a weather systems set to ash the nation with heavy downpours next week before a return of blistering temperatures.

But towards the end of next week the weather is set to improve, with balmy highs taking over.