BBC Weather: Europe set for ‘a lot of snow’

Winter weather is returning to parts of Europe, as the latest BBC forecast shows “a lot of snow” blanketing parts of the continent. BBC meteorologist Tomasz Schafernaker warned that some “nasty weather systems” will be sweeping across the UK, the Netherlands and Germany over the next week. He said that Spain and Portugal will largely be spared the cold temperatures, as Madrid and Lisbon hit 20C on Sunday.

Mr Schafernaker said: “It has been pretty stormy for parts of the continent in the last couple days.

“There have been low pressures and nasty weather systems sweeping across the UK into parts of Holland, Germany as well. Very windy conditions there.

“You can see these weather fronts moving into the northern half of Europe so keeping things pretty unsettled and that’s how it will stay on Monday.”

This comes as Storm Klaus struck Germany, the Low Countries and Switzerland this week, reaching hurricane-like winds of 100km per hour. 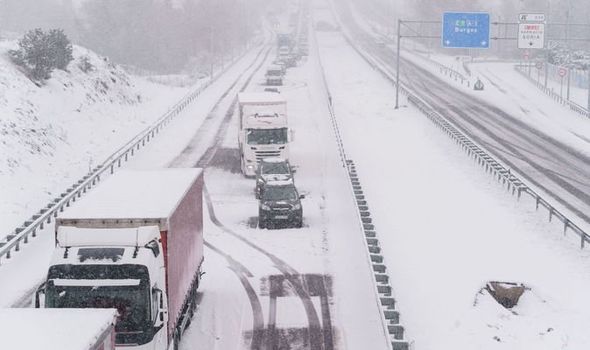 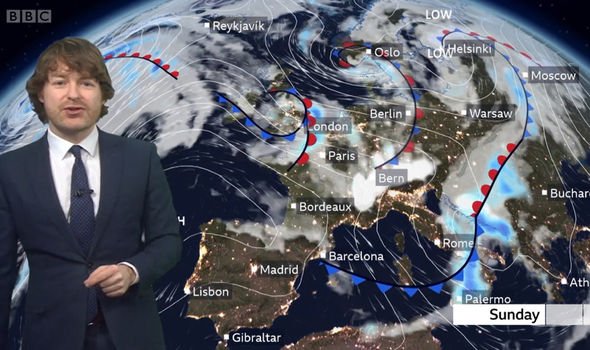 Mr Schafernaker added: “Another weather front is moving into the UK.

“Bits of rain there across Germany, turning very unsettled from the Alps down towards the Balkans as well.

“The weather is prety good for Spain and Portugal. We are closer to high pressure there so some sunshine for Lisbon and Marid. It will pass 20C here.

“But take a look on Monday at southern parts of Turkey and Greece where there are outbreaks of rain. 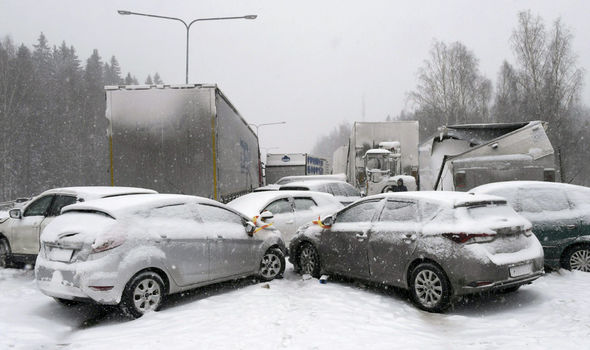 “There is some snow across the mountainous regions of Europe and rather a lot of snow to come around the Alps.

“It is some pretty unsettled for the UK, for Germany and into Poland as well on Monday.”

Looking at city forecasts, temperatures in London, Paris and Madrid will all fall by an average of 7C between Monday and Friday. 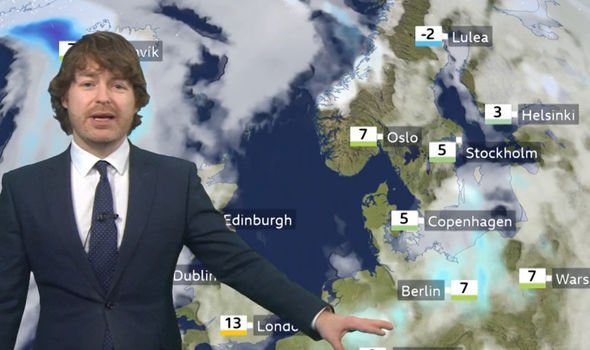 Earlier this week, heavy snowfall caused several accidents in Finland, even leading to a pile-up of dozens of vehicles on one national road near Helsink.

In the UK, BBC Weather forecaster Owain Wyn Evans said the country can expect more wet and windy weather over the weekend.

He noted that a new weather front will move into the UK through Saturday and bring with it strong winds and more rain.

Temperatures are expected to fall away as well but frost is unlikely due to the strong winds.