Snow is forecast to accumulate in the Scottish Highlands by the end of the day, according to meteorologist Carol Kirkwood. The weather presenter warned BBC Breakfast viewers that a northerly wind and cold air will be responsible for the freezing conditions. She also noted that temperatures will drop down considerably throughout the day.

Ms Kirkwood said: “We’ve got the northerly wind and cold air, so we’re likely to see some snow showers even down into sea level, across Shetland in particular.

“Down to about 200 metres, it will start to accumulate in parts of the Highlands.

“And it’s going to be a cold night, with temperatures as low as 2C.

“Though coming further south, it won’t be quite as cold.” 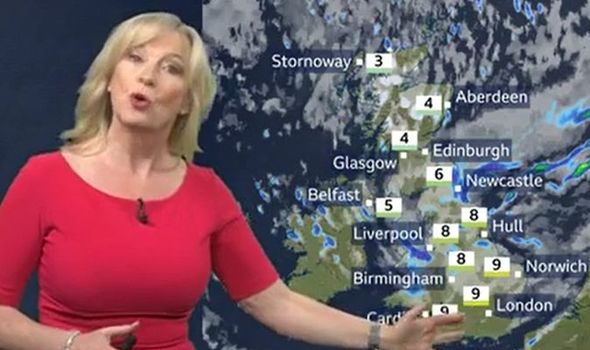 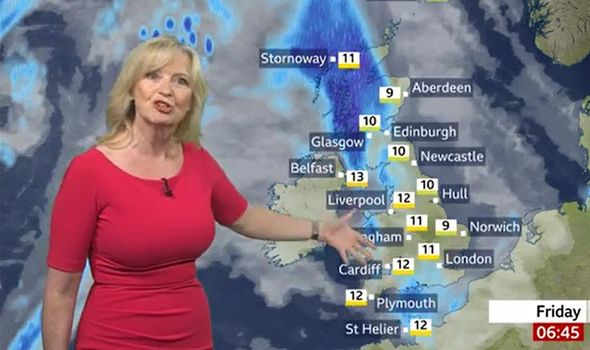 She continued: “The kind of temperatures that will greet the day are 15 degrees in Lossiemouth, 14 in Edinburgh and 12 in Manchester and London.

“But for some of us, those temperatures will actually go down through the day.

“That’s because as this weather front bearing rain continues to move from the west to the east, colder air follows on behind it.

“One look at those isobars tells you it’s going to be windy, especially in the north and also the west today.” 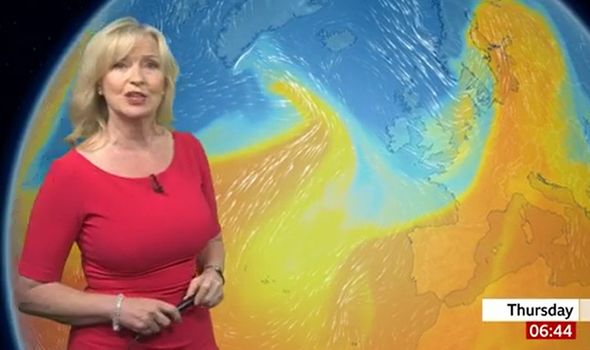 The BBC presenter added: “Now we’ve seen a lot of rain over the course of the night, and there’s more for you today.

“In the last 36 hours actually, there’s been 136 millimetres of rain, that’s almost five and a half inches.

“We’ve got some persistent rain ensconced across the northern isles.” 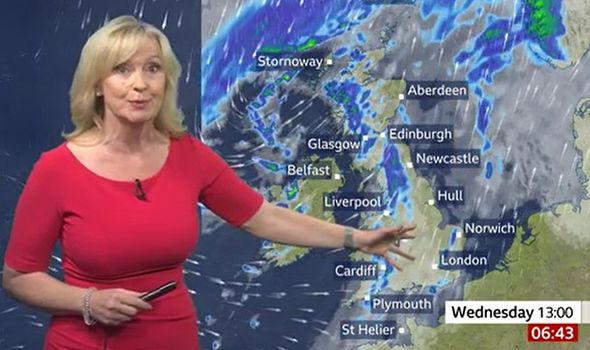 Ms Kirkwood told viewers: “Behind this weather front, we see a return to brighter skies and sunshine, but also some showers.

“Temperatures will go down – the 14 in Lossiemouth will drop to around nine degrees by the time we get to the afternoon.

“But as we come further south, we still are in the milder air.

“As we head on through the evening and overnight, there goes our weather front off into the North Sea.

“We’ve also got this weather front sinking south through the night.”