Mr Obama has recently endorsed his former colleague, claiming that choosing him as his Vice President was “one of the best decisions I ever made”, especially as he became “a close friend”. However, when the Democrats’ presidential candidate was still uncertain, it was not clear if Mr Obama thought Mr Biden was the best person for the job.He did not openly endorse him until it was clear he had no competition within the Democratic Party.

Last year, Time magazine noted: “Obama’s endorsement would have been a boost for BIden, whose candidacy draws on the warm feelings that many Democrats have for the eight years the pair spent in the White House.”

Yet, insiders claimed the former President did not want to endorse anyone during the early stages of the primary process.

In 2016, he waited until the primaries had concluded before endorsing Hillary Clinton.

Even so, the former world leader may have been wondering who would be best to continue his legacy in the White House back in 2017, when he was interviewed by Prince Harry. 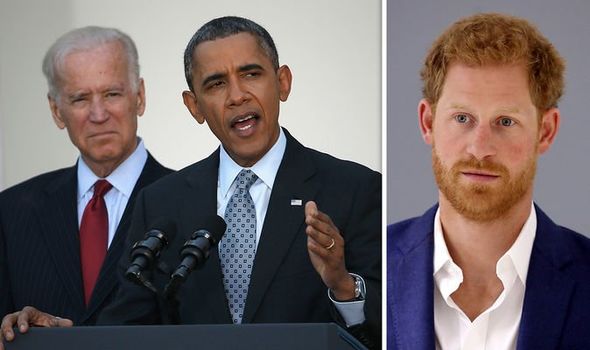 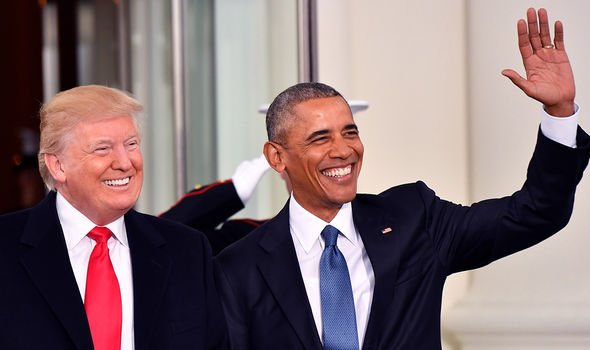 During the royal’s guest-edit of BBC Radio 4’s Today programme, Mr Obama explained how he felt upon leaving the White House.

He said: “There was a sense of completion, that we had done our work with integrity and left us whole, and that we hadn’t fundamentally changed, that was a satisfying feeling.

“Now that was mixed with all the work that was still undone and concerns about how the country moves forward.

“But you know, overall there was a serenity there, more than I would expect.” 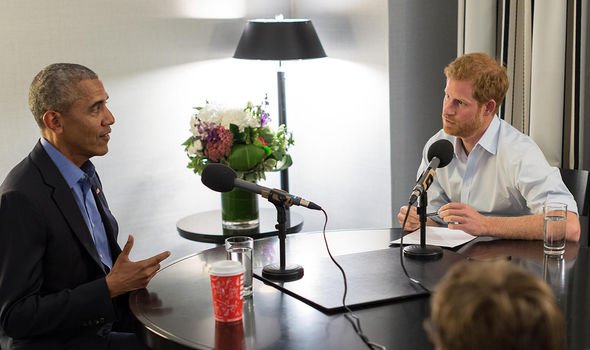 Although Mr Biden’s candidacy was far from certain — or even public — at the time of this interview, Mr Obama’s words that there was still work to be done were echoed in April when he finally endorsed his former running mate.

In the emotional speech, he said: “I could not be prouder of the incredible progress that we made together during my presidency.”

However, he added: “There’s too much unfinished business for us to just look backwards. We have to look to the future.”

Indeed, Mr Biden would be the candidate most likely to fulfil Mr Obama’s ambitions from his time in office, as he even referred to himself as an ‘Obama-Biden Democrat’. 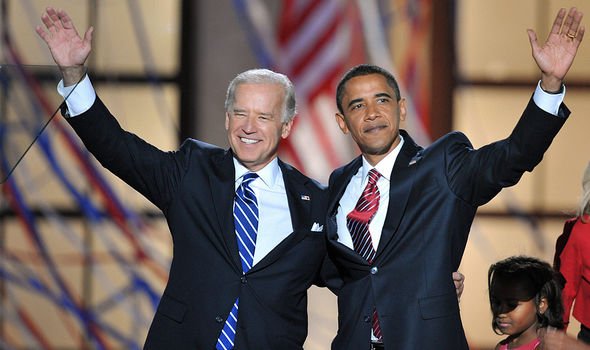 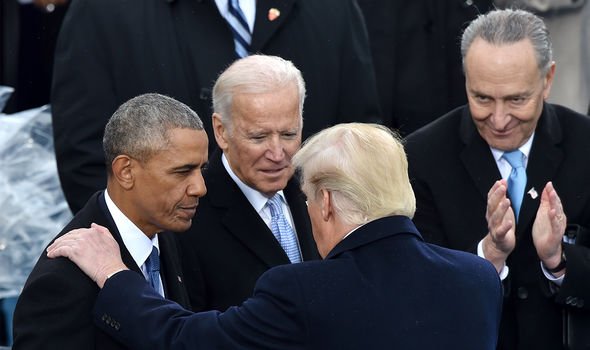 During that insightful interview with Harry back in 2017, Mr Obama also appeared to allude to President Trump without ever mentioning his name.

For instance, he warned against the use of social media — Mr Trump is an avid tweeter — and said “one of the dangers of the Internet is that people can have entirely different realities”.

He added that he had developed a thick skin in office, while Mr Trump has been consistently criticised for having a thin skin and being over-reactive to provocation since his inauguration.

Mr Obama and Harry’s friendship has blossomed over several years, and the Duke of Sussex is thought to have followed in the former President’s footsteps since leaving the Royal Family.

He and his wife Meghan Markle just signed a multi million deal with Netflix which echoes the Obamas’ contract with the streaming service to make documentaries.

The Sussexes also signed up to the same high-profile public speaking agency as them, suggesting the former royals were looking to make the same impact as the international figureheads.