More than a dozen officers from a key national narcotics unit were recently found to be involved in a drug operation. 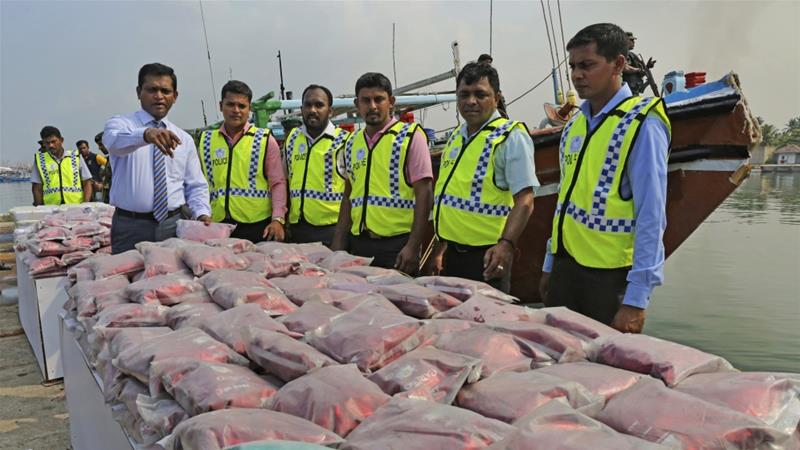 For years, authorities in Sri Lanka have tried to rid the Indian Ocean island nation of illegal drugs, even attempting to lift a decades-old moratorium on the death penalty to be able to execute drug offenders.

But a drug ring allegedly including more than a dozen officers from a key national narcotics unit has exposed how much of a challenge that goal brings.

It has also cast further doubt on police forces that have struggled to restore their public image after years of fighting for the government against the rebel Tamil Tigers in the country’s long civil war that ended in 2009.

The ring allegedly involved officers from the Police Narcotic Bureau who smuggled illicit drugs into the country by sea, stored them in safe houses, ran fake raids and then siphoned off a portion of the seizures to sell to drug dealers, pocketing millions in profits.

Nearly two dozen suspects – most of them narcotics officers – have been detained so far, and an arrest warrant was issued this week for the ring’s alleged mastermind, who is said to be hiding overseas.

“This is the first time a big incident like this has taken place in the history of our police,” Sri Lanka’s attorney general, Dappula de Livera, said in a televised speech, adding that it has “eroded public confidence in the police”.

Sri Lanka, located off the southern tip of India, is used by international drug traffickers as a transit hub, according to authorities, but the drugs passing through the country have left a serious addiction problem in their wake.

According to Justice Minister Ali Sabry, some 553,000 people – about 2.5 percent of the population – are addicted, which means one in every 40 people in the country is a drug addict.

Authorities also say that nearly 60 percent of Sri Lanka’s 30,000 inmates are in prison for drug-related offences, crowding facilities built to accommodate only 11,700. Drug-related court cases have gone up from 6,600 in 2015 to 16,000 last year.

“This is an alarming situation and we will eradicate the drug menace from this land,” Sabry said.

Police said they uncovered the ring involving the officers after a separate police narcotics unit seized 225kg (496 pounds) of heroin on May 15 from a house in Welisara, a small town about 21km (13 miles) north of the capital, Colombo.

Four civilian suspects were immediately arrested. A fifth suspect, a businessman believed to have played a key role in the ring, was picked up a month later in Minuwangoda, a town about 43km (27 miles) north of Colombo.

The businessman then told authorities about a group of narcotics officers involved in the ring, according to police.

In all, 18 officers from the Police Narcotic Bureau have been detained, along with five civilians. 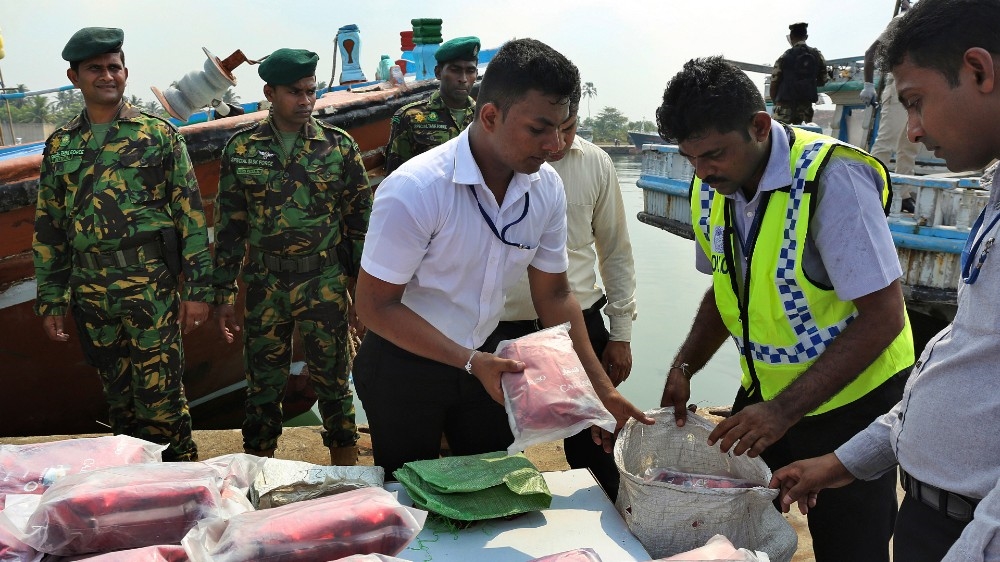 On Monday, a court in Colombo issued an arrest warrant for the alleged ringleader, Udara Sampath, who is believed to be in the United Arab Emirates.

“This is not a new thing,” said Kusal Perera, a political analyst in Colombo. “On previous occasions too, some senior police officers faced allegations of having links with drug smugglers. But this is the first time we have direct evidence to establish the collaboration between law enforcement officials and drug dealers.”

According to the investigation, the officers would meet international drug smugglers in fishing boats out in the Indian Ocean and help bring drugs to safe houses in Sri Lanka. A portion of the drugs would then be sold to dealers, and the rest would later be seized in raids by the officers, the attorney general department’s deputy solicitor general, Dileepa Peiris, told a Colombo court.

In one raid that investigators said was typical of the ring, the narcotics officers seized 243kg (536 pounds) of heroin smuggled by the sea, skimming 43kg (95 pounds) to sell to traffickers and presenting authorities with only 200kg (441 pounds), said police spokesman Jaliya Senaratne.

Adding insult to injury, during the three years the ring operated, the narcotics officers involved won cash awards and commendations from the government for making major drug busts, some of which were found to have been staged, according to the investigation.

Police say the officers amassed more than half a million dollars in assets, including land, vehicles and jewellery. Investigators found about 30 million Sri Lankan rupees (about $163,000) buried under some of the suspects’ land.

“We highly condemn these acts by a handful of officers,” said Ajitha Rohana, a senior officer with the national police. “We will strictly enforce the law. We will expedite investigations and our intention is to complete this probe before all other investigations.”

Rohana added that if the officers are convicted, his department would seek a death sentence for them. The death penalty has not been carried out in Sri Lanka since 1976. 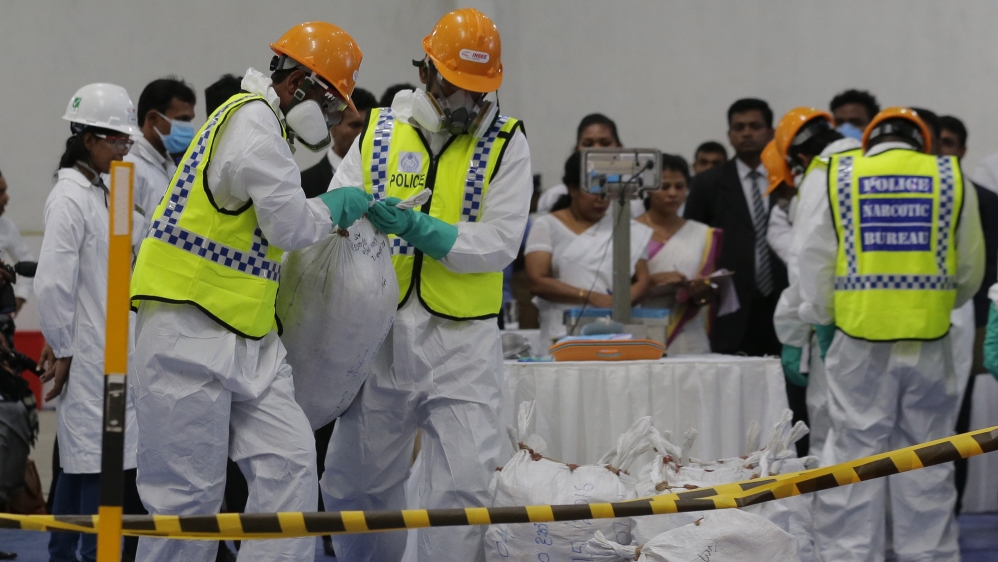 Former Sri Lankan President Maithripala Sirisena made an unsuccessful attempt to end the decades-long moratorium on capital punishment and implement the death penalty for those convicted of drug offences, calling the issue a “social catastrophe”.

Since his successor, Gotabaya Rajapaksa, was elected to office last November, police and security forces have intensified their crackdown on drugs, with suspects arrested almost daily.

But it remains an uphill battle. Perera, the political analyst, said the officers allegedly involved in the ring were hardly alone.

“When corruption is rampant, if anyone thinks that the narcotics bureau is clean and honest, it would have to be a joke,” he said.