The discovery was made along the south coast of France in what is now known as the Cosquer Cave, after its finder Henri Cosquer. First found in 1985, the prehistoric rock art engravings were not made public until 1991 – when three divers became lost in the passageway and died. A huge proportion of the cavern, including some of the wall art, was permanently or periodically submerged and destroyed by seawater, leaving only 150 pieces of art dating back to as early as the Upper Paleolithic.

They were revealed during World History’s “Cave Beneath The Sea” after divers travelled 175 metres down to find “unique” paintings of Great auk – an extinct species of flightless bird.

The 2018 series revealed: “To collaborate in the study of the paintings, one of France’s leading cave art specialists, Jean Clottes, was called in.

“He noticed several unusual things about the paintings.

“No cave art site had ever been found in the area which was far from the concentrations of well-known painted caves in France. 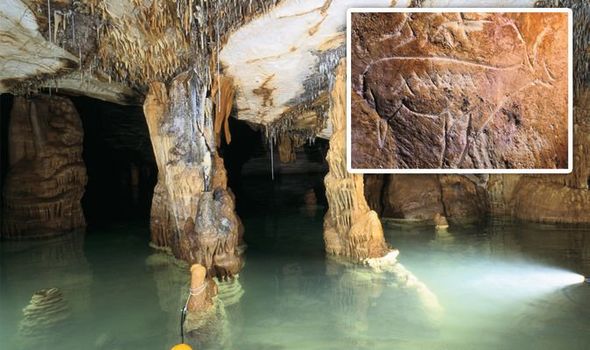 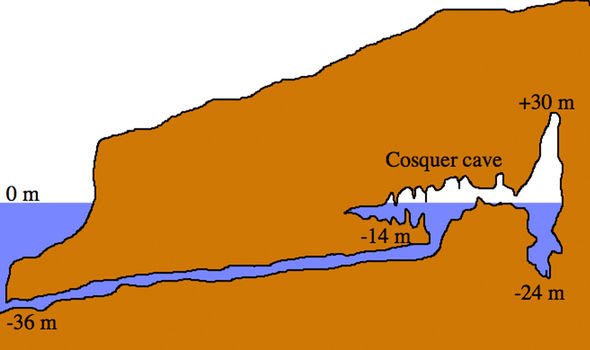 It is the oldest painting in the world

Cave Beneath The Sea

“Although images of seals like those in the Cosquer Cave had been found on engraved prehistoric objects, Great auk paintings were unique.”

Profesor Clottes was forced to watch through a live camera stream as a team of divers explored the cave.

He explained: “I didn’t go into the cave because I’m not a diver, but I can say I’ve been inside the cave through the photographs.

“Also, through the eyes of my friend Jean Courtin.

“So through the cameras, I monitored what was going on inside the cave for the whole afternoon.” 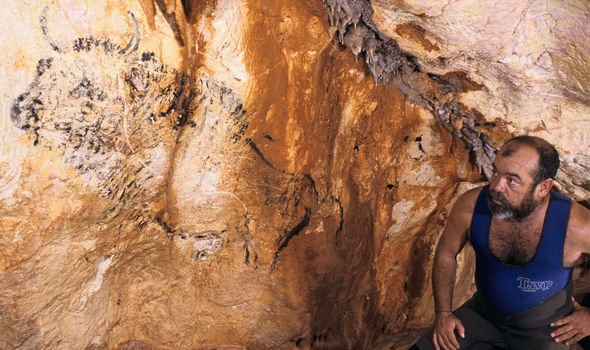 But Professor Clottes and the rest of the team were baffled after discovering the art was not the work from just one historic period.

Among the surviving drawings were 65 hand stencils dating back 27,000 years and also newer art which dates back 19,000 years.

The series added: “Jean Courin radiocarbon-dated the paintings to between 18,000 and 19,000 years ago.


“He was even more surprised when he obtained a much older date for the hands, 27,000 years. 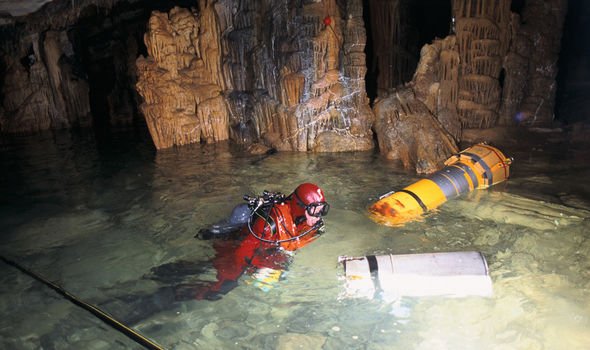 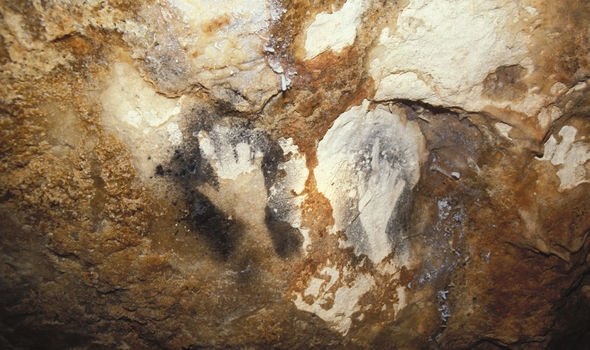 “It is the oldest painting in the world for a prehistoric period.

“So the carbon dating evidence shows that there have been two separate periods of human activity within the cave, both far back in the late Ice Age, a time when the climate was much older.

“It was a time when extinct animals such as mammoths roamed Europe’s vast windy prairies alongside more familiar animals like reindeers, horses, bison and musk.”

During the glacial periods of the Pleistocene, the shore of the Mediterranean was several miles to the south and the sea level up to 100 metres below the entrance of the cave.

Cosquer Cave is significant because it is situated in an area where no Palaeolithic art had ever been found before.

This underlines the possibility that many prehistoric coastal caves around the Mediterranean in France, Italy and Spain have been lost to rising sea levels, along with all their cave paintings and other artworks.

Archaeologists estimate that if Cosquer had remained above sea level, it would now contain something like 600-800 animal images alone.