Between 2013 and 2017, archaeologists were overwhelmed with stunning discoveries as they dug through a Canaanite temple from 12th century BC. Among the artefacts was a pair of “smiting gods”, which took the form of unhewn standing stones representing temple deities. According to the project report titled ‘The Level VI North-East Temple at Tel Lachish’, they were discovered inside the temple’s inner sanctum.

Their location could suggest that they were highly important, as they were resting in “the innermost part of the structure and on its central axis, directly opposite the main entrance”.

Author of the report, archaeologist Professor Yosef Garfinkel, tells of how the figurines are commonly identified with two Canaanite gods, Baal or Resheph, who are both known as war gods.

He adds however that “it is impossible to identify our figurines with either due to the lack of clear attributes”.

As the article states, the god figurines are around 10cm and 8.5 cm tall. 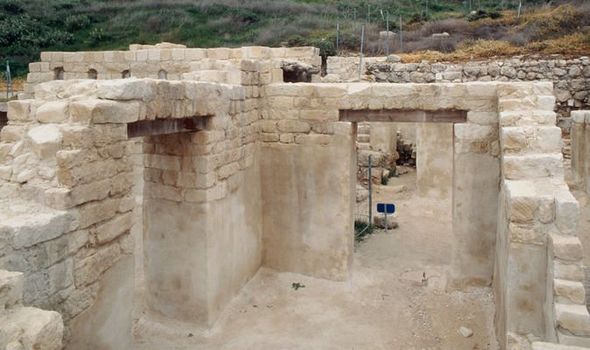 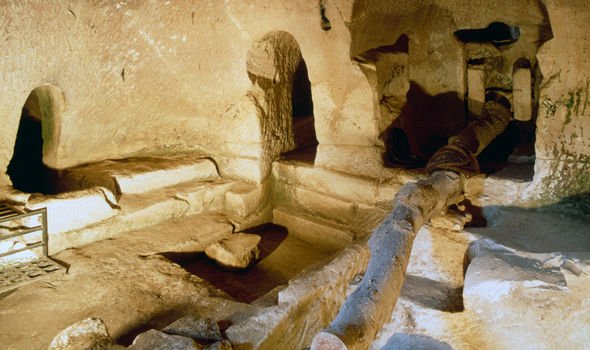 Mr Garfinkel adds: “They are made of bronze with remains of a silver coating, especially on their faces.

“Both figurines represent a male figure in a marching stance with his right hand raised.

“Figurine A’s arm was preserved; it holds a weapon that seems to be a mace or club that is attached to the figure’s forehead. Both figurines wear a short kilt and a tall hat.

“Below their feet are pegs that were used to attach the figurines to wooden stands, as attested by the remains of wood.” 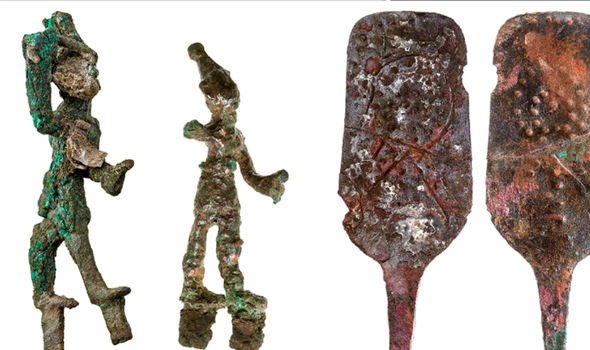 According to other remains found on one of the gods, including beads and indications of a necklace, one of the artefacts may have been worn as a pendant.

In a press release following the lengthy research project, Mr Garfinkel said the four years’ worth of finds were “breathtaking”.

He added: “Only once every 30 or 40 years do we get the chance to excavate a Canaanite temple in Israel. What we found sheds new light on ancient life in the region.

“It would be hard to overstate the importance of these findings.”

Among the other items recovered from the ancient rubble was a bronze cauldron, weapons and jewellery belonging to the people of Lachish, a region south west of Jerusalem. 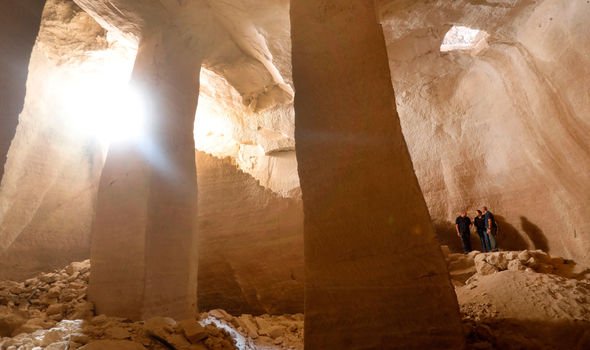 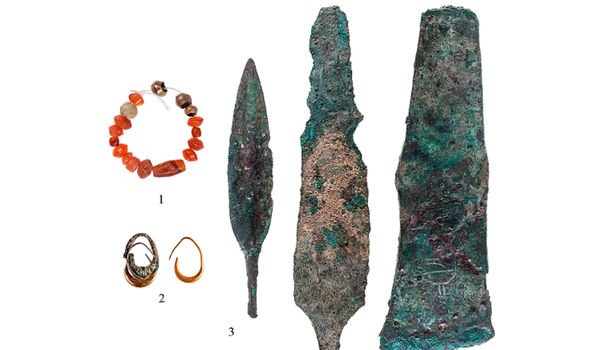 It was the home of a Semitic speaking civilisation which controlled Judean lowlands as well as multiple Canaanite cities in Israel.

The Lachish region was built around 1800 BCE, and was mentioned in the Bible.

But it was later targeted by Egyptians 250 years later and ultimately decimated.

The temple discovered by archaeologists represents a once-in-a-lifetime unearthing.

According to the researchers, the building boasted a front area that was marked by two columns and two towers, which led into a large hall.

From there, an inner sanctum was traced by four supporting columns.