The discovery was made during Channel 5’s new series ‘A Greek Odyssey,’ as its presenter – Ms Hughes – embarked on a journey across the Greek Islands, from the coast of Turkey – where the mythical Trojan War took place – to the island of Ithaca in the west of Greece. During the first episode, which is set to air on June 12, Ms Hughes visited the ancient Greek Theatre of Mytilene, located on the island of Lesbos, which came to later be used by the Romans as a design prototype for their magnificent coliseums across the empire. Ms Hughes revealed how an incredible find was made inside the theatre, which showed the importance of Greek gods and goddesses to the Roman gladiators after they took over in 88BC.

In a preview seen by Express.co.uk, Ms Hughes said: “Lesbos is home to an intriguing architectural treasure that tells us just how important these bloodthirsty legends were to the ancient Greeks.

“This was the greatest theatre in the ancient world, huge crowds would have flocked here to watch stories sparked by tales of the Trojan War and the adventures of its heroes – one way that myths were passed down through the generations.

“Roman troops conquered Lesbos in 88BC and were inspired to make copies of this very theatre across their vast territories.

“One Roman general was so impressed by this place, he was determined to build his own one, only bigger and more splendid and that would become the first-ever stone-built theatre in Rome that was copied and replicated across the Roman Empire.” 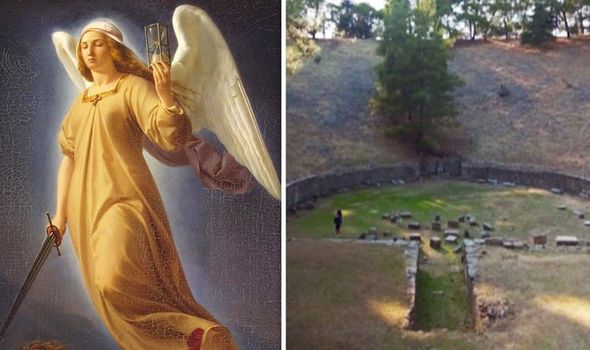 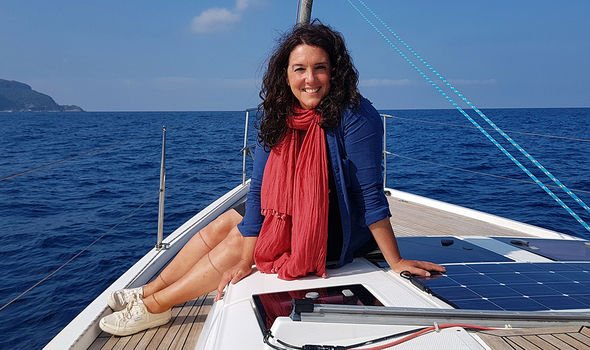 Ms Hughes went on to explain how an incredible breakthrough was made recently, the discovery of a temple dedicated to Nemesis – the goddess of divine retribution and revenge.

She added: “We know that this theatre could seat up to 10,000 spectators and the walls here are quite different, because you never normally get walls.

“But, there’s a very good reason they are here. When the Romans took over, they adapted this theatre and they were definitely more bloodthirsty than the Greeks.

“So rather than just watching theatre here, they put on gladiator conquests and they had to build the walls because these were fights to the death, so the spectators behind would be protected. 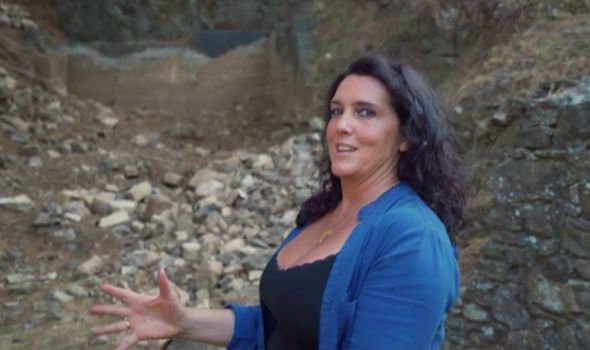 “At first glance, this might just look like a pile of rubble, but it’s actually something much more exciting – just a couple of months ago, archaeologists discovered a whole new temple here built by the Romans for the goddess Nemesis.

“It makes sense if you think about it because gladiators were fighting here to the death, so they had to try to keep the goddess of fate on their side, it’s a reminder that the gods were ever-present in the lives of the ancients.”

Speaking to Express.co.uk ahead of the release, Ms Hughes explained how the discovery helps provide an insight into life almost 2,000 years ago. 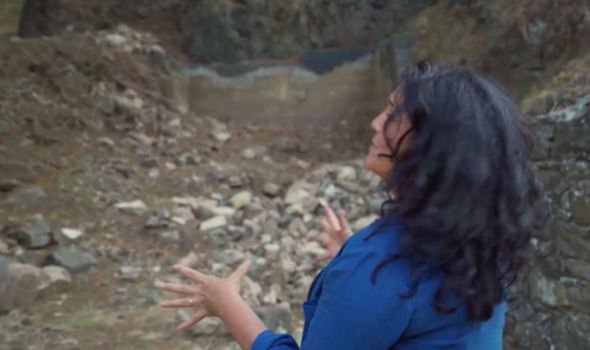 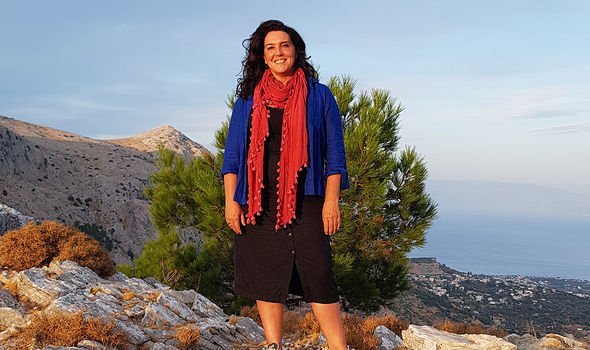 She said: “This discovery is really recent, they just didn’t know it was there.

“It’s amazing because the theatre was re-used for gladiatorial flights, so you can really imagine these gladiators pumped up and placing their lives in their hands.

“They would want to keep the goddess of fate and retribution on their side, it makes sense that the temple for that goddess was inside the theatre.”