Brandishing flags and chanting slogans, thousands gather in the capital to demand Abdelaziz Bouteflika step down.

Tens of thousands of Algerians have once again taken to the streets of the capital to demand that ailing President Abdelaziz Bouteflika quit immediately.

Carrying Algerian flags and chanting anti-Bouteflika slogans, protesters on Friday braved cold weather and light rain as they gathered in central Algiers, the site of weekly demonstrations since February 22.

Amid growing pressure, Bouteflika on March 11 abandoned his bid to seek a fifth term at the helm of Algeria, a key petrol exporter. His announcement that he would not seek another term caused instant celebrations.

But the protesters’ joy was short-lived as the president also announced that elections scheduled for April 18 would be postponed and declared his intention to preside over a transition period – both moves that prompted critics to accuse the 82-year-old of attempting to prolong his 20-year rule.

Noureddine Bedoui, who was named prime minister earlier this month, has since struggled to form a cabinet that has been tasked with managing the transition. 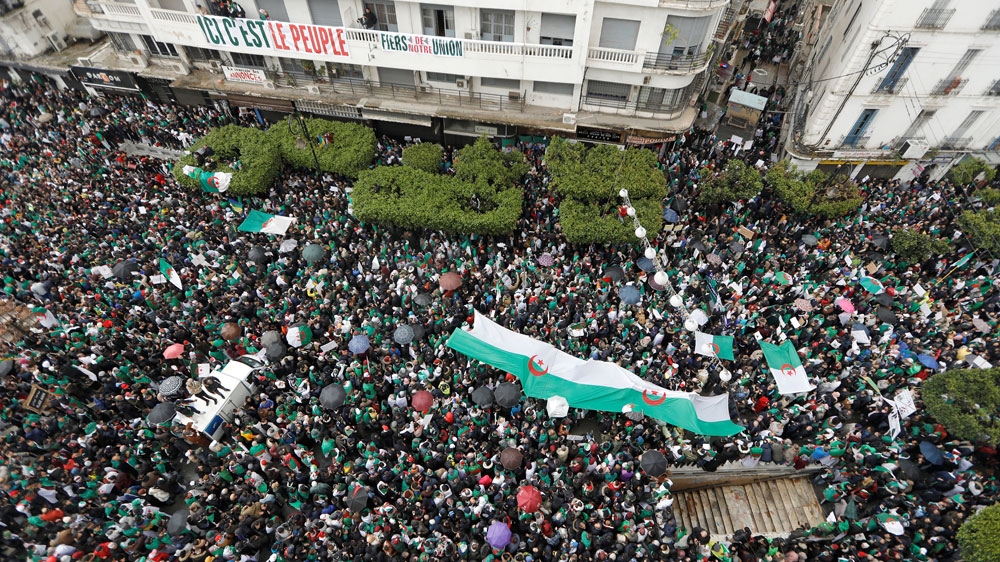 According to the Maghreb Emergent news website, Bedoui has reached out to more than 300 people since his appointment.

“They have called academics, trade unionists, civil society actors, doctors, journalists, lawyers, businessmen, artists and even a few activists from the popular movement,” a source close to the prime minister’s office was quoted as saying.

“What’s being said is that these people have all refused politely.”

This comes as analysts are noting a change of tone in the discourse of powerbrokers, including the country’s powerful military.

In recent days, members of the ruling National Liberation Front have also thrown their weight behind the protesters, in an apparent move by some members of Algeria’s old political guard to cut ties with Bouteflika, who has been confined to a wheelchair since suffering a debilitating stroke in 2013.