US President Joe Biden has said he does not regret his decision to withdraw from Afghanistan, as officials say three more provincial capitals have fallen to the Taliban.

Nine out of the country’s 34 provinces are now in the insurgents’ hands as US troops continue their withdrawal.

The fall of the capitals of Badakhshan and Baghlan provinces to the northeast and Farah province to the west put increasing pressure on the country’s central government to stem the tide of the Taliban’s advance. While Kabul itself has not been directly threatened in the advance, the offensive continues to stretch Afghan security forces now largely fighting against the insurgents on their own.

President Biden has ordered all US troops out of the country by the end of the month.

“Afghan leaders have to come together,” Mr Biden told reporters at the White House, saying the Afghan troops outnumber the Taliban and must want to fight.

The US president said he does not regret his decision to withdraw, noting that Washington has spent more than $1trn over 20 years and lost thousands of troops.

He said the US continues to provide significant air support, food, equipment and salaries to Afghan forces.

In Kabul, Afghan President Ashraf Ghani said he was seeking help from regional militias he has squabbled with for years. 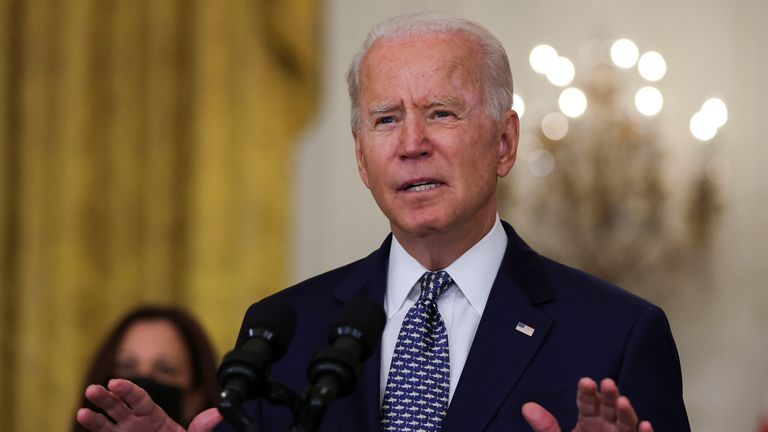 He appealed to civilians to defend Afghanistan’s “democratic fabric”.

Tens of thousands of people have fled their homes in northern Afghanistan to escape battles that have overwhelmed their towns and villages.

Families have flowed into the capital, Kabul, living in parks and streets with little food or water.

At least 60,000 people, more than half of them children, have fled their homes in Kunduz alone since the weekend, Save the Children said 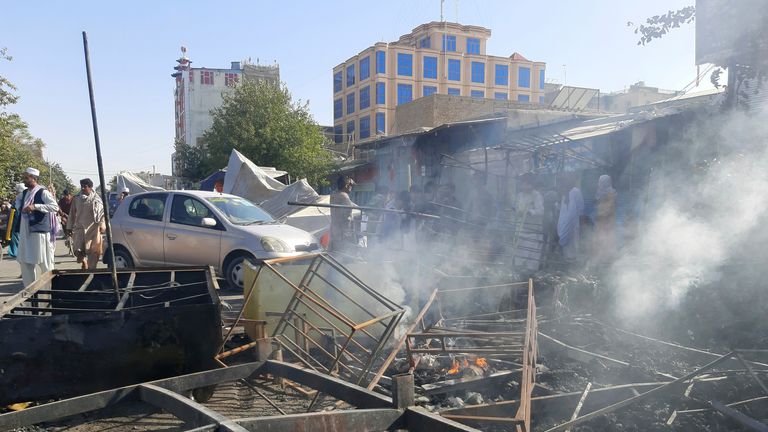 On Tuesday, residents described bombardment, gunfire and airstrikes pounding their neighbourhoods in multiple parts of the north, with civilians caught in the crossfire.

Some said that as the Taliban captured towns, it hunted down and killed male relatives of members of the police forces and quickly started imposing new restrictions on women.