LOS ANGELES/PETEN, Guatemala (Reuters) – On Aug. 24, after waiting for five months in the violent Mexican border city of Ciudad Juarez for a U.S. asylum hearing, Elida, a Guatemalan migrant, decided to send her disabled 12-year-old son Gustavo into the United States alone. 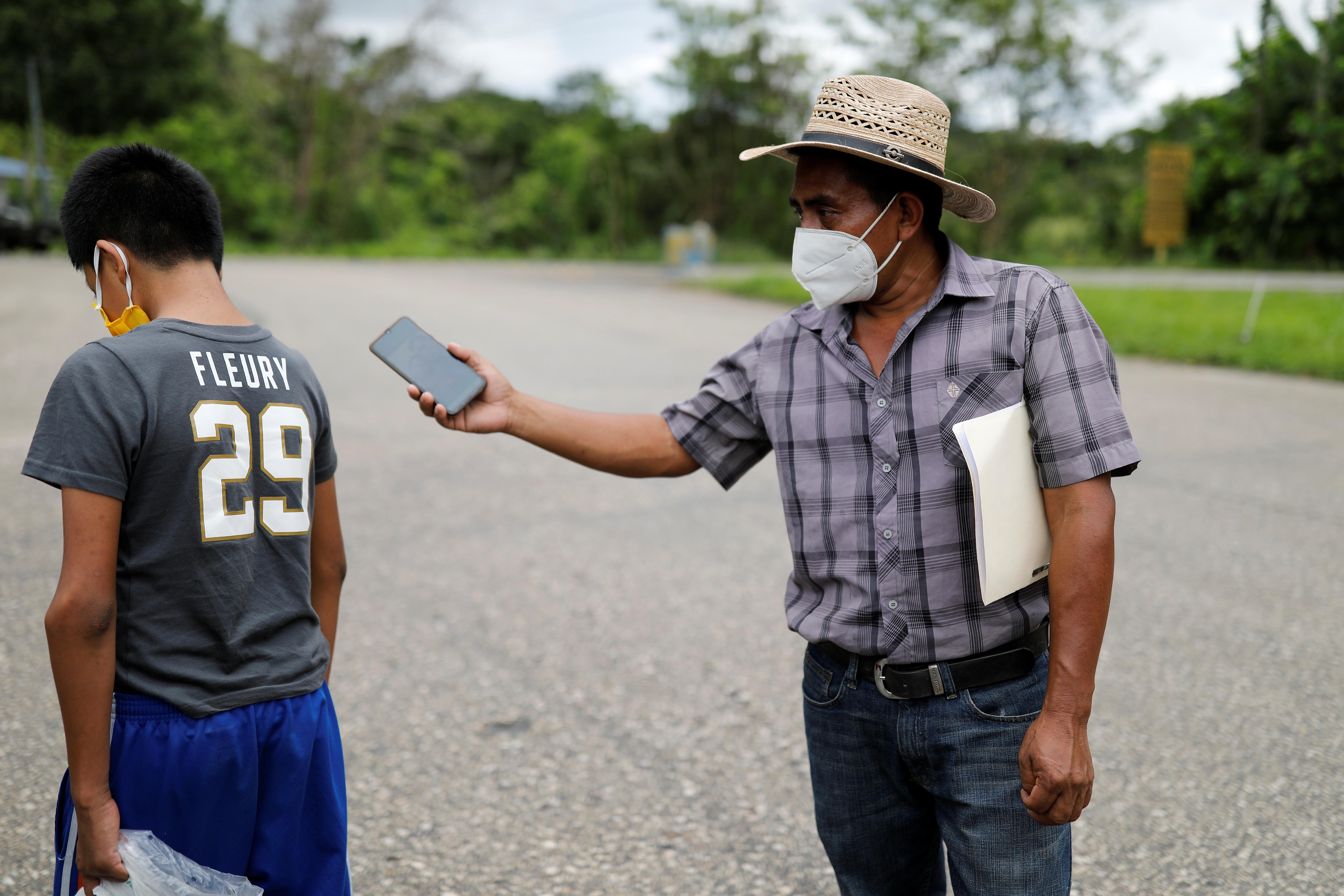 Elida feared for Gustavo’s safety in Mexico, after a stranger tried to take him from her, she said. She had been told by other migrants that as an unaccompanied child Gustavo would be detained by U.S. immigration agents and then released to his grandfather who lives in South Carolina.

She took him to a park near the bridge connecting Ciudad Juarez to the Texan city of El Paso, gave him his birth certificate, tucked scraps of papers with family phone numbers into his clothes, hugged him goodbye and then watched him walk into the United States.

The same day, Gustavo’s family says his grandfather got a call with what they thought was good news – the boy was in the United States and authorities wanted the family’s address.

Then, Gustavo effectively vanished. No further word came about his whereabouts.

Elida, 44, who asked to be identified only by her first name for safety reasons, was already racked by guilt, feeling that she had abandoned her son. Now, she was panic stricken.

She would not learn about his whereabouts for nearly a week, until a Guatemalan news blog posted on Facebook that Gustavo was in Guatemalan government custody and that officials were trying to locate his parents.

The story of how Gustavo disappeared and then reappeared in Guatemala is emblematic of what U.S. immigration rights activists say is an opaque, chaotic new system that President Donald Trump’s administration has implemented to expel migrants, including unaccompanied children, during the pandemic.

Under an emergency health order issued in March, which the Trump administration says is necessary to stop the spread of the coronavirus, the United States has expelled thousands of unaccompanied children under the age of 18 without giving them the chance to claim asylum, bypassing long-standing protections under U.S. law.

As of June, Customs and Border Protection (CBP) figures indicate some 2,000 minors had been expelled. More recent numbers are not available.

The American Civil Liberties Union (ACLU), which is suing the government over the expulsions, has said the order goes further than anything the Trump administration has done to restrict access to asylum, leaving “almost no avenue open to seek protection.”

The U.S. Immigration and Customs Enforcement agency declined to give information about the circumstances of Gustavo’s case. ICE requested that Elida sign privacy waivers to allow the agency to talk about her and her son’s case. After these were provided, they referred questions to CBP, which declined comment on the specifics of the case.

Matthew Dyman, a CBP spokesman, said the emergency order applies to everyone, “no matter their disability or age.”

While U.S. officials do have discretion, exempting groups of people from the order “defeats the whole purpose and puts everyone at risk,” Dyman said in response to questions from Reuters. Dyman said providing details about exemptions could be exploited by human smugglers.

As it prepares to fly children to their home countries, the government has been holding them in hotels with unlicensed contractors to look after them, for days or sometimes weeks, according to court documents.

Attorneys say the children’s personal information is not recorded in the usual computer systems, making them almost impossible to track.

The nonprofit Kids In Need of Defense (KIND) said it has been able to help about 70 children through a patchwork of private attorneys, family members and advocates.

“A drop in the bucket,” said Jennifer Podkul, KIND’s Vice President for Policy and Advocacy.

The organization said it was aware of some Central American children who had been returned across the border to Mexico alone, and others who had been sent to their home countries without their parents’ knowledge. They said they have also received frantic phone calls from parents looking for their children.

U.S. law has long held that children need extra protections from trafficking and exploitation. Before the March order, unaccompanied children would be moved quickly into short-term foster care or shelters overseen by the federal Office of Refugee Resettlement (ORR), until they could be released to vetted sponsors, usually family members.

ORR’s network is operating far below its capacity of 13,600 taxpayer-funded beds. As of Sept. 3, it was housing 1,039 children. Some 159 children in ORR custody had tested positive for the coronavirus as of that date, the agency said in a statement to Reuters.

Four days after Gustavo’s grandfather received the call from the U.S. official, the family had still heard no further word on Gustavo’s whereabouts.

Lindsay Toczylowski, who runs the Immigrant Defenders Law Center in Los Angeles, said she heard about the case from another lawyer and emailed immigration officials to ask where Gustavo was.

She received an email saying ICE was working on placing Gustavo in a U.S. shelter. But minutes later, that message was recalled and a new one arrived from a different deportation officer. Gustavo had already been expelled to Guatemala, alone.

On Aug. 30, six days after she had said goodbye to her son, Elida saw on Facebook that the Guatemalan government was searching for Gustavo’s parents “with great urgency.”

Elida was still in Ciudad Juarez, fearful for her safety but also afraid to return home.

‘WANTED THE BEST FOR HIM’

Elida and Gustavo left Guatemala after she received death threats following a family dispute, she said. Gustavo, who has deformed limbs and learning difficulties, had also been attacked by a child wielding a machete several years ago.

His foot was cut to the bone and the injury still makes it difficult for him to walk, she said. Apart from the physical deformities he was born with, Gustavo struggles to speak to people outside his immediate family.

“God made my child that way,” she said. “I’ve always accepted him as he is.”

Mother and son arrived at the U.S.-Mexico border in February, planning to ask for asylum. They were sent by U.S. authorities to Ciudad Juarez under the Migrant Protection Protocols, a Trump policy which sends some non-Mexican migrants to Mexico to await their U.S. immigration court hearings.

Elida became a fruit seller to earn money to rent a room and buy food. The neighborhood was violent, she said, and she worried about leaving Gustavo during the day. One day when she went to get water, she heard a gunshot and saw a dead body lying in the street.

On Aug. 22, a man tried to grab Gustavo from her in the street, she said. Reuters could not independently verify her account, but advocacy group Human Rights First has documented hundreds of kidnappings and attacks on migrants waiting in Mexico for their U.S. court dates.

Two days later, Elida took Gustavo to the border. “I felt sad because I’d left him,” she said. “But I told myself it was for his good. I’ve always wanted the best for him.”

It was the first time they had been apart since he was born.

On Sept. 5, almost two weeks after he walked across the border alone, Gustavo was reunited with his father Juan in their remote village in the mountains of northeastern Guatemala. The family reunion was organized by government officials.

He stepped off a bus and looked around, disoriented, Reuters witnesses said. At first he did not appear to recognize his father, who said softly to him, “Come here my son.”

Juan hugged him, crying, and said, “Look how they sent him to me, they deported him as if he were grown-up, as if he were a criminal, and he is a child.”

Juan called Elida to tell her that Gustavo had arrived. “Talk to your Mom and say hi to her,” Juan said to his son, trying to hand him the phone. 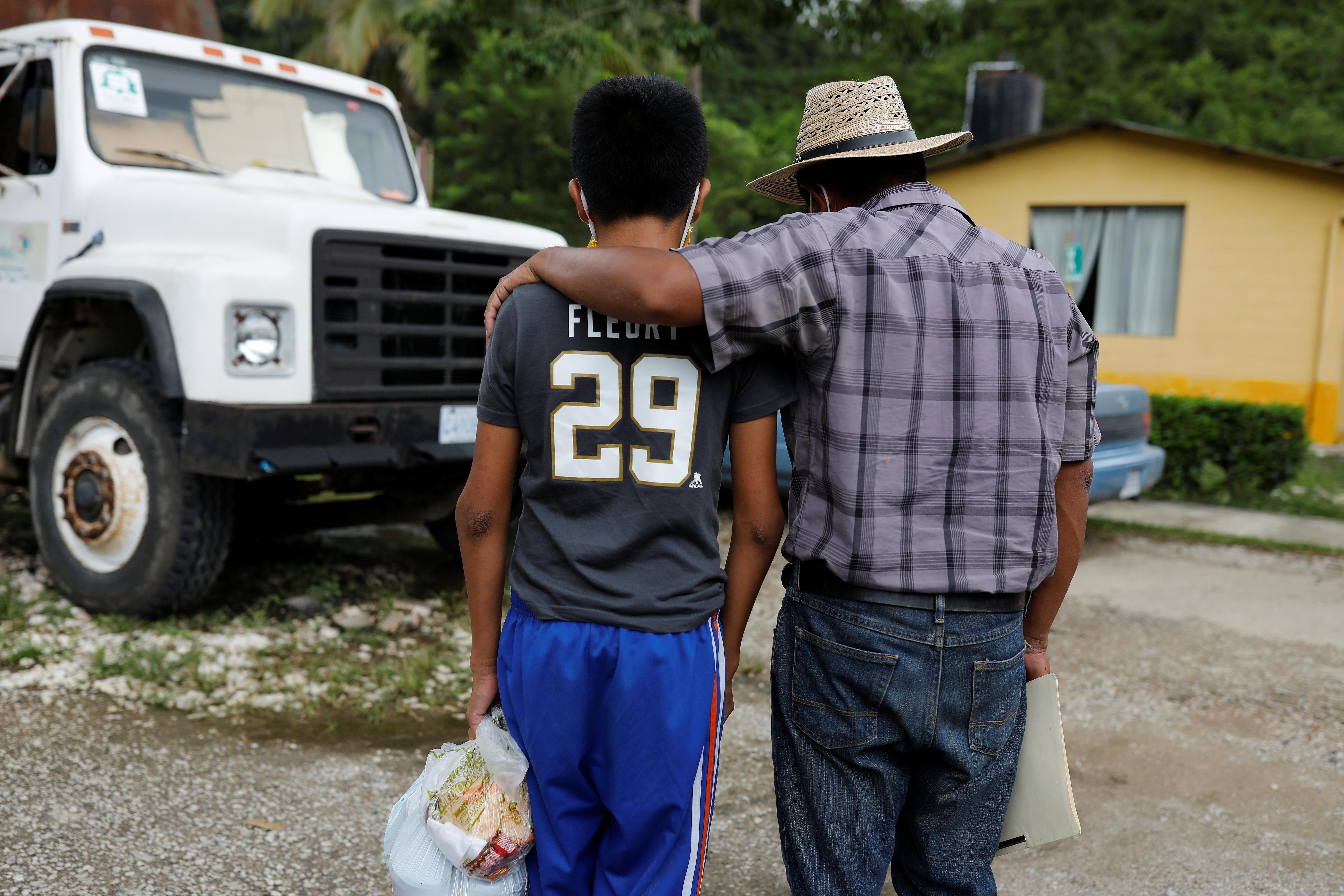 Gustavo burst into tears and refused to talk to her.

He has not forgiven her for leaving him, Elida said. Then she, alone in Ciudad Juarez, also began to sob.